When Ann Haase Kehl began working as the program coordinator at the Women in Science and Engineering (WISE) residential learning community at the University of Wisconsin–Madison, she assumed responsibility for the nuts and bolts of scheduling and arranging. But as she grew into the job, her true forte became supporting the 60 to 90 women who lived in the community at any one time.

In September, Haase Kehl retired after 15 years helping to support women entering fields where they have traditionally been rare. Part of her job was listening and encouraging. To help calm the fears and stresses of new college students, she says, she began teaching a weekly meditation class “as a way to help them work with their own understanding of themselves, to value themselves as worthy and able in fields that were not necessarily highly represented with women.” 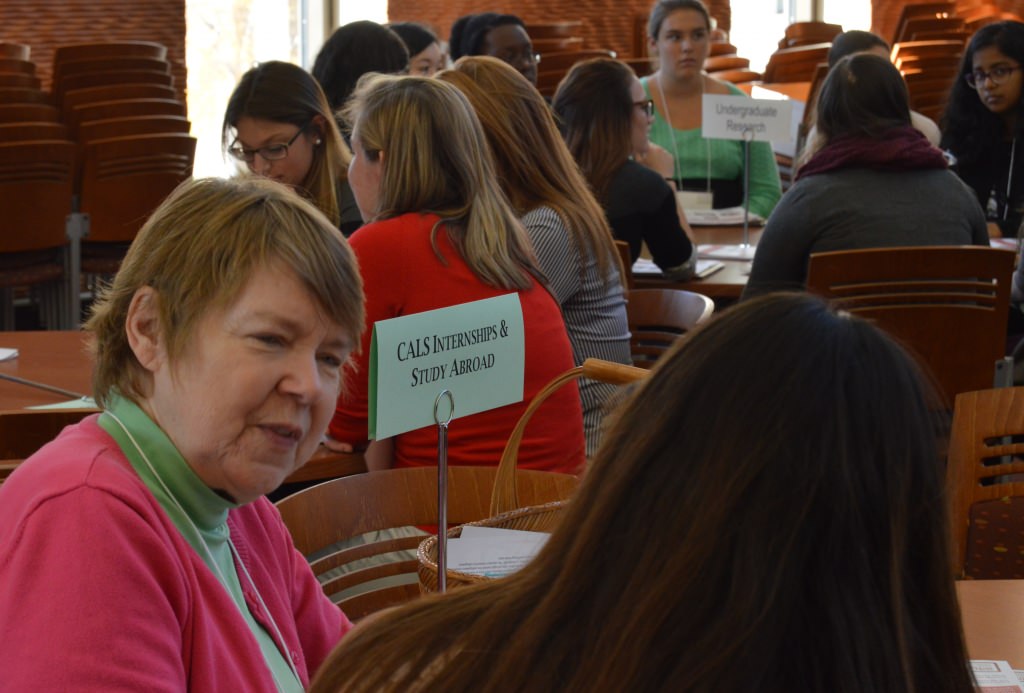 Ann Haase Kehl listens to and encourages members of the Women in Science and Engineering residential learning community.

“She was always a very welcoming, open person,” says Michelle Lei, a sophomore majoring in mechanical engineering. “I would always be happy after talking to her, even if I was having a bad day.”

“We stressed the concept of implicit bias,” the now-accepted notion that stereotypes that exist beneath consciousness can affect emotions, decisions and behavior, she says. “Sometimes implicit bias was new information for them, and it was very empowering. Some of the women were already in classes where they were feeling pretty outnumbered.”

WISE started in 1996 at Elizabeth Waters Residence Hall and returned there this fall after the hall was completely remodeled. Most of the 86 residents this semester are in their first year of college, although a limited number of sophomore or junior “peer mentors” are invited to return to live alongside the newcomers. 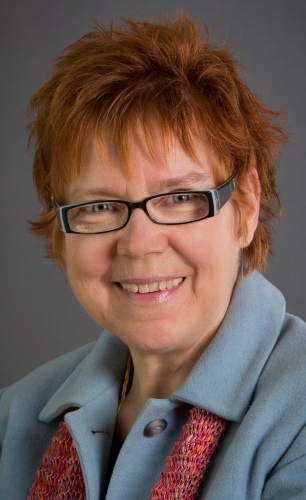 Haase Kehl was a counselor working in marriage and family therapy and treatment for alcohol and other drugs before she started at UW–Madison in 2001.

“In private practice, I had a lot of undergraduate students who, by the time I saw them, were having difficulties that could have been addressed earlier. They were suffering immensely, and I became interested in being in on the other end, to support them proactively, and prevent that kind of suffering.”

At first, she says the job “was pretty much basic administrative support, ordering buses, thinking about food for events, that kind of detail. But it morphed into something where I was a lot more engaged in their careers, in academic support.”

Curiously, although it was often impossible to know if she had made a difference, “sometimes it was very direct and clear,” she says. For example, one student who came from another state was very vocal in her appreciation. “She’d run questions by me, about her major or career. She made it through some early challenges in courses and was turning it around.”

“If there was any issue you needed to talk about, she was always there for you,” says Lei, who is now a peer mentor in the program. “She always promoted being a strong, confident woman, but that you needed to take time for yourself as well.”

Faculty director Kristyn Masters, a professor of biomedical engineering, says Haase Kehl “offered a stress-free environment for the student to communicate their concerns; she had meditation sessions and offered tips on stress reduction to give students a safe place to unwind, find some peace, and get re-centered, so they could focus on classes and find a way through the craziness of the first semester.”

“She always promoted being a strong, confident woman, but that you needed to take time for yourself as well.”

Masters handles the academic aspects of the residency. She says the seminar series last year attracted, as speakers or guests, about 60 female faculty from the STEM fields (science, technology, engineering and math). “This was a tremendous buy-in from across the campus community, recognizing that the mission of WISE is important, and serving as role models for young women in STEM fields.”

The focus at WISE “is enabling future academic and career success, using networking, role modeling and mentoring,” Masters says. “But you can’t succeed by those things alone, and I saw Ann as a critical, complementary component to help support the students’ overall well-being.”

Among the many challenges of the job, Haase Kehl says she emphasized “working to help students generate agency. I wanted them to avoid treating school as a consumer sport. I wanted to help them take responsibility for engaging actively with UW–Madison, to make it the kind of experience they wanted and needed. The challenge was lighting that creative, engaged spirit on their part.”