From bugs to plants to animals, for all living things to grow they must create more cells. To do so, each existing cell, whether in an embryo or an adult, receives cues to copy its chromosomes — large pieces of DNA that contain each cell’s entire genetic code. In a carefully and elegantly controlled process, each cell then divides into two.

However, this process can also go awry. If chromosomes are not correctly distributed to the two “daughter” cells, the new cells may die or grow uncontrollably, a hallmark of cancer. In fact, up to 90 percent of solid tumors are marked by a condition known as aneuploidy, where cells contain an incorrect number of chromosomes. 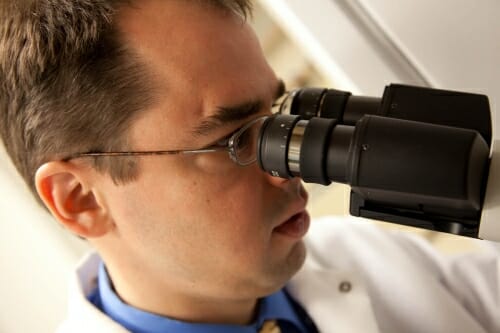 “It’s really important to understand the basic mechanisms of how chromosomes segregate in normal cells, and then look at whether those mechanisms are different in cancers,” says researcher Mark Burkard. Courtesy of UW Carbone Cancer Center

“We don’t really understand how chromosome mis-segregation happens in cancer,” says Mark Burkard, a medical oncologist and researcher with the University of Wisconsin–Madison Carbone Cancer Center. “One of the big disappointments, and opportunities, is that we know all these other genes that are mutated in cancers, but no one has really found the smoking gun for how chromosome segregation goes wrong.”

Burkard and two of his UW Carbone colleagues — Beth Weaver, associate professor of cell and regenerative biology, and Aussie Suzuki, assistant professor of oncology — are leading efforts to better understand chromosome segregation and its contributions to disease.

“It’s really important to understand the basic mechanisms of how chromosomes segregate in normal cells, and then look at whether those mechanisms are different in cancers,” Burkard says.

Last fall, the McArdle Laboratory for Cancer Research at UW–Madison hired Suzuki to research these fundamental mechanisms. His lab studies how molecular interactions at the centromeres, the central point of dividing chromosomes, lead to their eventual separation.

Anyone who has taken a high school biology class may remember learning about the cell cycle and mitosis, the process of cell division. During mitosis, identical chromosome copies are held together at their centromeres and they line up at the center of the cell. 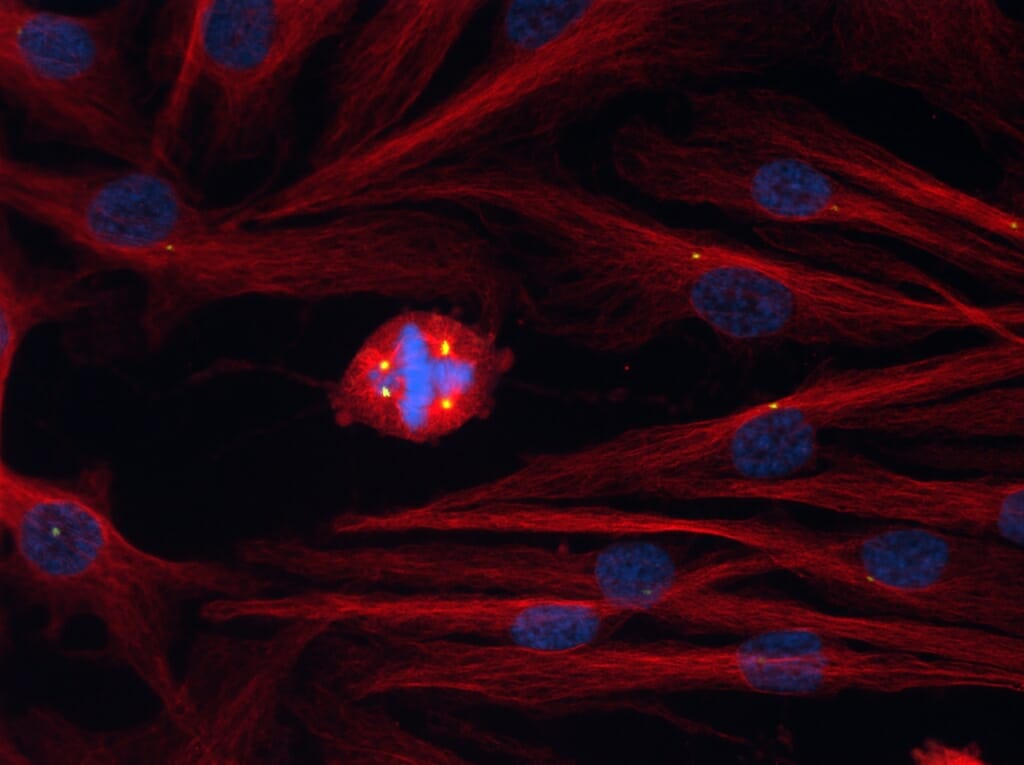 At the cell’s poles, protein ropes called microtubules extend from spindle poles and attach to the centromeres, pulling the chromosomes apart, one to each pole. Then, the cell divides into its two daughter cells.

“My lab uses super-resolution microscopy to study the kinetochore, the macromolecular protein structure where the microtubules attach to the centromeres, which is too tiny to see with the resolution of most light microscopes,” Suzuki says. “The kinetochore can generate a lot of force, and if we can identify potential differences in tension between cancerous and non-cancerous cells at the kinetochore, then that gives us differences we can test or exploit in cancer cells.” 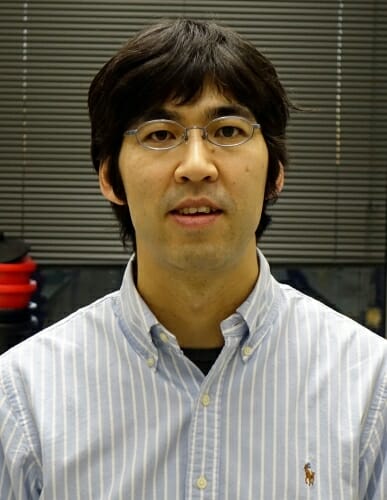 UW–Madison hired Aussie Suzuki to research the basic mechanisms of how chromosomes segregate in normal cells. Courtesy of McArdle Laboratory for Cancer Research

Like Suzuki, Weaver studies chromosome dynamics in cancer cells, aiming to identify better ways to treat patients. A few years ago, she turned to Taxol, a chemotherapy drug that has for decades remained one of the most widely prescribed drugs to treat many solid cancers, including breast cancer.

Lab studies had suggested Taxol would work for most patients by preventing cancer cell division, but in reality, it only works about half of the time. Weaver wanted to know if there was a way to predict who would benefit and who might not, to spare these patients the side effects of the potent chemotherapy drug.

In a study with Burkard, she found that concentrations of Taxol in samples of patient breast cancer cells undergoing treatment were much lower than those being used in the lab. When they applied these clinically relevant concentrations of Taxol to drug-sensitive breast cancer cell lines in the lab, they learned the drug did not prevent cell division. Rather, it increased the number of spindle poles involved in cell division, leading to chromosomal mis-segregation.

Taxol effectively kills cells when it can push them over the chromosome instability threshold. 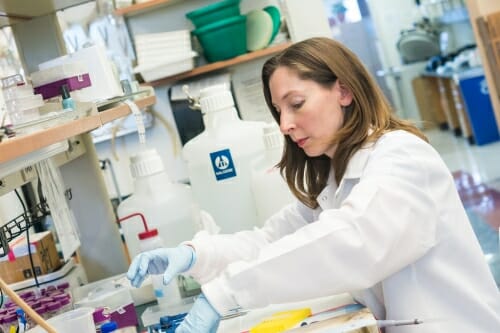 Beth Weaver wanted to know if there was a way to predict who would benefit from Taxol and who might not, to spare these patients the side effects of the potent chemotherapy drug. Courtesy of UW Carbone Cancer Center

“Since Taxol is one insult that causes low rates of chromosomal instability … any tumors that are chromosomally unstable to begin with — which we happen to know are about half of all breast tumors — are the tumors that should be sensitive to Taxol,” Weaver says.

Burkard and Weaver are now conducting clinical studies to determine whether they can predict who will respond to Taxol treatment.

Their research groups, and Suzuki’s, are also looking for other ways to build off of their current understanding of chromosome segregation.

Burkard hopes to use technological advances in genomics to tease apart the differences that aneuploidy and chromosomal instability play in cancer progression. Scientists know that a cell can be aneuploid — defined by having an improper number of chromosomes — and still be chromosomally stable, while others are aneuploid and unstable.

“We haven’t really measured chromosome instability in large cohorts of patients, yet, because you need to do it on the single cell level. I’d like to measure single cell variability in chromosomes and use some of the imaging technology with Aussie to find the underlying dysfunctions in the kinetochore,” Burkard says.

Future collaborations with Suzuki will be aimed at developing these methods for studying patient samples.

“Super-resolution microscopy is much easier now for us to perform on cancer cells growing in culture in the lab,” Suzuki says. “If we start using it with patient samples, however, there is a lot to optimize first; we cannot just start using the same techniques we used with cell culture. At UW, I have the opportunity to try and potentially build a completely new technology to answer these questions.”