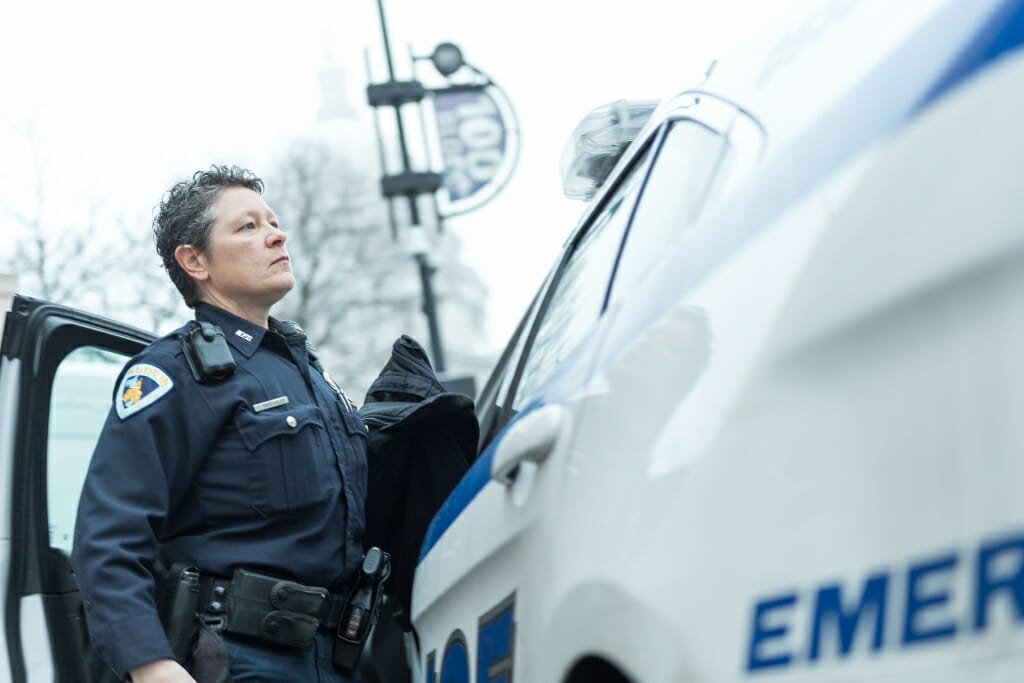 A new study funded by the U.S. Department of Justice could bring a better scientific understanding of the unique stressors facing police officers.

Expanding on a pilot study from the Center for Healthy Minds at UW–Madison and the Madison Police Department, the new project supported by $616,000 from DOJ’s National Institute of Justice delves deeper into the effectiveness of an eight-week mindfulness-based program on police well-being and brings into the fold new collaborators at the UW–Madison Police Department and the Dane County Sheriff’s Office.

As a group, police officers are disproportionately exposed to stressful situations, from high-speed car chases to domestic disputes, and daily stressors like long hours and inconsistent shifts.

Findings of a pilot study suggest a positive relationship between mindfulness training and measures such as sleep quality, officers’ perceived stress and symptoms of burnout.

“There hasn’t been a lot of work with explicit training to cope with the unique stress officers face, and there are many interesting, unanswered questions about this kind of training to benefit people exposed to extreme levels of stress,” says Dan Grupe, assistant scientist at the center and scientific lead of the study. “By improving the quality of life and reducing stress for this group of people, we can potentially have a tremendous impact for them, their families and the larger communities they serve.”

The pilot study has not yet undergone peer review, but so far, findings suggest a positive relationship between mindfulness training and measures such as sleep quality, officers’ perceived stress and symptoms of burnout. The team will expand on these findings with the new initiative. It will include roughly 120 officers randomly assigned to a training group or a waitlist control group, which receives the intervention when the study ends. 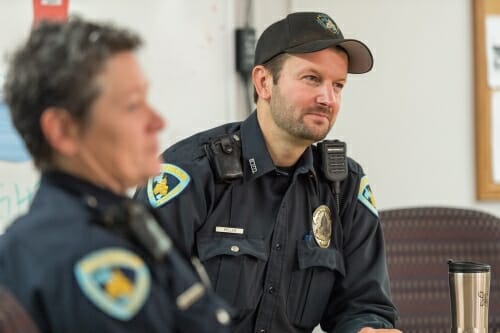 Officers will participate in one guided session per week for two hours, focusing on a variety of practices including meditation, mindful movement (walking, yoga) and group discussions about practices and teachings. They will also be assigned practices to do on their own time outside of the group setting.

Previous studies relied on the ability of officers to recall stressful events some time after they occurred. The new study will capture real-time data from the field that are more closely linked to moment-to-moment stressful events officers experience on duty. Scientists will collect saliva samples to measure cortisol (a hormone linked to stress), sleep quality and heart rate data from fitness trackers, as well as information from daily questionnaires to test outcomes related to the intervention.

The team hopes to specifically learn how well-being practices like mindfulness meditation may affect sleep, cardiovascular outcomes and risk factors, and psychological health outcomes such as burnout, depression and anxiety symptoms.

With the inclusion of both university and county police departments, researchers can also assess similarities and differences among officers from different jurisdictions and populations.

“I really do believe that as peacemakers and community peacekeepers, we need to first start with ourselves.”

For instance, UW–Madison police work longer patrol shifts than their city and county colleagues, accrue significantly more overtime hours to cover various campus events, and serve a unique higher-education population. The Madison Police Department serves a much larger community presenting a greater variety and degree of public safety challenges, while the sheriff’s office serves a more rural community and those incarcerated in the county jail.

The researchers and law enforcement agencies say they are deeply committed to improving the well-being of police officers and building knowledge that can help people of all ages and backgrounds better cope with stressful situations.

“We are grateful and honored to be able to participate in this program,” says Sgt. Tom Sankey from the Dane County Sheriff’s Office. “If there’s any way to help police officers — especially those new to the profession — to manage stress and well-being, that’s highly beneficial.”

UW–Madison Police Chief Kristen Roman also views the collaboration as part of a larger commitment to cultivate wellness for officers and for the department.

“I really do believe that as peacemakers and community peacekeepers, we need to first start with ourselves,” she says.

This work is supported by the National Institute of Justice Grant 2017-R2-CX-0033. The pilot study conducted in 2016-17 was made possible by an award from the UW Institute for Clinical and Translational Research.