Racism against Asian Americans another danger of pandemic 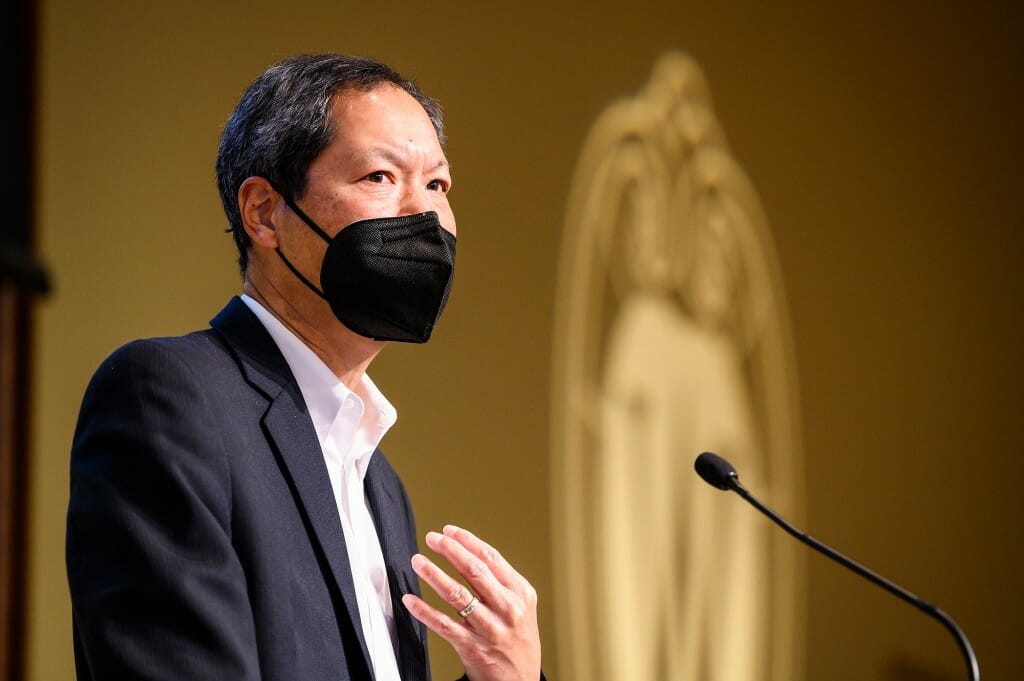 Told to go back to your country.

For Asian American and Asian people in the U.S., COVID-19 is far from the only danger of the worldwide pandemic.

As anti-Asian sentiments and incidents of violence associated with the pandemic increased in the U.S., Russell Jeung co-founded Stop AAPI Hate with the Asian Pacific Policy and Planning Council, Chinese for Affirmative Action and the Asian American Studies Department of San Francisco State University in March 2020.

“I’m still sort of stupefied how much anger and hate is directed towards Asians,” Jeung said. “It’s really chilling and has been really painful for me.”

Stop AAPI Hate tracks COVID-19-related hate, violence and discrimination against Asian Americans and Pacific Islanders in the United States, develops community resources and advocates for policy interventions to end racism. During the pandemic, more than 9,000 incidents have been reported, with Jeung pointing out that it’s only a fraction of what people experience.

Incidents reported in Wisconsin have included:

“Both my girlfriend and I were shopping, and a middle-aged Caucasian lady told us to keep a six-foot distance from her, looking at us as if we were perpetrating a crime. She did not say anything to customers of other ethnicities when they were in close proximity to her.” (Madison)

“Men in their late teens, early twenties, hurled beer bottles and slurs at me from their vehicle when I was walking home from work.” (Lafarge)

“A Caucasian male shouted out to me when I was running. He said that I was spreading the coronavirus.” (Wauwatosa)

Jeung asked the audience to imagine themselves being targeted this way. “What would it be like? … How would you feel?”

“What makes it worse is that you see so many cases where they feel so alone and others were around and no one did anything, as if they condoned what was happening,” Jeung said.

Scenes from the 2021 Diversity Forum 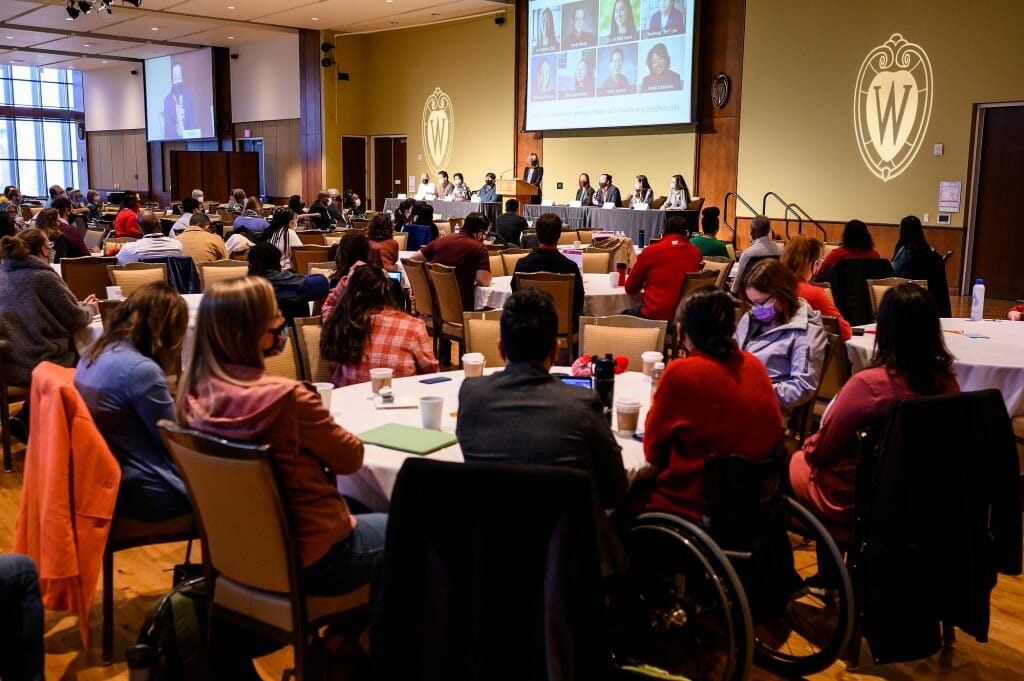 The Diversity Forum audience listens to a group of panelists discussing the lived experiences of members of the Asian, Pacific Islander, Desi American (APIDA) community on campus, in Wisconsin and beyond. Photo by: Jeff Miller 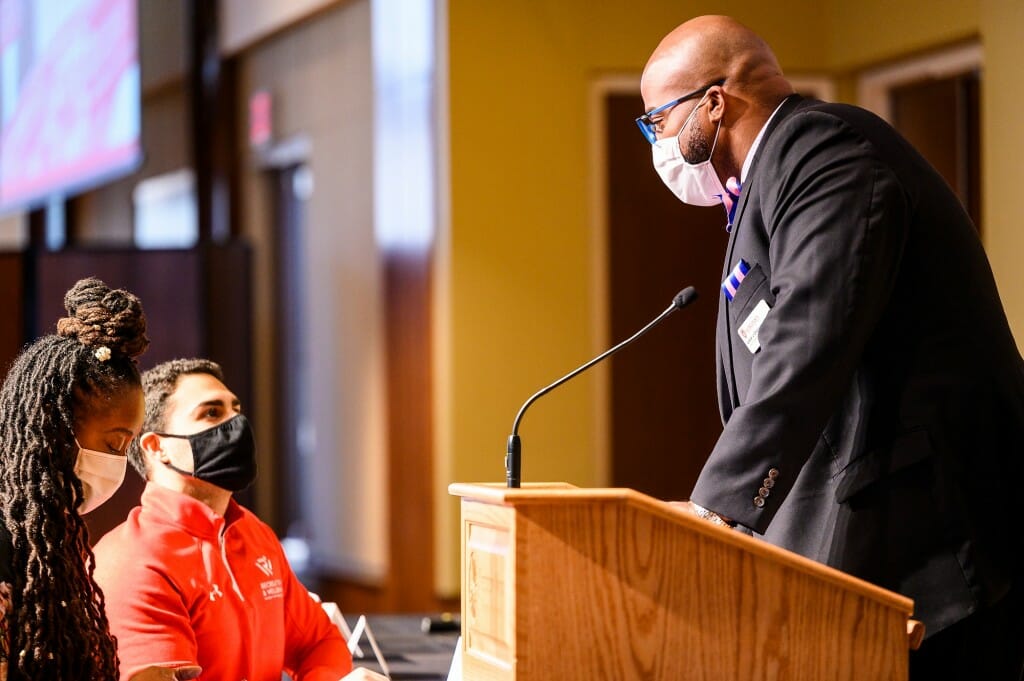 LaVar J. Charleston, deputy vice chancellor for diversity and inclusion, talks with an audience member during a break. Photo by: Jeff Miller 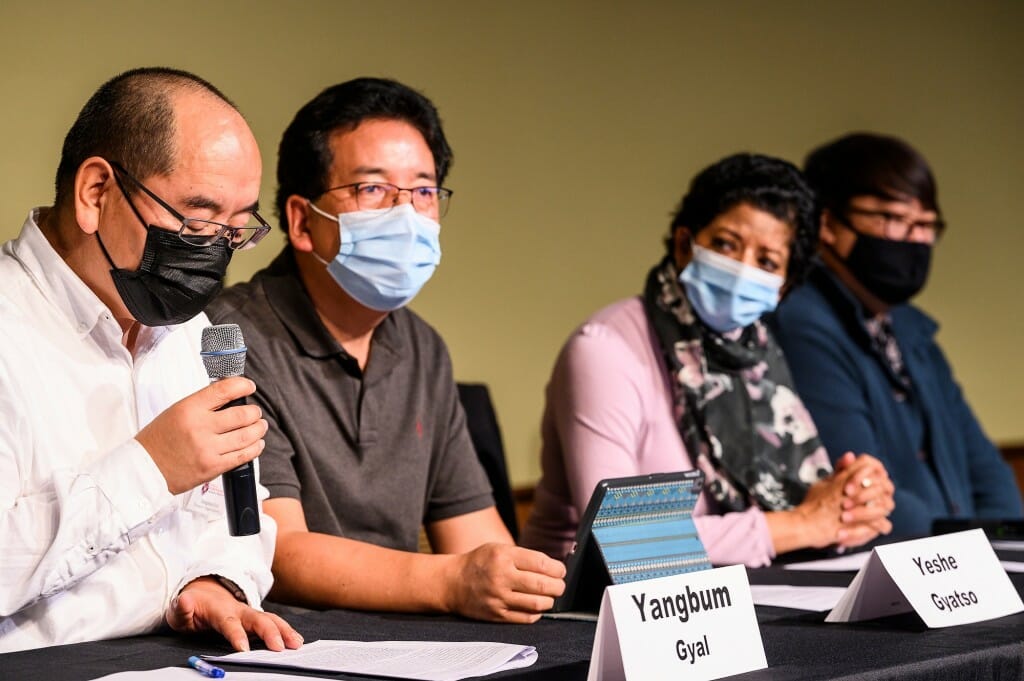 At far left, Yangbum Gyal, a native of Tibet and a Tibetan translator, interpreter, and training officer for Cultural Linguistic Services, translates the comments of Yeshe Gyatso, second from left, a second-shift custodial staff member with Facilities Planning and Management. Photo by: Jeff Miller 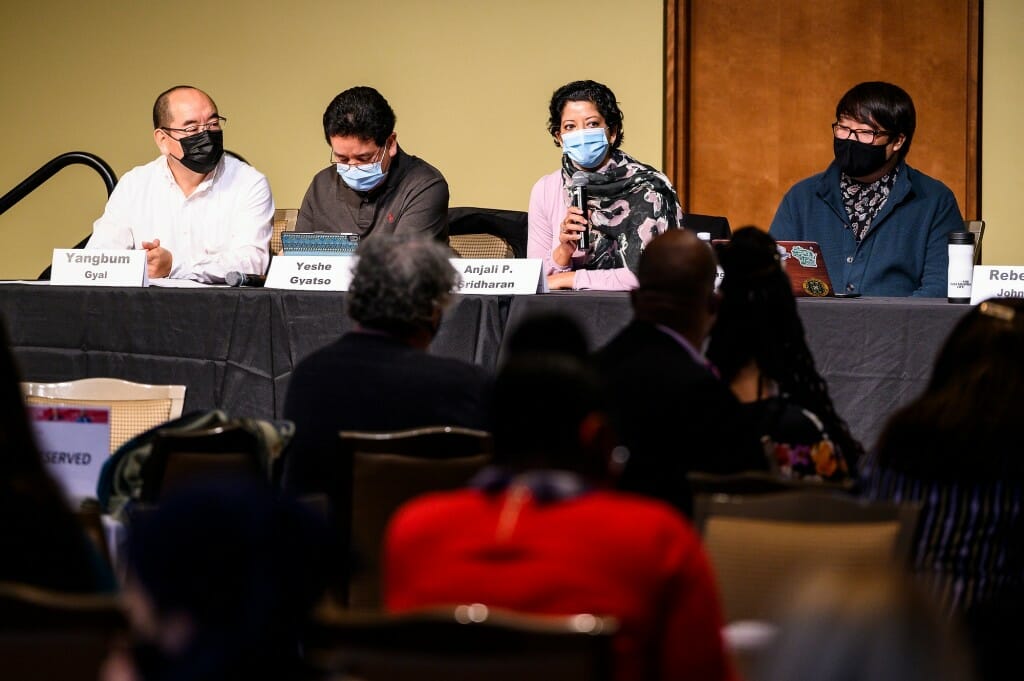 Third from left, Anjali Sridharan, the business process improvement manager for the Office of Sustainability, speaks to the lived experiences of members of the APIDA community. Photo by: Jeff Miller 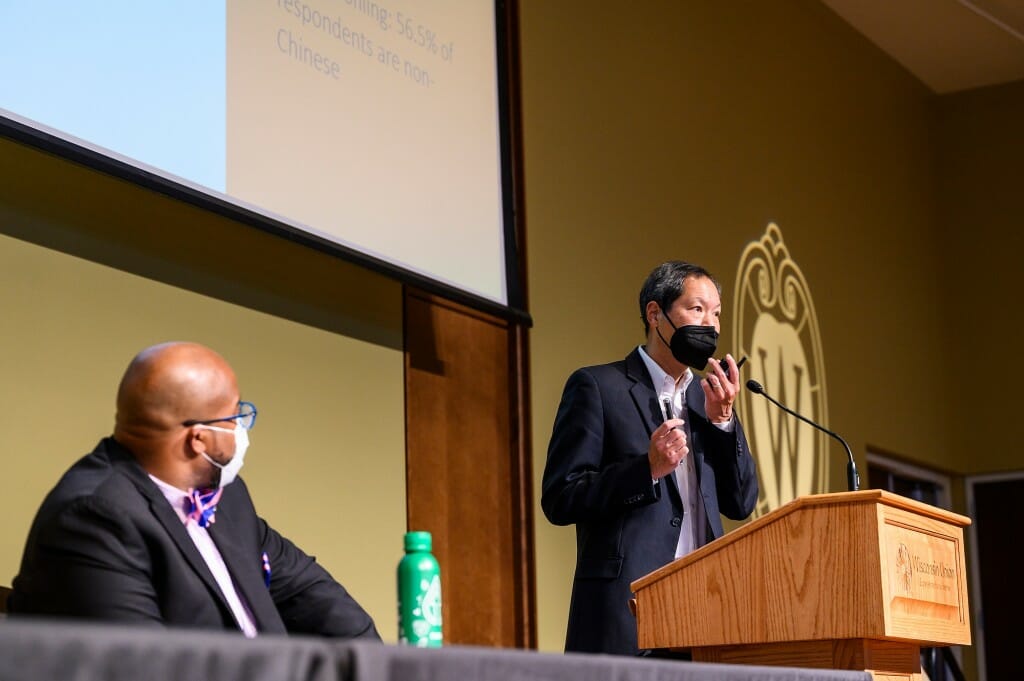 When asked what their biggest stressor has been during the pandemic, Jeung said Asian Americans replied overwhelmingly that racism was.

“Think about that. We’re more afraid of other Americans than this disease. You can put on a mask to protect yourself against COVID-19 but you can’t vaccinate yourself from some random stranger spitting on you or shoving your elder.”

Fight or flight are two common responses to threat, Jeung said, but he recommends a third: flocking, by coming together in groups.

“That’s where we find strength. That’s how we find power. That’s how we actually fly,” he said. “Because we flock together, we have been able to make changes.”

Following his talk, a panel including Asian, Pacific Islander, and Desi American faculty, staff and students joined a discussion titled: “The APIDA Community in Wisconsin: Our Lived Experiences on Campus and Beyond.”

Much of the discussion revolved around identity and what it feels like to live and work in a community that is overwhelmingly white.

Anjali P. Sridharan, who identifies as Desi American, is a business process improvement manager for the UW–Madison Office of Sustainability and earned her MBA in marketing here. The term APIDA, Asian Pacific Islander Desi American, has helped her feel included.

“What, they’ve added two letters? Two letters that actually mean something to me?” she recalls thinking when she first learned of the term. “I was in shock because I still remember the first Verizon commercial when there was an Indian American, a Desi American, and I wanted to shout, ‘There’s somebody that looks like me in a commercial!’ I never felt as included before as I do now.”

Tevelung “Tev” Lee serves as the program coordinator for the APIDA Student Center within the Multicultural Student Center at UW–Madison. Identifying as Hmong and Chinese, he says the term APIDA didn’t resonate with him at first.

“I quickly found myself searching for meaning in this term,” Lee says. “What I discovered through my work is that it’s more than just a term; it’s a collective — a collective of shared experiences that make up the term APIDA, and these experiences are of hurt and harm but also strength and resilience.”

Lori Kido Lopez is a professor of media and cultural studies and director of the Asian American Studies program at UW–Madison. Her research examines the way Asian Americans and other racial minorities use media in the fight for social justice. She learned the term APIDA from student activists on campus.

“I think it’s great. Language is changing all the time and we should listen to those who are most impacted by those changes and be open to whatever it is people want to be called,” Lopez said. “I like the term APIDA. I happen to use the term Asian American for myself, but I am O.K. with all of these different configurations. I think they are all fighting for more influence.”