Gene Purcell, executive director of the Educational Communications Board (ECB), has been named Director of Wisconsin Public Media at UW–Madison. 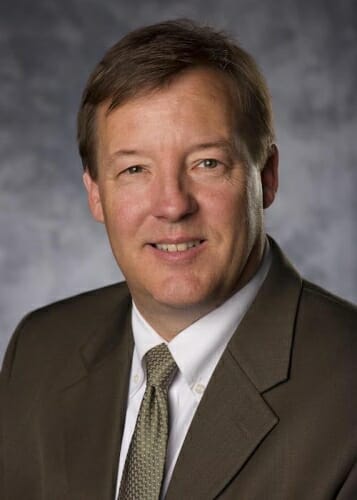 Provost Sarah Mangelsdorf noted Purcell brings extensive experience in public broadcasting and Wisconsin media after leading the ECB for more than a decade.

The ECB is a state agency that distributes public broadcasting across the state in partnership with the Board of Regents of the University of Wisconsin System. ECB builds, maintains and operates public radio and television transmission facilities as well as Wisconsin’s NOAA weather radio transmitters. It is also designated as the state relay for the Emergency Alert System (EAS) and Amber Alert.

Provost and Vice Chancellor of UW-Extension Aaron Brower says Purcell’s history working with each of the institutions involved with the transition to UW–Madison is an indispensable part of his qualifications.

“Gene’s long history of working collaboratively with UW-Extension, Wisconsin Public Television and Wisconsin Public Radio as well as their boards and fundraising groups will be essential as the transition moves forward. His background managing multiple revenue streams and overseeing complex budgets has prepared him well,” said Brower.

Purcell is looking forward to the challenge of leading WPR and WPT into their second century of service to the people of Wisconsin.

“The world of broadcast media, and media in general, is rapidly changing and together with the staffs of WPR, WPT, UW, and ECB, I am confident that I can develop and implement a vision of public media to serve Wisconsin well into the future,” said Purcell.

Purcell is a graduate of UW-La Crosse.  Prior to working at ECB, Purcell was a regional manager for WPR in La Crosse.

WPR has 37 stations across the state and seven regional bureaus. WPR’s online and statewide broadcast reach allows it to serve local, regional and statewide audiences with the highest quality programming available. WPT’s six transmitters and six translators across the state provide access to local and national content for a diverse audience of children and adults through the innovative use of television production and broadcasting, digital services and community engagement.