David Andes, a University of Wisconsin School of Medicine and Public Health professor of medical microbiology, has been elected as a fellow of the American Academy of Microbiology. Formed in 1955, the AAM recognizes outstanding contributions to the microbiological sciences. 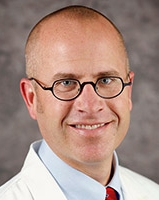 Andes, who has been head of the Division of Infectious Diseases at the medical school since 2009, researches antibiotic resistance, particularly in fungal pathogens. He aims to understand how pathogens resist treatment and how to overcome their defenses.

In 2014, Andes and UW–Madison Professor of Bacteriology Cameron Currie were awarded a $16 million grant from the National Institutes of Health to discover new antibiotics from natural sources. Many antibiotics are losing their effectiveness as microbes develop resistance to them. The goal of the work is to identify new drugs that pathogens do not have defenses against.

Andes was elected to the AAM along with 72 other distinguished scientists in February. They join more than 2,400 other fellows from around the world. The AAM is a division of the American Society for Microbiology, the world’s oldest and largest life science organization.