For birds and other wildlife, winter is a time of resource scarcity. Extreme winter weather events such as a polar vortex can push some species to the edge of survival. Yet winter tends to get short shrift in climate change research, according to UW–Madison forest and wildlife ecology Professor Ben Zuckerberg.

“When we think about the impact of climate change, winter tends to be overlooked as a time of year that could have significant ecological and biological implications,” says Zuckerberg. “It makes me, and my colleagues, think quite deeply about the impacts of these extreme events during this time when species are particularly vulnerable.”

Zuckerberg, along with Jeremy Cohen, a former UW–Madison postdoctoral researcher now at the Yale Center for Biodiversity and Global Change, and Daniel Fink of the Cornell Lab of Ornithology, set out to learn how extreme winter cold and heat affected 41 common bird species in eastern North America. Their work, recently published in Ecography, found that individual bird species respond differently to these weather events, and extreme winter heat may lead to longer-term changes in bird populations. 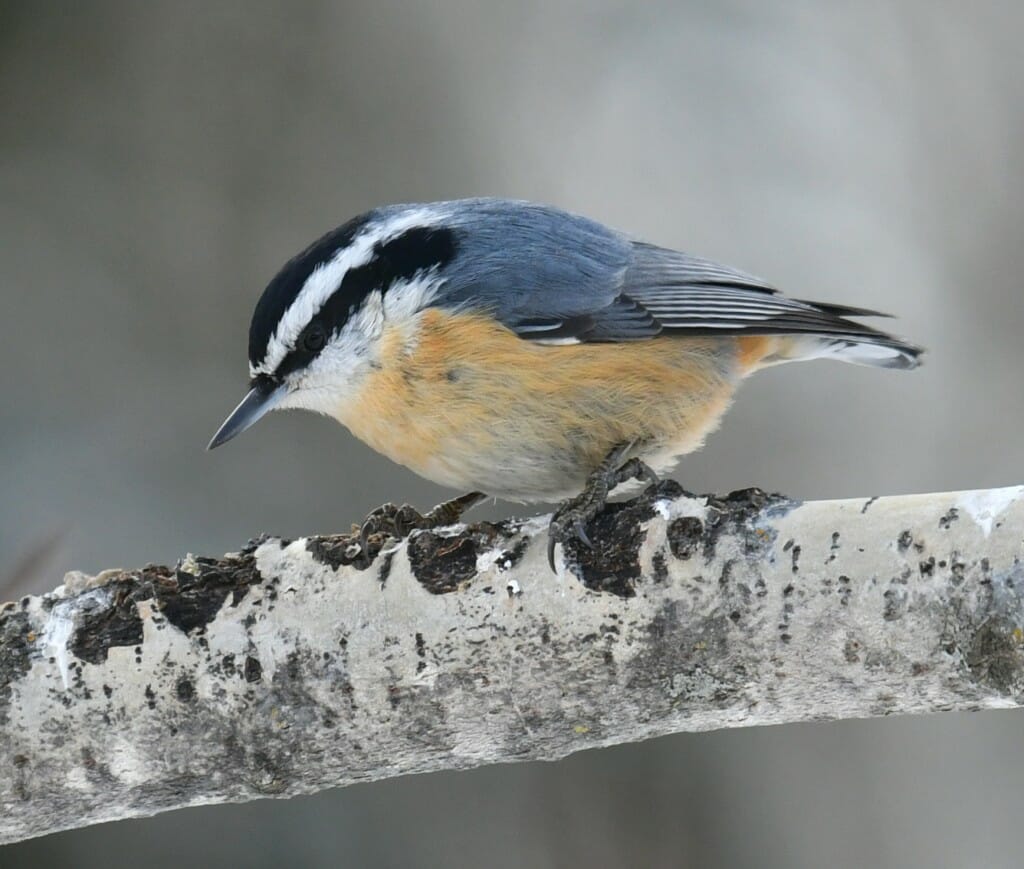 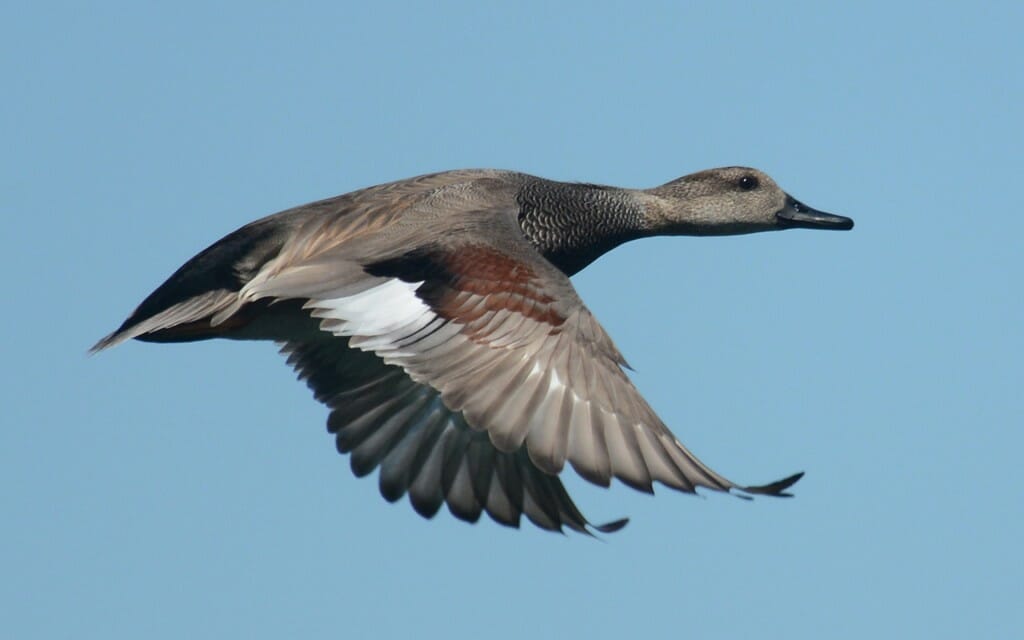 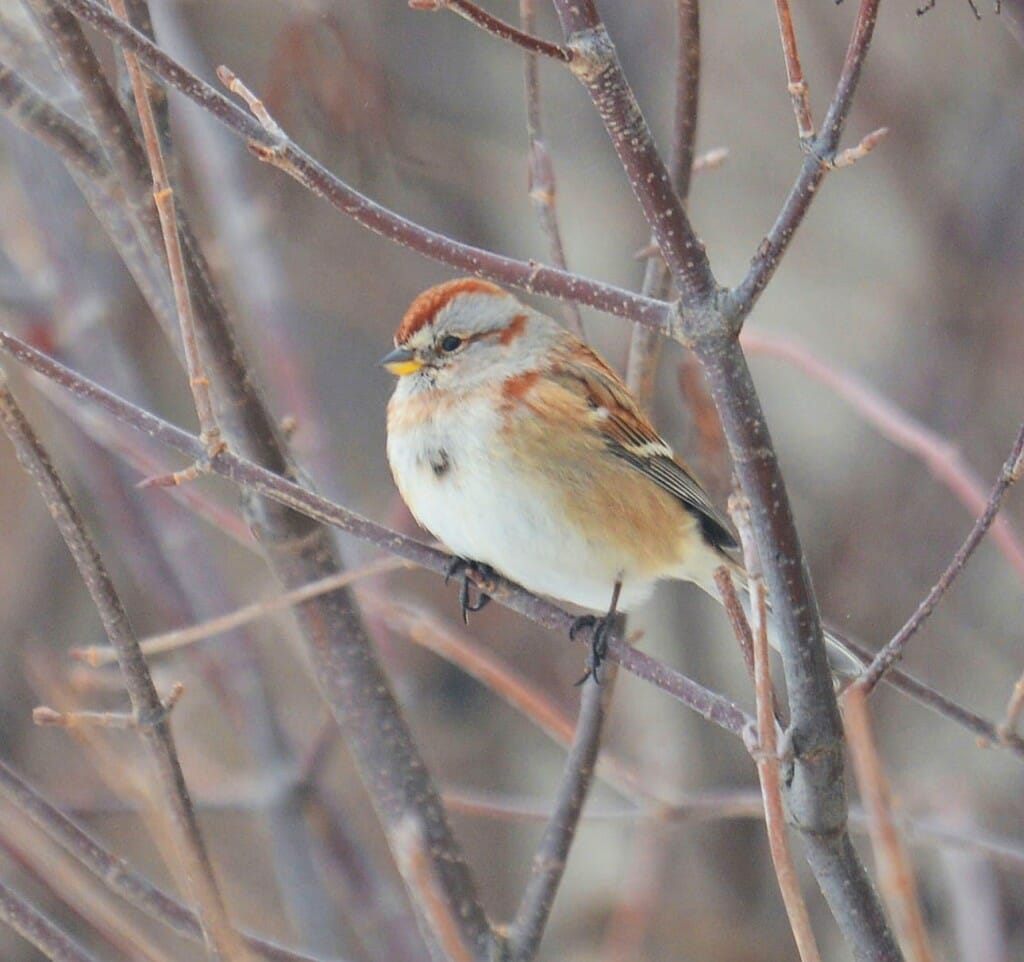 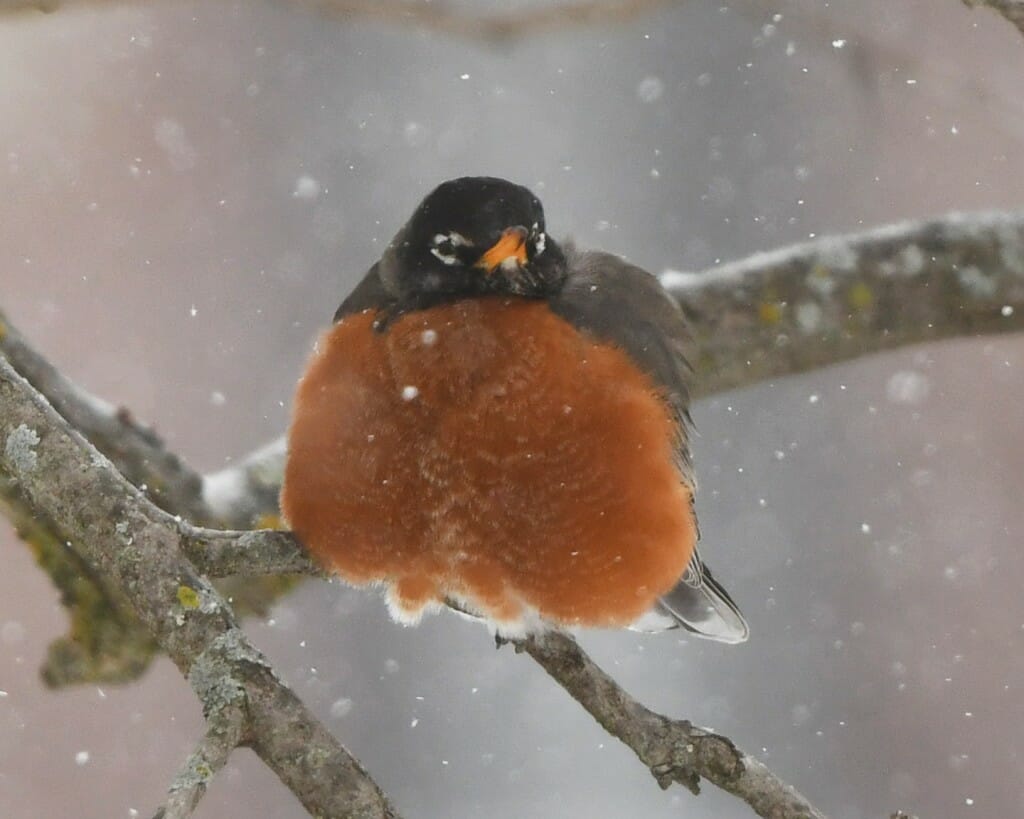 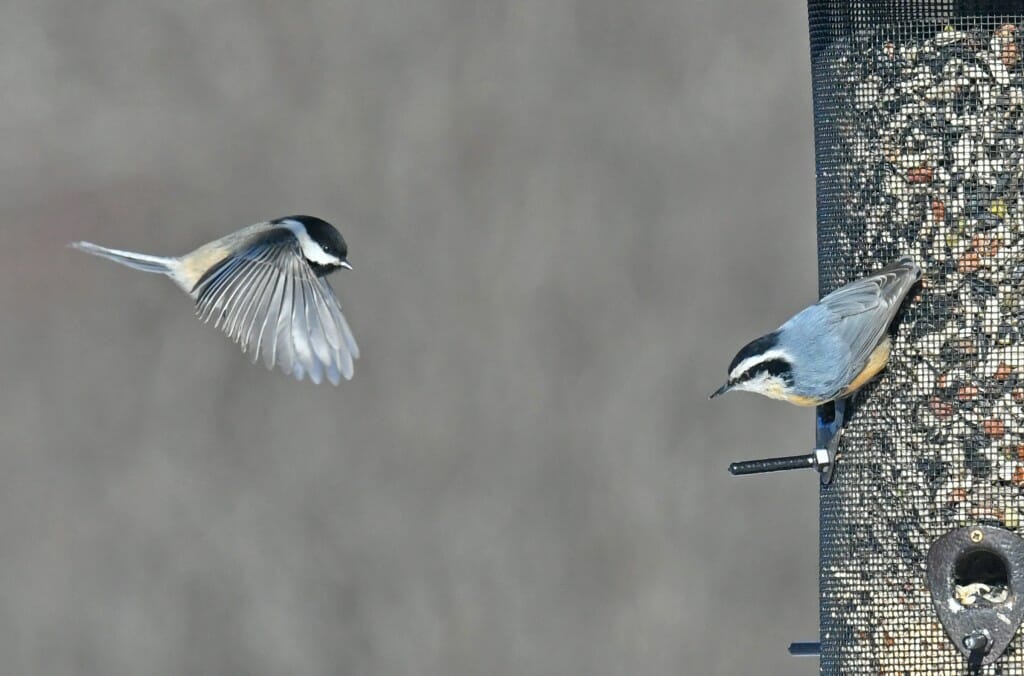 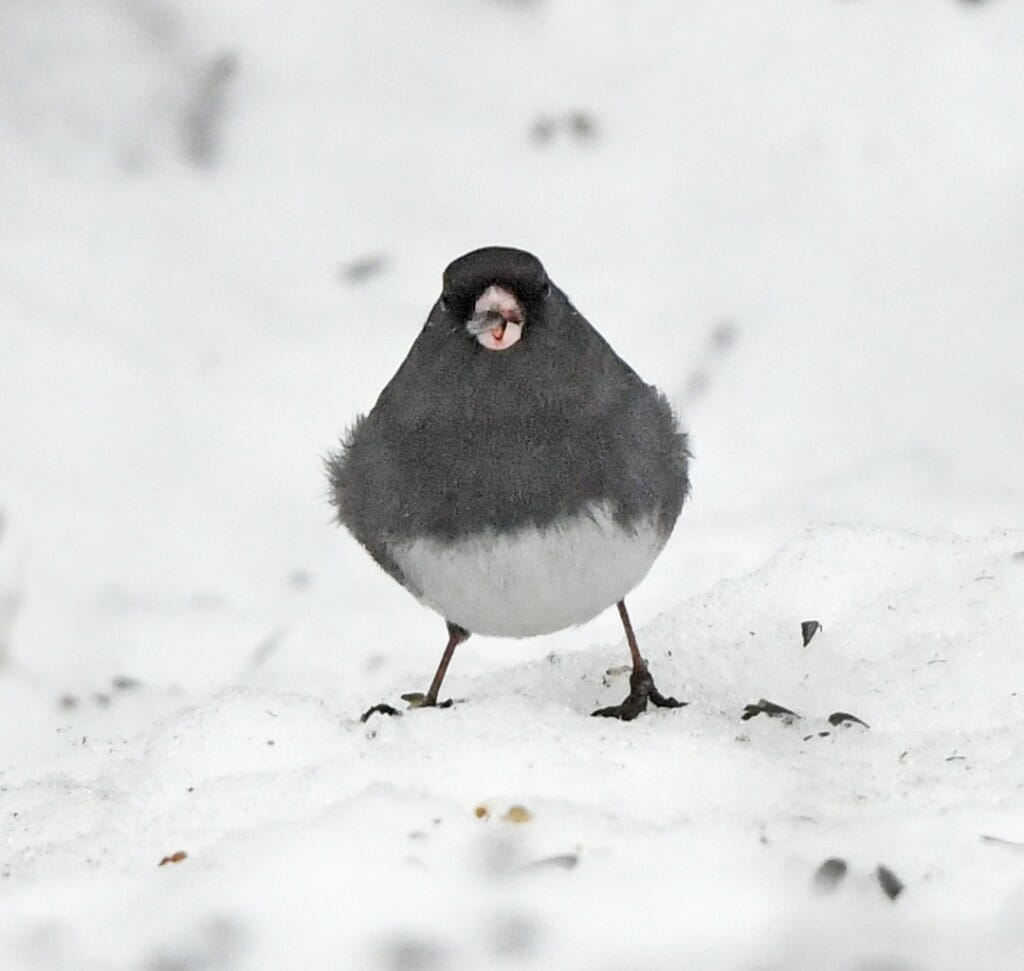 The researchers analyzed extensive data submitted through eBird, a global citizen science initiative where bird watchers contribute checklists of birds observed at a specific location, date and time. They homed in on data occurring before and after a four-day-long polar vortex in January 2014 and a December 2015 heat wave. These two events were the coldest and warmest stretches observed in a decade, and each affected an area of about 2 million square kilometers in the midwestern and northeastern U.S. and Canada. The researchers also analyzed temperature and land cover data.

That’s a lot of data. Twenty years ago, working with this amount of diverse data would not have been possible. However, recent advances in environmental data science have enabled ecologists to work at scales that reflect the vast regions and species affected by climate change.

With colleagues at the Cornell Lab of Ornithology, Cohen and Zuckerberg used machine learning, an advanced computing technique used to gain insights from large data sets, to predict the abundance and occurrence of bird species starting 10 days before the onset of each extreme weather event, until 30 days after the event. They compared the data to identical time periods in 14 recent winters.

During the polar vortex, bird abundance — the number of individual birds of a species observed in the study area — decreased five-to-10 days following the event and returned to previous levels 20 days afterward, ruling out mortality as the reason for the decline. However, the prevalence of species across an entire region, or occurrence, was relatively stable. This result surprised the researchers, as local abundance and regional occurrence are usually closely linked.

“This data suggests some birds may have abandoned the area, moved south, and came back,” says Cohen. “Alternatively, some birds could have laid low because of the stress caused by the cold, and then returned to earlier activity levels.”

Extreme winter weather events such as a polar vortex can push some species to the edge of survival. Yet winter tends to get short shrift in climate change research.

The data following the winter heat wave was even more surprising. Across most bird species, abundance and occurrence increased, and this trend persisted for 30 days following this extreme weather event. This may have been due to short-distance migrants moving into the area, and staying there, in response to warm weather.

“I was not expecting this impact of the winter heat wave effect,” says Zuckerberg. “What I found to be most intriguing was the lasting and dramatic response.”

Over the past 30 to 40 years, bird species have slowly moved northward. Ecologists believe this decades-long process is a response to climate change. However, Zuckerberg says that winter heat waves could speed up this geographic movement, and without time to gradually adapt, some birds may be more vulnerable to extreme heat or cold in new areas.

At the species level, Zuckerberg and Cohen found that warm-adapted and small bodied birds were more sensitive to both extreme heat and cold. Cold-adapted species were far more resilient.

The researchers also observed species-level differences related to habitat requirements. Waterbird species occurred more often after the polar vortex and less often after the winter heat wave — the opposite of what was observed, on average, for other species. According to Cohen, open water bodies would have frozen during the polar vortex, perhaps causing species that overwinter at high latitudes to head south and seek more favorable habitat in the study area.

To help birds and other wildlife cope with extreme winter weather, wildlife managers can create sheltered habitats and other pockets of refuge. Continuous monitoring of bird activity and weather variability can help conservationists and policymakers predict which species will be most vulnerable to climate change over the next decade.

The confluence of environmental data science and citizen science is making this kind of prediction possible. As Zuckerberg puts it, “The amount of data we are getting through public participation in science has opened up new areas of exploration at a time that, frankly, we really need it, because climate change is such a big problem.”