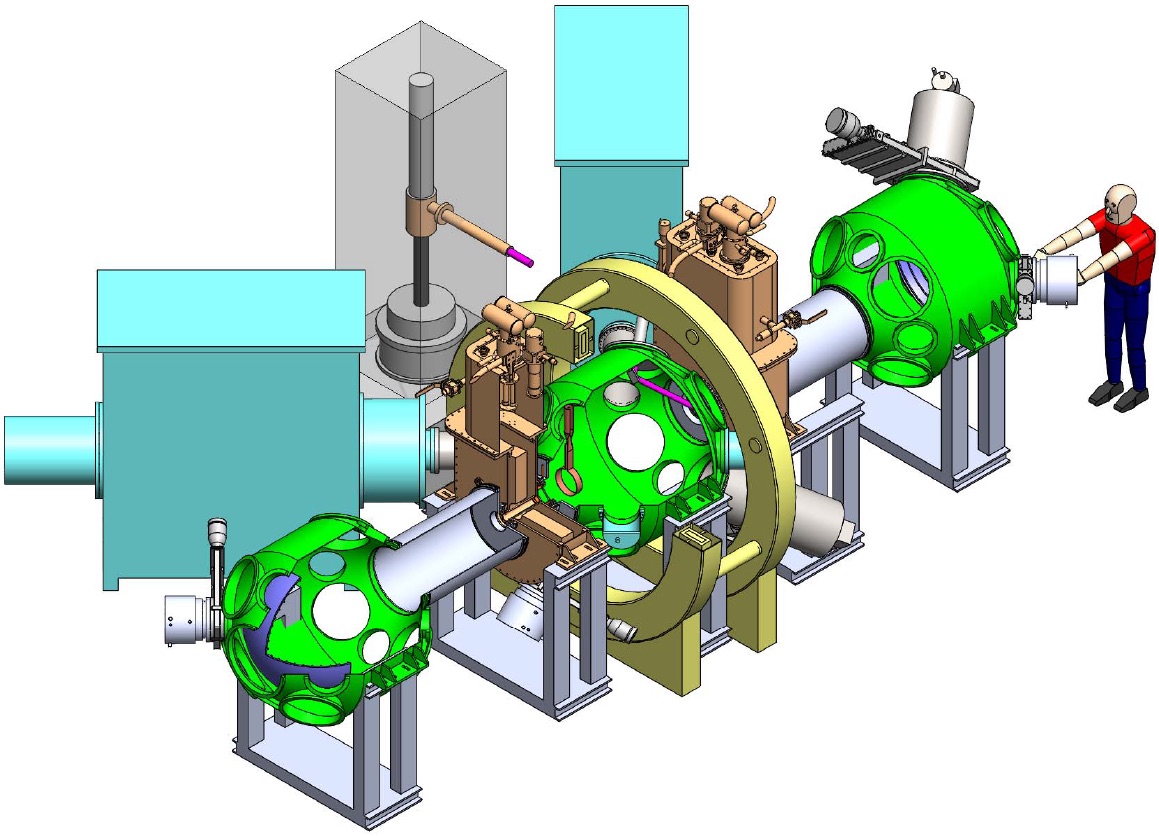 An illustration of the planned Wisconsin HTS Axisymmetric Mirror, an improved plasma fusion device. It will serve as a prototype for the next generation of fusion reactors. Courtesy of Cary Forest

University of Wisconsin–Madison plasma physicists will harness the power of high-temperature superconducting magnets to design and build a more efficient plasma fusion device, thanks to a two-year, $5 million U.S. Department of Energy grant awarded April 7.

The team, led by physics Professor Cary Forest, has been conducting fusion research for over two decades and expects this new device — the Wisconsin HTS Axisymmetric Mirror (WHAM) — will serve as a prototype for the next generation of fusion reactors.

“Neutrons generated from fusion are useful for many things, from making medical isotopes to potentially being a power source in the future,” Forest says. “Our idea initially — and this was funded by a UW2020 grant — was to build a neutron source which could go several orders of magnitude beyond current medical isotope production efficiencies but also provide a key first step in the direction of advancing fusion energy.” 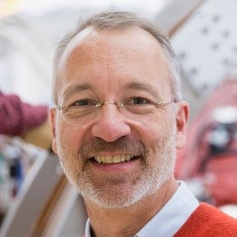 In nuclear fusion, a heated plasma made up of hydrogen ions and electrons is magnetically moved at rapid speeds, allowing the ions to collide and fuse their nuclei. The result is a helium atom and high-energy neutrons. Those neutrons can then react with other elements to produce medical isotopes, which are used in procedures such as PET scans and some cancer treatments.

Alternatively, the neutrons can be used to produce steam, which is converted into electricity. If the process becomes efficient enough, nuclear fusion could produce energy without releasing greenhouse gasses while creating fewer radioactive products than the fission reactions used by current nuclear power plants.

Fusion research began in earnest in the 1960s, when scientists developed mirror machines. These linear tubes have pinched magnetic field lines on either end that act like mirrors, reflecting the charged plasma particles inward and retaining them and their heat in the machine. American researchers halted mirror research three decades ago, mainly due to an inability to contain the plasma.

WHAM will essentially take the team’s research back to the mirror machine days, but with significant upgrades.

“We hope to go well beyond what was done in the mirror program because we have access to very-high-field superconducting magnets like those being built by our partners for toroidal (donut-shaped) plasmas,” Forest says. “These magnets and heating systems simply weren’t available 20 years ago. It’s a new look at an older concept using new technology.”

With the funding, the UW–Madison team will build the device and begin operating it, which involves burning plasma and, eventually, using it for neutron production.

A key difference between WHAM and a fusion power plant is the types of hydrogen isotopes they will be using in the reactor. Natural isotopes of hydrogen contain a single proton in their nucleus and anywhere from zero to two neutrons. Protium, with zero neutrons, and deuterium, with one neutron, are stable isotopes. But tritium, or hydrogen with two neutrons, is radioactive.

“We’ll be making neutrons using the deuterium-deuterium reaction, not the deuterium-tritium reaction that you’d have in a real fusion power plant,” Forest says. “We’re able to study things without being full-on nuclear.”

Still, Forest expects this prototype device will provide invaluable input into scaled-up devices. And it should produce neutrons much more efficiently than current methods, helping to reduce the cost of medical isotope production.

The work is part of a collaboration led by UW–Madison scientists that includes researchers at the Massachusetts Institute of Technology, who are developing a blanket to wrap the device for improved performance, and Commonwealth Fusion Systems, a company spun out of MIT that will produce and supply the magnets.