A series of special events stretching through 2020 will focus campus attention on the history and traditions of the Ho-Chunk, the indigenous people whose ancestral homeland includes Teejop (Four Lakes) where the University of Wisconsin–Madison now exists.

The special programming follows the dedication in June of a heritage marker on Bascom Hill titled “Our Shared Future.” The marker recognizes the Ho-Chunk’s ancestral stewardship of the land, honors their resistance and resilience, and pledges a spirit of collaboration going forward.

The marker will travel around campus this academic year and into the next before returning to its permanent home on Bascom Hill. The intent is to increase the knowledge and sense of place for students and employees while beginning the process of embedding the marker’s message long-term in the university’s teaching and learning. Academic units that host the marker will offer events and programs to deepen the understanding of the Ho-Chunk Nation and indigenous populations across Indian country. 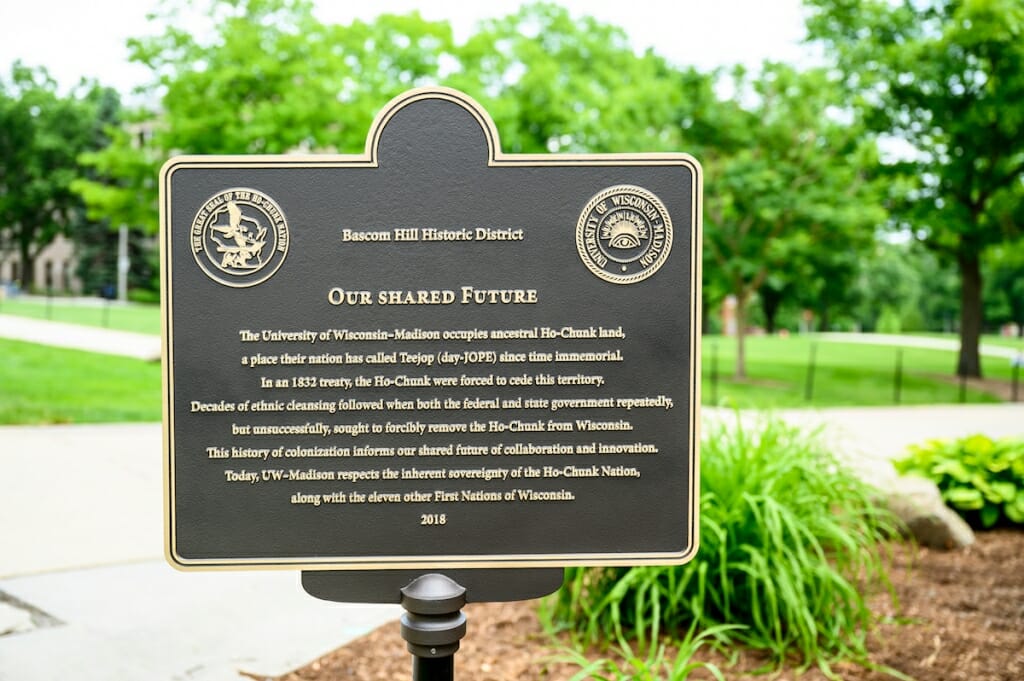 The “Our Shared Future” plaque is pictured on Bascom Hill in June 2019. Photo: Bryce Richter

The first such opportunity will be Sept. 23, when the Wisconsin Union Directorate’s Distinguished Lecture Series hosts attorney and UW–Madison alumna Samantha Skenandore. The free talk will be at 7:30 p.m. in Shannon Hall at the Memorial Union.

Skenandore is a member of the Ho-Chunk Nation and a former associate justice for the Ho-Chunk Nation Supreme Court. Her talk will detail the rich history of the Teejop. Skenandore says she hopes to “challenge community members to practice, observe and promote mindful learning, respect and exploration of this sacred place.”

Skenandore’s lecture will serve as UW–Madison’s commemoration of Treaty Day, named for the Treaty of 1832, which was signed on Sept. 15 of that year. It forced the Ho-Chunk to cede territory that is now the UW–Madison campus. 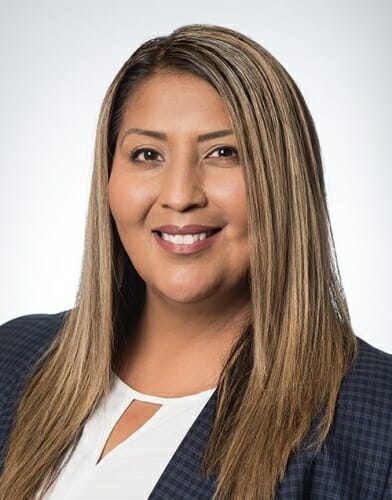 The heritage marker will be at Shannon Hall the evening of Skenandore’s lecture. The rest of the month, it will reside at Bascom Hall. For the remainder of the semester:

For events related to the marker, as well as future locations, follow the “Our Shared Future” website. The website also includes information on how campus units can apply to host the marker.

Aaron Bird Bear, an assistant dean in the School of Education, said there’s an incredible hunger among students, faculty and staff to know more about the land that is now the UW–Madison campus. He is among university employees who give First Nations cultural landscape tours to fill in some of that history. The heritage marker will further that goal, he says.

“The heritage marker is just five sentences long, but every single sentence is an opportunity for learning,” Bird Bear says. “In those 80 words, there’s land and language, power and abuse, tragedy and hope.”

At the June dedication ceremony, Chancellor Rebecca Blank stressed that the heritage marker is a beginning, not an end.

“No plaque or monument can ever adequately convey a difficult and complicated history,” she said. “But it can start a conversation that moves us from ignorance to awareness. So today is the beginning of an intentional effort to teach our shared history.”