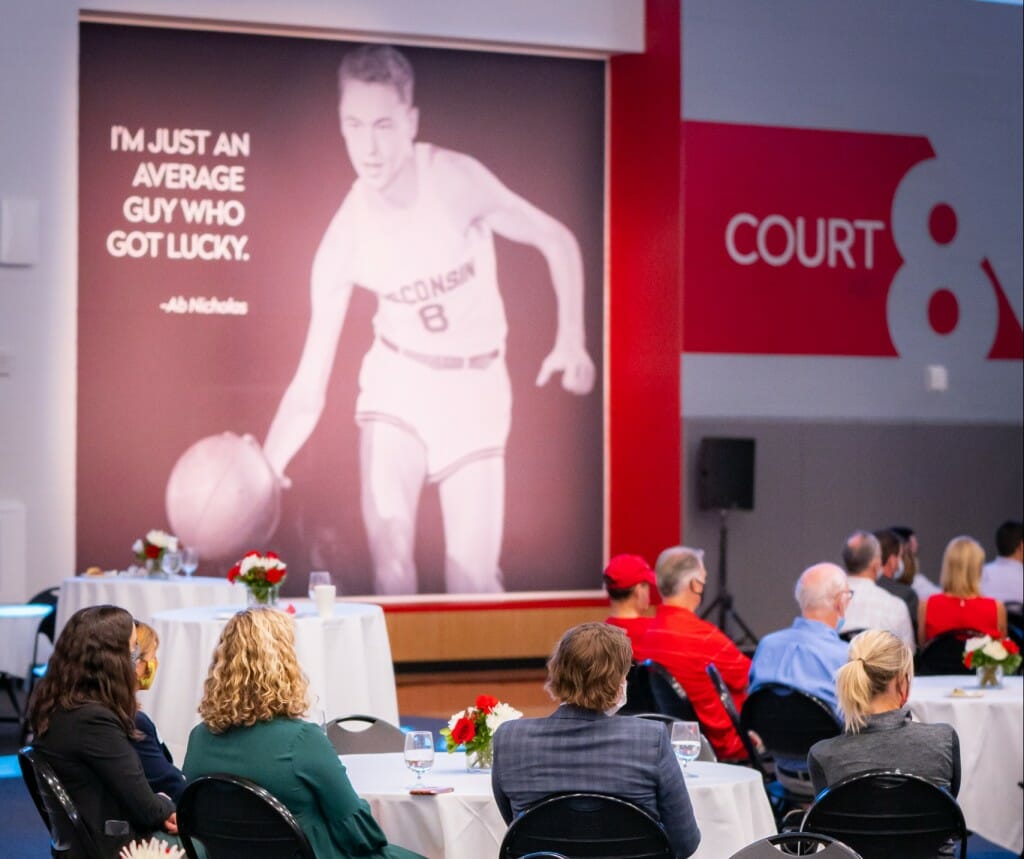 During his time at UW–Madison, Ab Nicholas was a standout varsity basketball player. 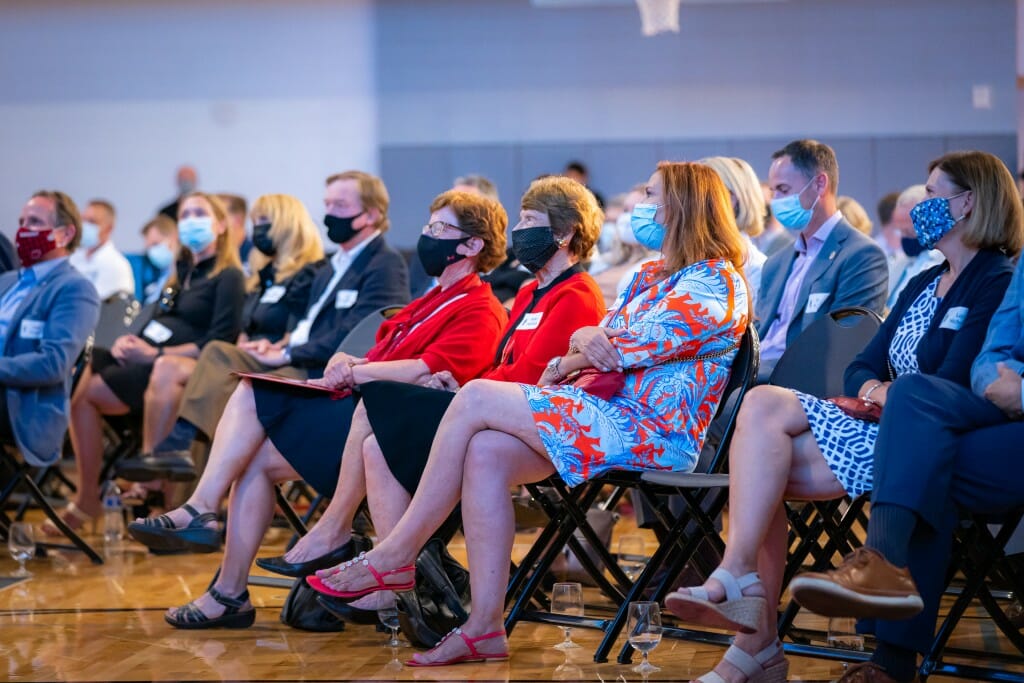 Chancellor Blank, Nancy Nicholas, and members of the Nicholas family watch the program.

Almost exactly one year after the Nicholas Recreation Center (Nick) opened, campus partners and project supporters celebrated the building in an official grand opening ceremony on Friday, September 10. The original ceremony, scheduled for last September, was postponed due to the pandemic. 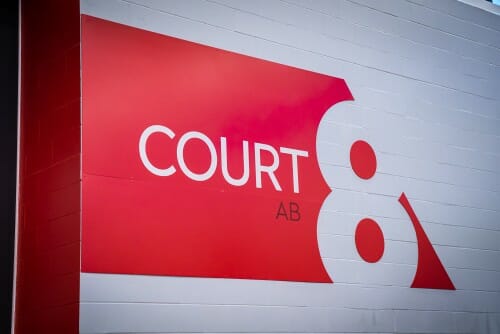 Courts 1-7 are named after Ab and Nancy’s grandchildren. Court 8, where the Grand Opening event was held, is named after Ab, who wore #8 when he played basketball at UW.

“It’s difficult to imagine a project more important at this moment when many of our students have been experiencing isolation and anxiety,” said Chancellor Blank. “For our students, this is a place to stay healthy, to blow off steam and relax, to learn new skills, to socialize and build community, and to develop lifelong habits that support physical and mental wellbeing.”

In its first year of operation, the Nick had more than 591,000 visits, 88% of which were UW–Madison students. It is the second of four projects in the Rec Well Master Plan.