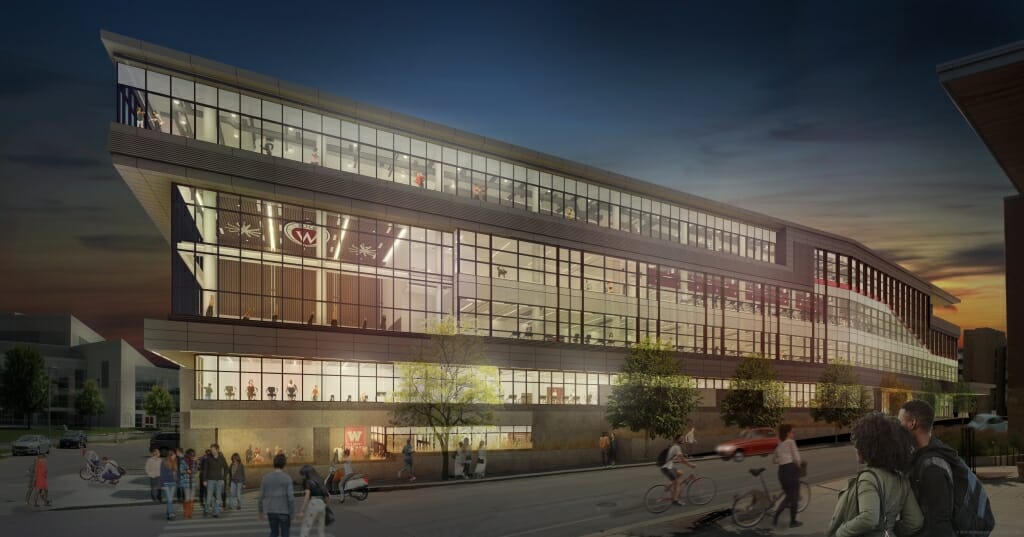 Architect’s rendering of the northeast entrance to the future Nicholas Recreation Center — “the Nick,” for short — which will replace the Southeast Recreational Facility (SERF) in 2019. Courtesy of Division of Recreational Sports

The SERF is gone. Long live the Nick.

In the fall of 2017, UW–Madison shut down its Southeast Recreational Facility (the SERF) to replace that 34-year-old building with a larger, more modern structure, assisted by a $20 million lead gift in honor of the late Albert “Ab” Nicholas ’52, MBA’55, made by his wife, Nancy ’55 and their family. The new facility will bear their name: the Nicholas Recreation Center, or “the Nick,” for short.

Well known for their philanthropy, Nancy and Ab Nicholas have given tens of millions of dollars to causes throughout Wisconsin, including in 2015 a $50 million matching gift to support scholarships at UW–Madison. While an undergrad, Ab was a varsity basketball player. A star on the teams of the late 1940s and early 1950s, he was twice selected first-team all-Big Ten and was drafted by the NBA. But he skipped a basketball career to perform military service and then return to UW–Madison for his business degree. He went on to found the Nicholas Company, a highly respected Milwaukee-based investment firm. 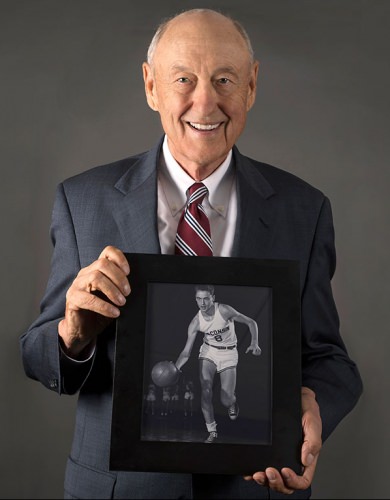 Ab Nicholas was a standout on the Badger basketball team during his student days at UW–Madison. Photo: Paul L. Newby II

Nicholas passed away in the summer of 2016, but he and Nancy were devoted to the UW, and they were involved in conversations with the Division of Recreational Sports about its plans for improvements. Later that year, Nancy and the Nicholas family — daughters Lynn Nicholas ’78 and Susan Nicholas Fasciano ’80, son David Nicholas ’83, and daughter-in-law Lori Nicholas ’83 — decided to proceed with supporting the project. The gift is the Nicholases’ way of honoring Ab’s legacy, his love of the UW, and the student experience.

“The main thing is that we wanted to do something that supports many students,” says Nancy Nicholas. “Endowed scholarships only support one or two students at a time. The Rec Sports project is something that all students can benefit from.”

She also noted that she and Ab had been strong proponents of the value of exercise in academic achievement. “We certainly believe in the importance of both physical and mental health for young people,” she says.

According to John Horn, the director of UW–Madison’s Division of Recreational Sports, the gift includes $15 million toward the construction of the Nicholas Recreation Center, and another $5 million goes to the UW’s Division of Athletics to build an Olympic-size swimming pool, which will also be housed at the center and which will be shared between Rec Sports and the UW’s varsity swimming team. 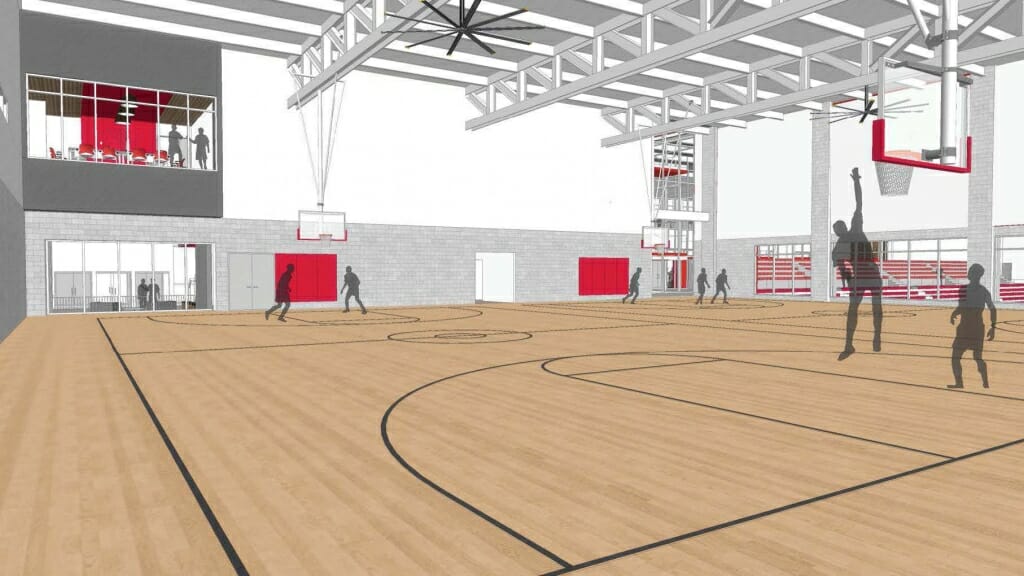 Basketball courts in the Nick will be named after Ab Nicholas and his seven grandchildren. Courtesy of Division of Recreational Sports

The center is part of the Rec Sports master plan, which will include the construction of new athletic fields on the west and east sides of campus and a rebuilt Natatorium. Expected to open in 2019, the Nicholas Recreation Center is the second stage in this plan — the west side playing fields opened in May 2017.

The new facilities will greatly expand UW–Madison’s athletic and fitness options, and Horn believes this is vital to attracting and keeping students. Prior to the master plan, the UW had only 15,000 square feet of fitness space, the smallest facilities among the 14 universities in the Big Ten. When the plan is completed, the university will offer five times as much fitness space as before, and the Nicholas Recreation Center’s swimming pool will be twice the size of what the SERF formerly offered. 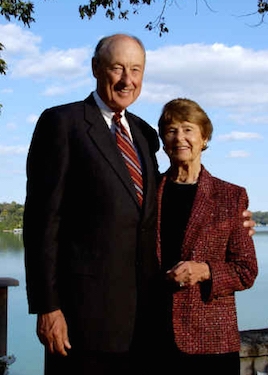 Albert and Nancy Nicholas in 2004.

“Students have told us that fitness plays a vital role in their choice of schools,” Horn says. “Physical well-being is important to them. It’s not healthy to spend 100 percent of their time in the classroom.”

The Nicholas family will be recognized not only in the name of the new facility itself, but also in the eight basketball courts the building houses. They will bear the first names of each of Ab and Nancy’s seven grandchildren, and the eighth will be called Ab.

Horn says it was only fitting to name the eighth court in Ab Nicholas’ honor, and Nancy explains why: “Eight was Ab’s number when he played basketball with the Badgers.”

About 80 percent of UW–Madison’s 43,000 students use facilities of the Division of Recreational Sports, and in a student referendum, some 87 percent of the votes were in favor of adopting the master plan. The division’s mission is to enhance the UW–Madison experience by providing programs, services and facilities that promote and inspire the social, mental and physical well-being of the campus community.