In June 2015, Nancy Nicholas and the late Albert “Ab” Nicholas made one of the largest donations in UW–Madison’s history: a $50 million matching gift to inspire alumni and friends to join them in supporting UW students. 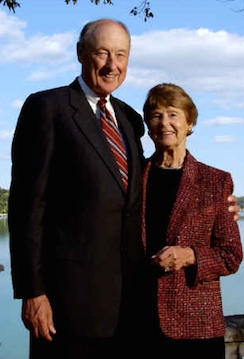 Now the match has been completed, resulting in a total of $100 million in new gifts, including the match from the Nicholases. These gifts will be invested in the UW Foundation’s endowment, and once fully funded, they will generate about $4.5 million in annual scholarships to recruit and retain outstanding students.

Students like Parish Johnson, a freshman at UW–Madison majoring in psychology and Spanish. Johnson grew up in Milwaukee, Wisconsin, and in fall of 2016 she received an award from the James B. and Susan S. Patterson Undergraduate Support Fund, one of the first scholarship funds created through the Nicholas Match.

“This scholarship means a lot to me,” says Johnson, “because (the Nicholases and Pattersons put) their hard-earned money into me so that I can further my education.” She is one of 23 students receiving the Patterson award this year, and one of hundreds who will receive support from Nicholas Match scholarships over time. 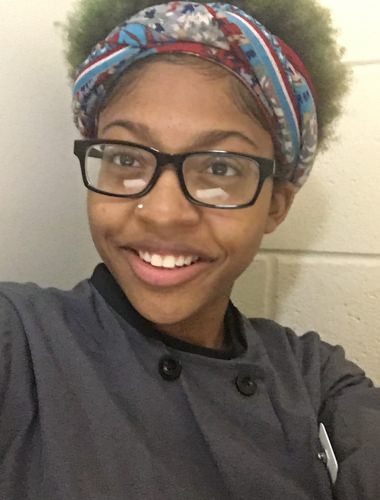 “The Nicholases have truly transformed the landscape of the university, physically and otherwise,” says Chancellor Rebecca Blank. “This scholarship matching gift adds to their legacy and will change the lives of hundreds of future students at UW–Madison.”

College sweethearts Ab and Nancy had experiences at the UW that inspired a lifetime of giving back to the university. Between 1982 and 2014, the Nicholases donated more than $50 million to student financial aid, the Department of Athletics, the Wisconsin School of Business, and the School of Human Ecology.

Ab earned his BS and MBA from the University of Wisconsin in 1952 and 1955, respectively. A standout guard on the Badger basketball team, he decided to forgo a career in the NBA and instead served in the Army and later launched the Nicholas Company, a high-performing investment fund. He was inducted into the UW Athletics Hall of Fame in 2009 and earned the Wisconsin Alumni Association’s Distinguished Alumni Award in 1993.

“This scholarship matching gift adds to (the Nicholases) legacy and will change the lives of hundreds of future students at UW–Madison.”

When the match was announced, Ab said, “We are blessed to join with other donors to help deserving students and families have their own Wisconsin experience.” The scholarships created by the Nicholas Match all bear names designated by other donors – another indication of the Nicholases’ generosity of spirit.

More than 250 donors participated in the match over the past 17 months, with gifts supporting each of the university’s 11 schools and colleges. These funds will allow UW–Madison to offer more competitive funding packages to prospective students – an area that Chancellor Blank and university leadership have identified as a critical component of the university’s strength.

Ab Nicholas passed away in August as the match was nearing its end.

“It would be impossible to overstate the impact that the Nicholas family has had on this university,” says Mike Knetter, president and CEO of the Wisconsin Foundation and Alumni Association. “Our university won’t be the same without Ab’s presence, but his legacy will endure here forever.”