If you did not know Nikole Hannah-Jones prior to the MLK Symposium, you should know her now.

The Pulitzer Prize-winning creator of The 1619 Project did not mince words as she presented “the real Martin Luther King Jr.” and his teachings alongside social justice issues prominent today. Students, faculty, staff and community members gathered at Shannon Hall in the Wisconsin Union Theater while others watched online.

Hannah-Jones shared a fuller picture of Dr. King, bringing forth a litany of his teachings beyond the well-known “I Have a Dream” speech. Her focus on King’s true legacy revealed how much he had referenced the year 1619 —the year the first enslaved Africans were brought to North America — in his remarks.

Every step forward comes with backlash, Hannah-Jones said, pointing to today’s Black Lives Matter Movement and the fight to keep in schools the parts of American history that have influenced societal structures or the struggle to attain fair voting rights. She shared part of King’s “Letter from Birmingham Jail” and explained how he held his toughest criticism for the white moderate. “There is no neutrality,” she said, “you have to pick a side.”

The annual MLK Symposium is hosted by Student Affairs and the Division of Diversity, Equity, and Educational Achievement (DDEEA). The event features a high-profile speaker who is invited to connect their work and experiences to the life and legacy of Dr. Martin Luther King Jr. This year’s event concluded with a Q&A facilitated by UW–Madison journalism and political science student Tamia Fowlkes. 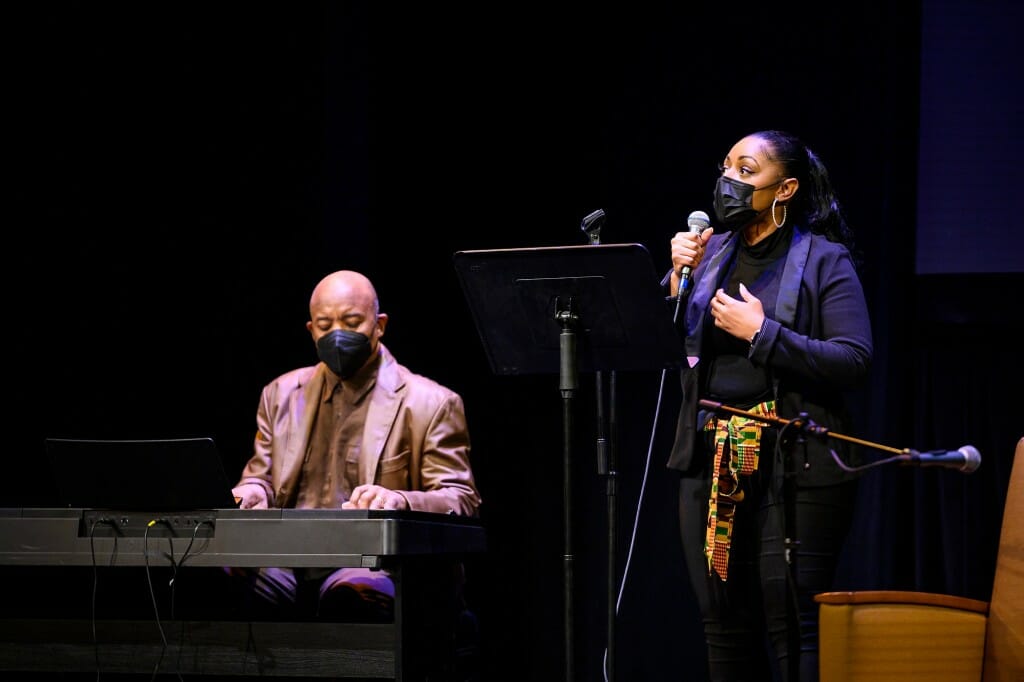 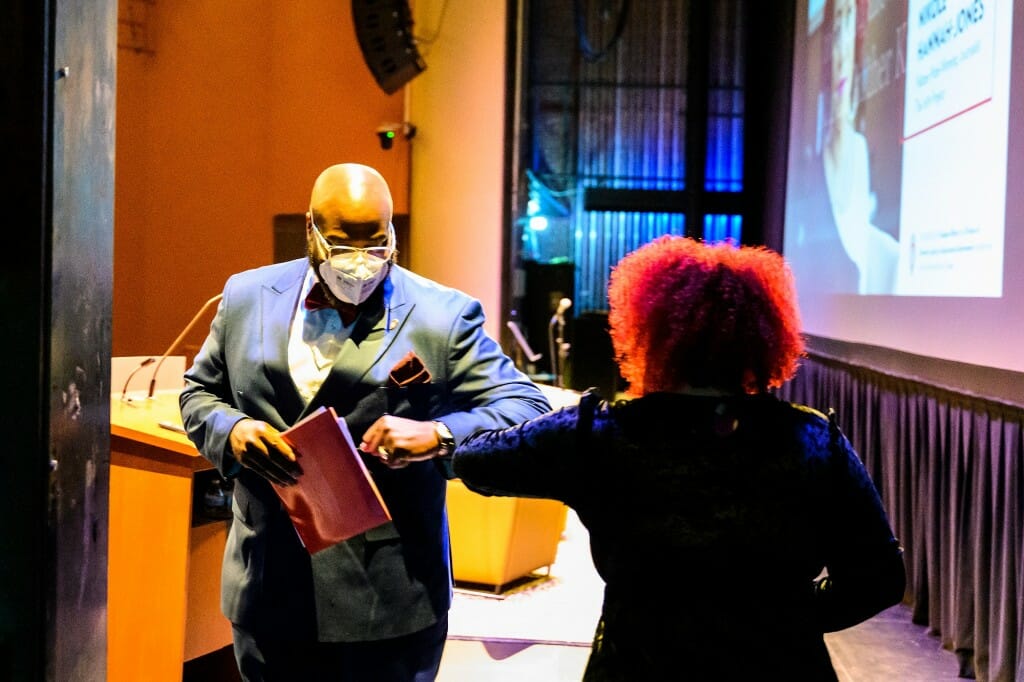 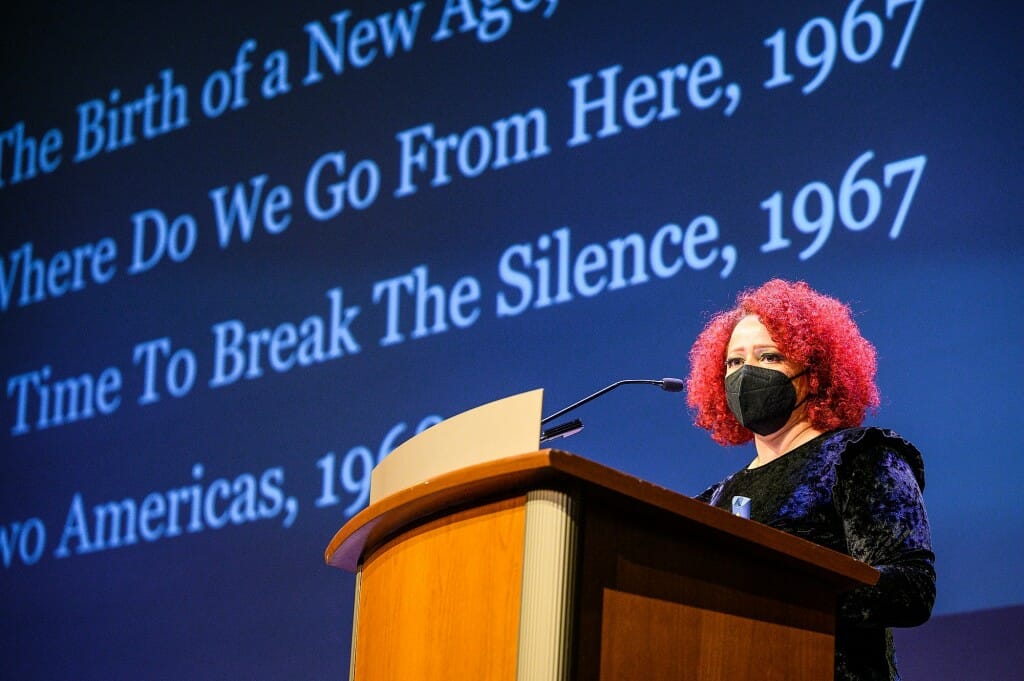 3 Hannah-Jones said commemorating Martin Luther King Jr. must entail action, not just words. "Dr. King did not sit around and hope for a better day. He determined to bring that day about." Photo by: Jeff Miller 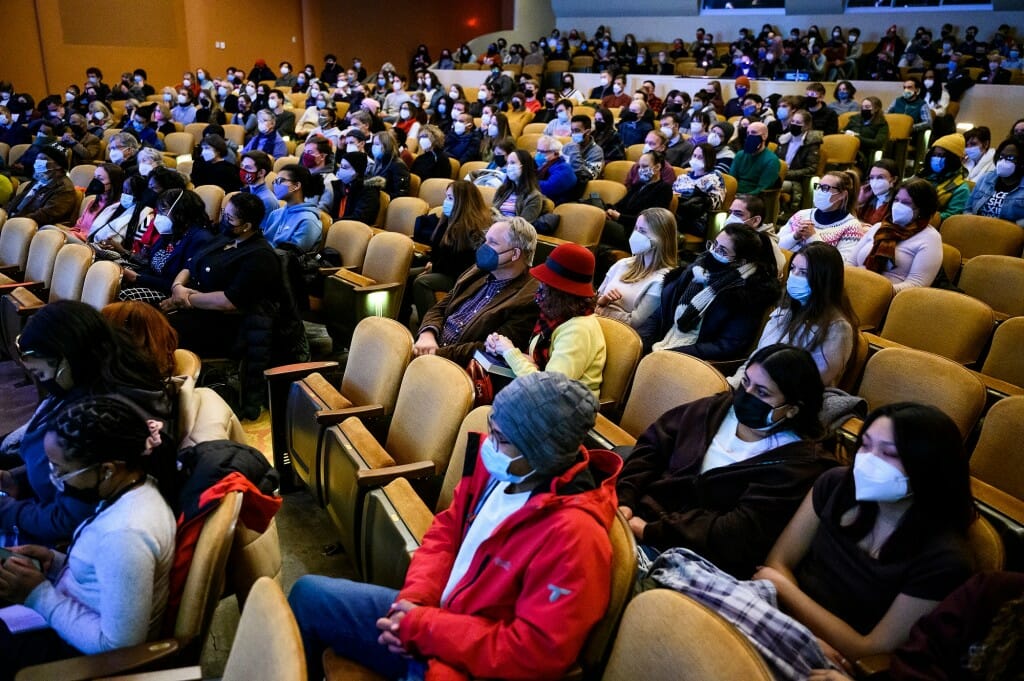 4 An in-person audience of nearly 350 people in Shannon Hall, along with more than 2,500 virtual viewers of the livestream, heard Hannah-Jones speak. Photo by: Jeff Miller 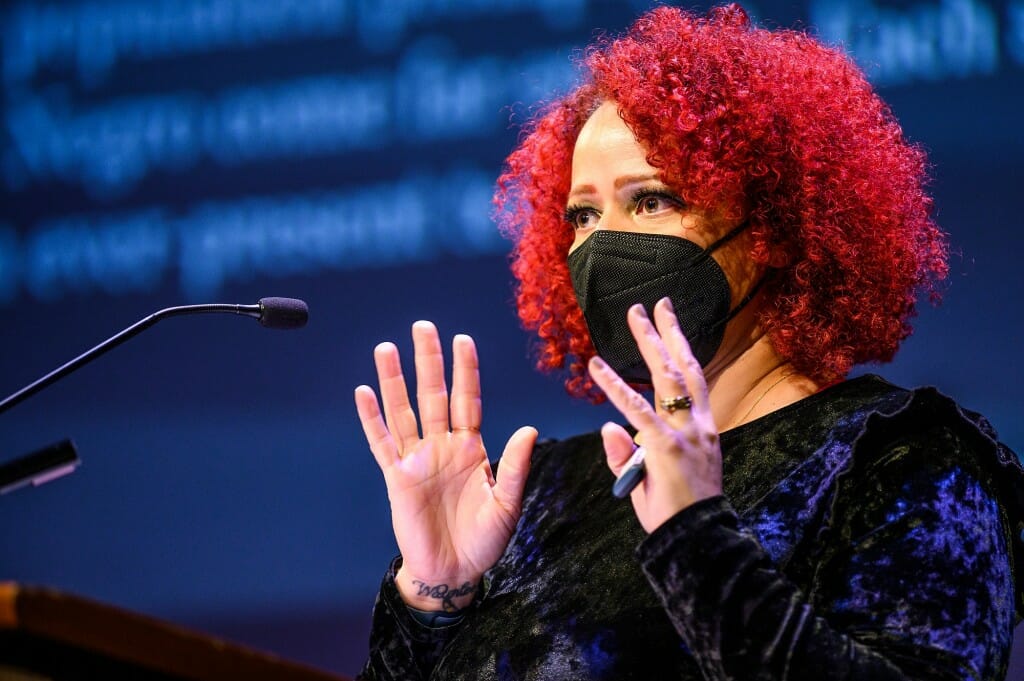 5 People often invoke King without knowing much about what he truly said or stood for, Hannah-Jones said. “The real Martin Luther King Jr. called for mass redistribution of wealth and the transfer of military spending to programs to uplift the poor." Photo by: Jeff Miller 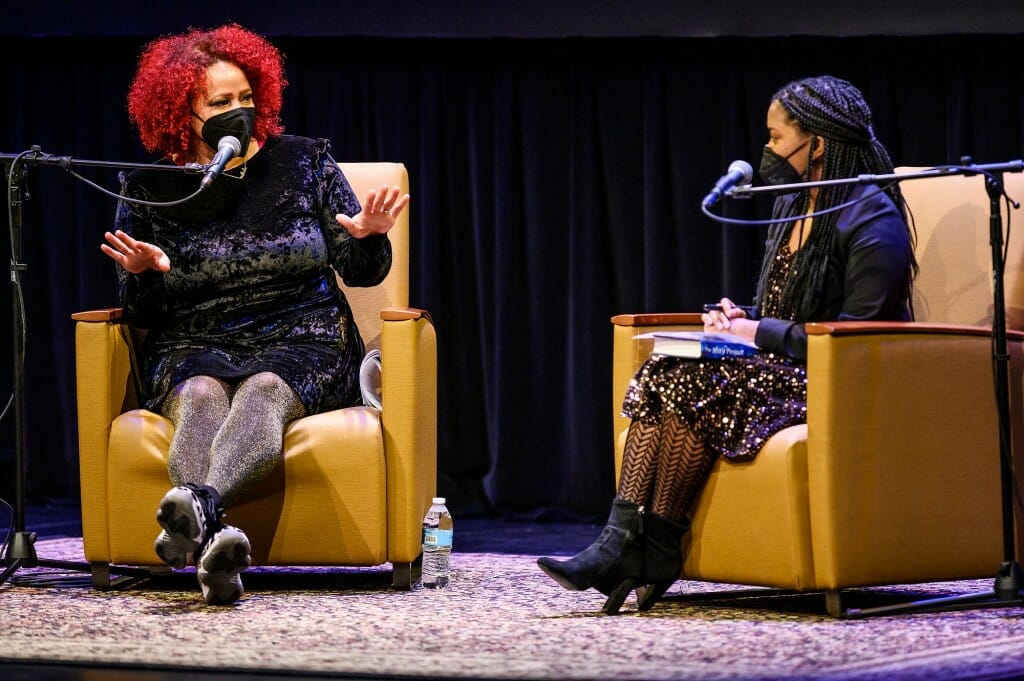 6 During a Q&A moderated by UW–Madison senior Tamia Fowlkes. Hannah-Jones said, “1776 doesn't actually tell you what you most need to know about this country — that so much of our defining tensions, so much of our most vexing problems, so much of our cultural contributions come from 1619, with that decision to purchase that first group of Angolans.” Photo by: Jeff Miller 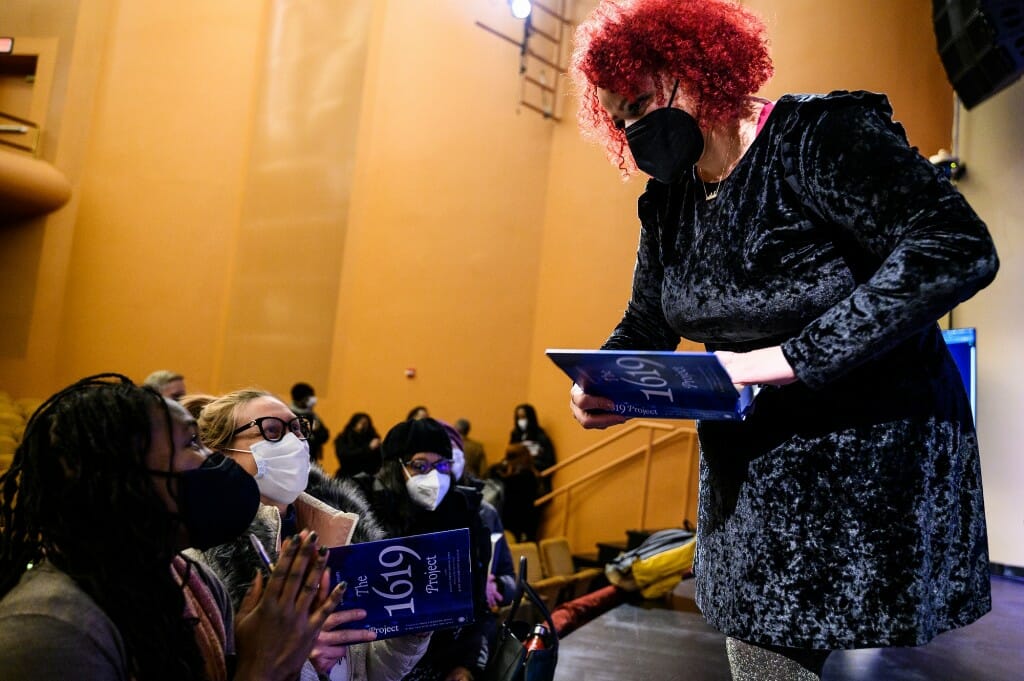 7 Hannah-Jones autographs copies of the book "The 1619 Project," based on her Pulitzer Prize-winning work for the New York Times. Photo by: Jeff Miller 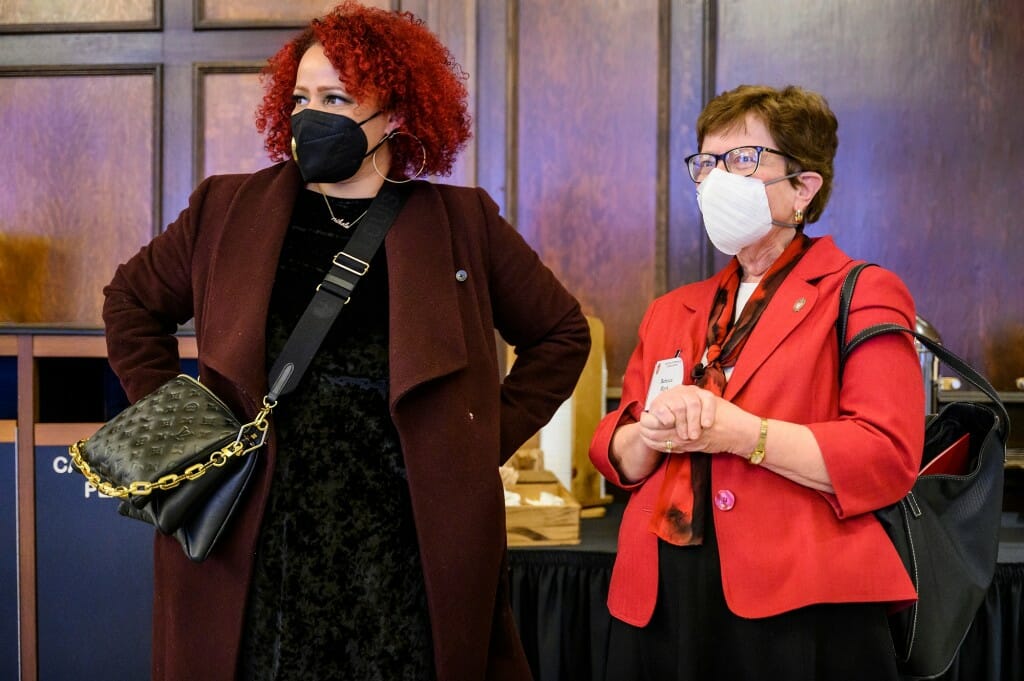 8 Nikole Hannah-Jones and UW–Madison Chancellor Rebecca Blank wait for guests to arrive at a private reception in Tripp Hall. Photo by: Jeff Miller 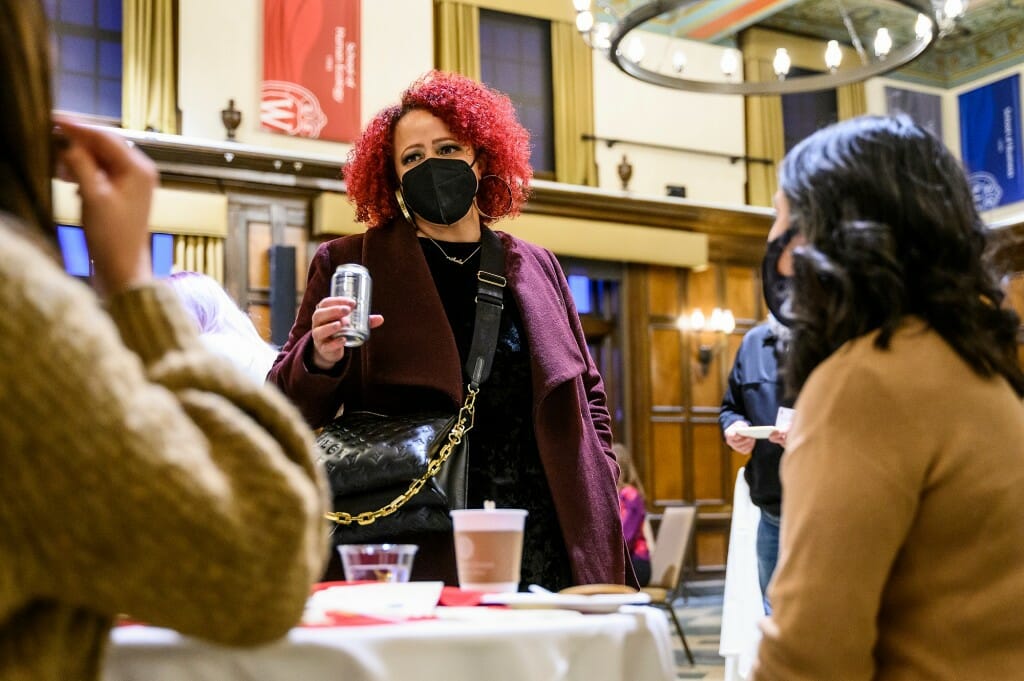 9 Hannah-Jones, who has spent her career investigating and reporting on racial inequality and injustice, visits with guests at the reception. Photo by: Jeff Miller 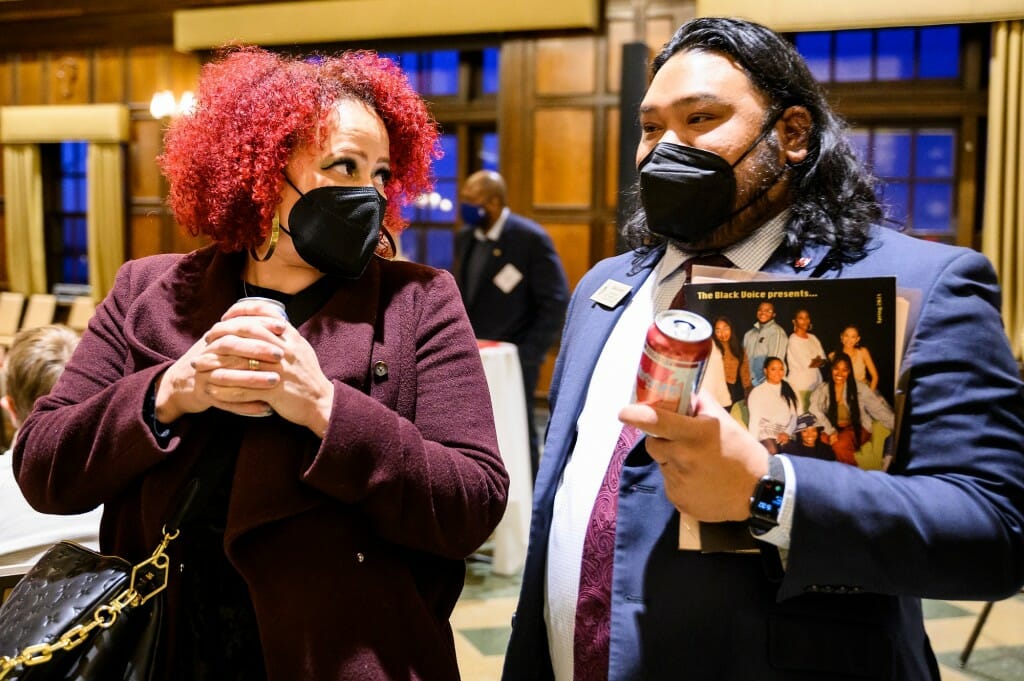 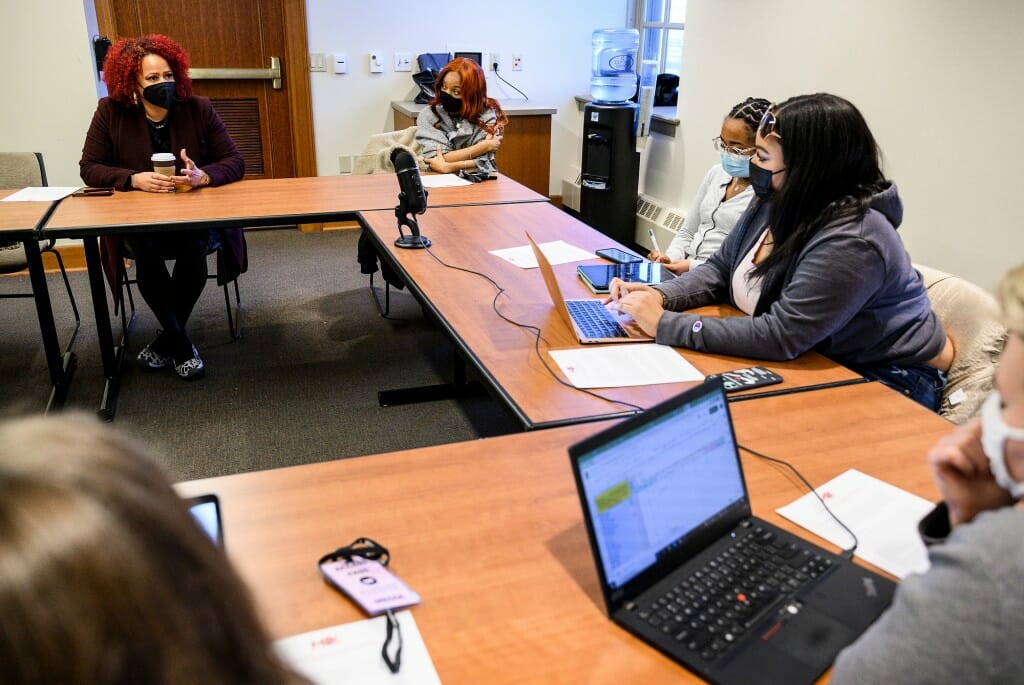 11 Hannah-Jones' visit to UW–Madison included a meeting with student journalists in the Memorial Union. Representatives of The Black Voice and The Daily Cardinal attended. “You don’t get into journalism to make powerful people comfortable,” she told them. Photo by: Jeff Miller