An ultrathin coating developed by University of Wisconsin–Madison engineers upends a ubiquitous physics phenomenon of materials related to thermal radiation: The hotter an object gets, the brighter it glows.

“This is the first time temperature and thermal light emission have been decoupled in a solid object. We built a coating that ‘breaks’ the relationship between temperature and thermal radiation in a very particular way,” says Mikhail Kats, a UW–Madison professor of electrical and computer engineering. “Essentially, there is a temperature range within which the power of the thermal radiation emitted by our coating stays the same.”

Currently, that temperature range is fairly small, between approximately 105 and 135 degrees Celsius. With further development, however, Kats says the coating could have applications in heat transfer, camouflage and, as infrared cameras become widely available to consumers, even in clothing to protect people’s personal privacy. 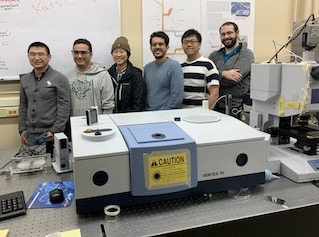 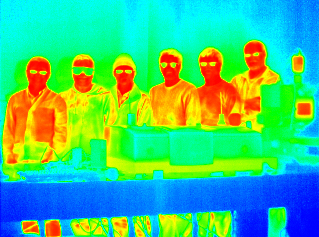 Taken with a long-wave infrared camera, this image of the same researchers in Kats’ lab shows distinct color variations across areas that are warmer (faces and bodies) and cooler (the table). Image Courtesy of Kats group

Kats, his group members, and their collaborators at UW–Madison, Purdue University, Harvard University, Massachusetts Institute of Technology and Brookhaven National Laboratory published details of the advance this week in the Proceedings of the National Academy of Sciences.

The coating itself emits a fixed amount of thermal radiation regardless of its temperature. That’s because its emissivity — the degree to which a given material will emit light at a given temperature — actually goes down with temperature and cancels out its intrinsic radiation, says Alireza Shahsafi, a doctoral student in Kats’ lab and one of the lead authors of the study. 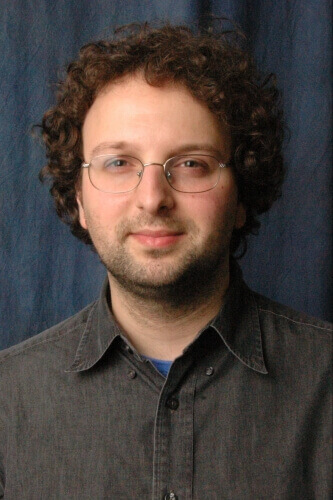 “We can imagine a future where infrared imaging is much more common, negatively impacting personal privacy,” Shahsafi says. “If we could cover the outside of clothing or even a vehicle with a coating of this type, an infrared camera would have a harder time distinguishing what is underneath. View it as an infrared privacy shield. The effect relies on changes in the optical properties of our coating due to a change in temperature. Thus, the thermal radiation of the surface is dramatically changed and can confuse an infrared camera.”

In the lab, Shahsafi and fellow members of Kats’ group demonstrated the coating’s efficacy. They suspended two samples — a coated piece of sapphire and a reference piece with no coating — from a heater so that part of each sample was touching the heater and the rest was suspended in much cooler air. When they viewed each sample with an infrared camera, they saw a distinct temperature gradient on the reference sapphire, from deep blue to pink, red, orange and almost white, while the coated sapphire’s thermal image remained largely uniform.

A team effort was critical to the project’s success. Purdue collaborator Shriram Ramanathan’s group synthesized the samarium nickel oxide and performed detailed materials characterization. Colleagues at MIT and at Brookhaven National Laboratory used the bright light of a particle-accelerating synchrotron to study the coating’s atomic-level behavior. 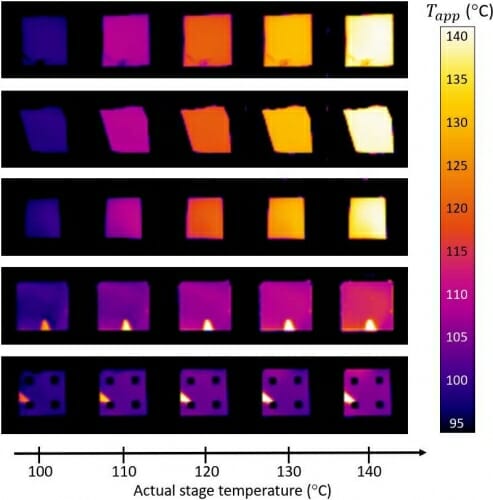 Kats is the Dugald C. Jackson Faculty Scholar in Electrical and Computer Engineering at UW–Madison. Other authors on the PNAS paper include Yuzhe Xiao, Chenghao Wan, Raymond Wambold, Jad Salman and Zhaoning Yu of UW–Madison, You Zhou of Harvard, Zhen Zhang of Purdue, Jiarui Li and Riccardo Comin of MIT, and Jerzy Sadowski of Brookhaven National Laboratory.