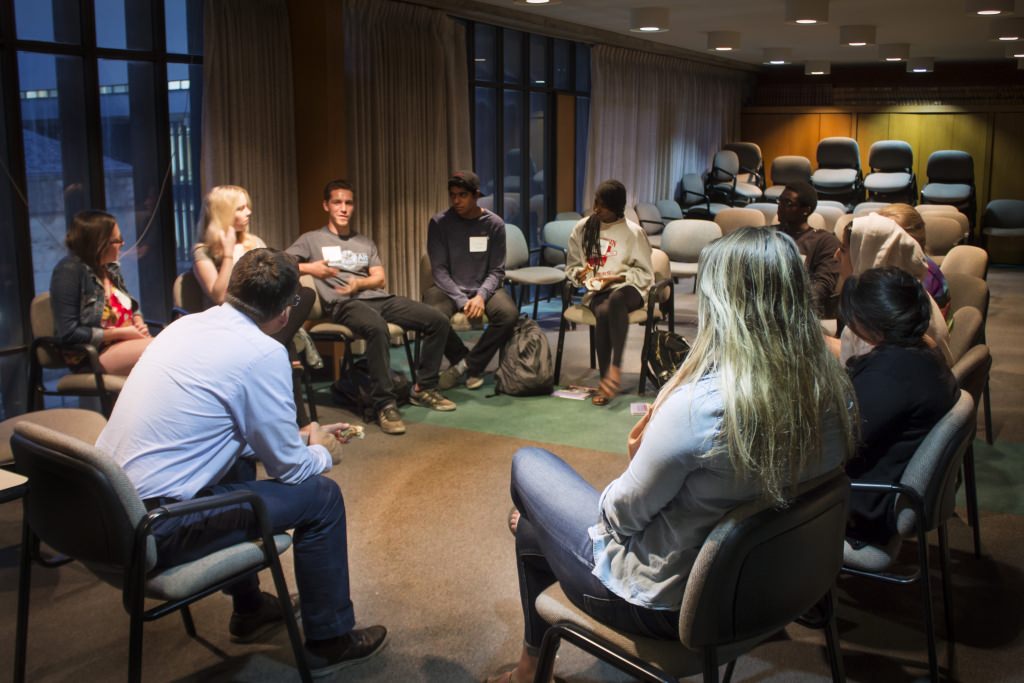 Director Ulrich Rosenhagen hosts the first meeting for the Center for Religion and Global Citizenry on Oct. 10, 2017. The center has 12 student members from six different religions. Emily Hamer

A new program on campus called the Center for Religion and Global Citizenry is bringing together students of different beliefs, including Christianity, Judaism, Islam, Hinduism, Buddhism and secular humanism, to promote inter-religious dialogue at the University of Wisconsin–Madison.

The center, which had its first meeting Oct. 10, is a co-curricular, non-credit educational opportunity for a selected group of students, who each receive a $750 stipend for their work at the center. The 12 students who were selected from around 30 applicants will meet weekly to discuss a curriculum created by Ulrich Rosenhagen, the center’s director. 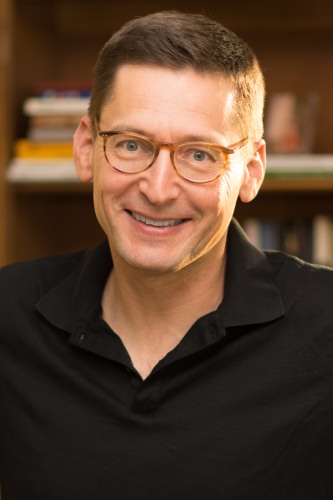 Ulrich Rosenhagen is the director of the new center and a religious studies lecturer at UW–Madison. Courtesy of David Giroux

Rosenhagen, who is also a lecturer in religious studies, says the goal of the new center is for students to have “tough conversations” about religion in a meaningful and respectful way. The core group of students can then bring these interfaith discussions to the larger campus community by organizing events, panels and discussions for the whole campus.

“This scholarship is awesome, but it’s only 12 of us,” says senior Kyra Fox, who is a member of the center, Jewish and a Unitarian Universalist. “I’m really excited to see what the 12 of us can do beyond this room.”

Rosenhagen started the center to fill a “void” on campus. Right now, religion is pushed to “the fringes” of campus, with students rarely talking about religious differences and commonalities, Rosenhagen says. While religion has been a part of campus climate and diversity conversations, Rosenhagen wants to make sure it stays that way. 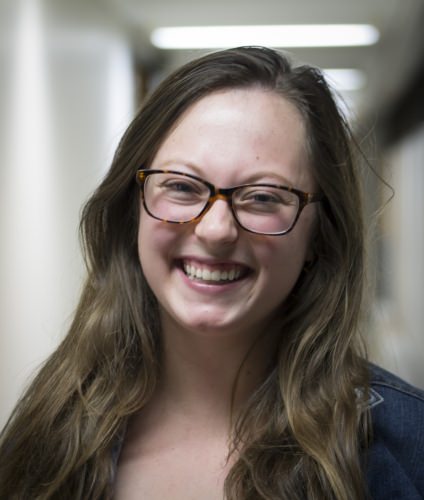 Senior Kyra Fox is a new member of the center. She is also Jewish and a Unitarian Universalist. Emily Hamer

Before the Center for Religion and Global Citizenry, the UW Lubar Institute for the Study of the Abrahamic Religions was the program that sought to further religious diversity on campus. In June 2016, however, the Lubar Institute closed because of a lack of funding. When Rosenhagen, who was associate director of the Lubar Institute at the time, found out the institute would be closing, he started making plans for a new center.

The summer before the Lubar Institute closed, Rosenhagen proposed a plan for a new center to the university. He was met with ample support from the university and, in July, received a $5,000 grant from the Interfaith Youth Core to launch the center’s programs. 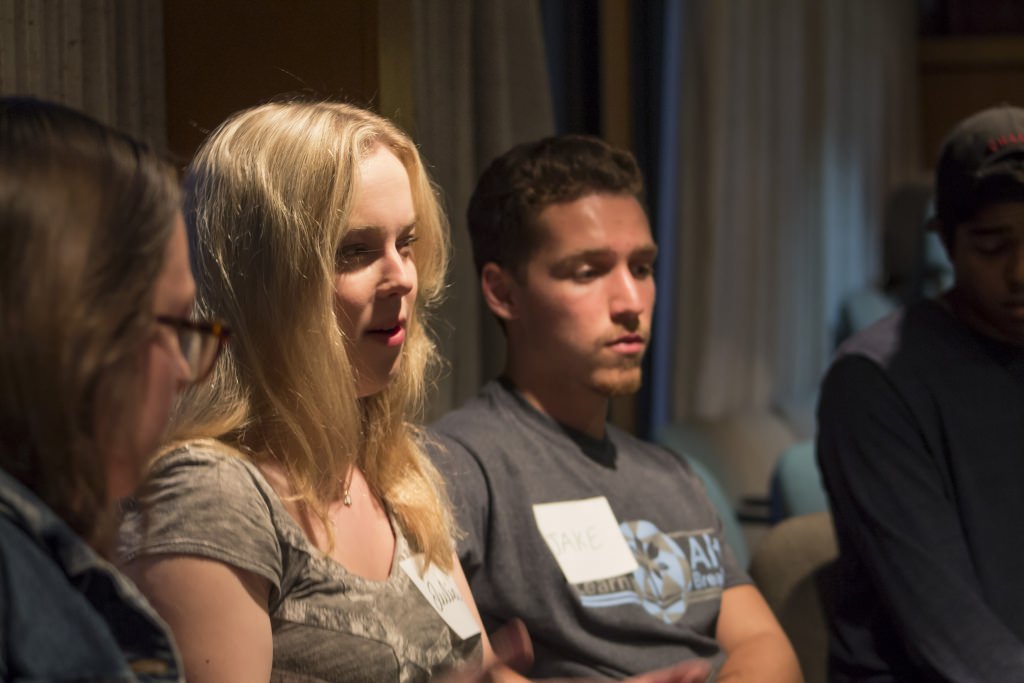 Student members of the new Center for Religion and Global Citizenry met Oct. 10, 2017, to discuss their goals for the semester. Emily Hamer

While the missions for the Lubar Institute and the Center for Religion and Global Citizenry are aligned, Rosenhagen says the new center will be more focused on student programs, whereas the Lubar Institute tried to serve the larger Madison community as well. Another major difference is that the new center is expanding beyond the Abrahamic religions to include students of eastern religious traditions, as well as atheists, agnostics and humanists. 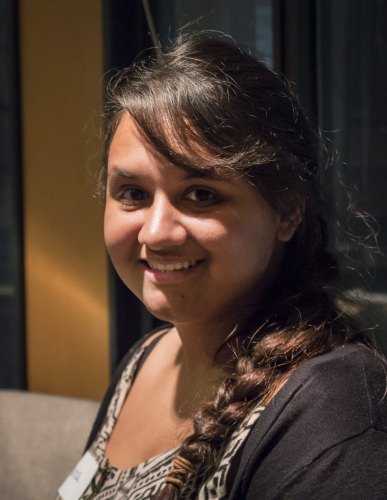 Senior Meghana Brandl, an agnostic atheist and member of the new center, says she wants to bring the secular community into religious dialogue. Emily Hamer 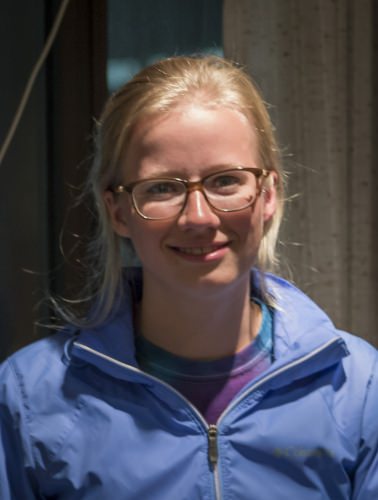 Sophomore Maddie Loss, a Christian student and member of the new center, hopes the center will organize events for religions to hear each others’ sermons and pray together. Emily Hamer

Though Rosenhagen wrote the grant and spearheaded the creation of the center, he wants the work of the Center for Religion and Global Citizenry to be driven by students.

“I can imagine that students come and have very different ideas they want to talk about,” Rosenhagen says. “It’s not for me then to tell them what they should work on.”

Some of the members of the center have already started a UW Interfaith Network Facebook group that is open for everyone on campus to share ideas and collaborate across religious divides. The network has 62 members and was already used as a platform to draft a statement in response to the recent swastika graffiti that was found near a Madison synagogue.

The Facebook group is supporting and supported by the Center for Religion and Global Citizenry, with members of the center being leaders in the online network. Fox says she wants both entities to serve as a “first response system” to acts that might fuel religious division.

“To incidents of hate, discrimination and bigotry on our campus, I’d like to see faith groups come together and stand as a unified front because I think that can be really powerful when it’s not just one faith group condemning it, but it’s everyone saying this is not our faith, our faith does not condone this,” Fox says. 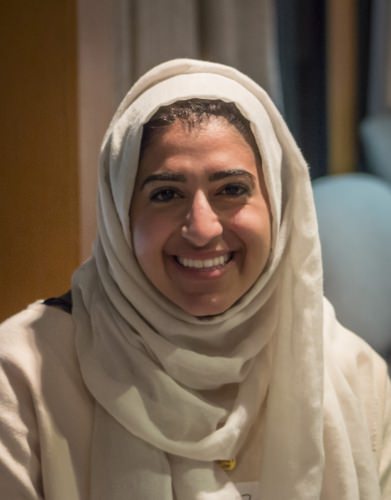 Zahiah Hammad, a sophomore Muslim student and member of the new center, says she thinks her fellow members will be able to use their connections to bring the campus together. Emily Hamer

In addition to being a voice of unity across religions, the 12 students of the Center for Religion and Global Citizenry have a variety of goals for upcoming semesters. Rosenhagen says he wants the students to plan at least one campus-wide event this semester and two to three next semester, but the rest is up to them.

Zahiah Hammad, sophomore and Muslim student, says they could organize panels, forums or watch a documentary and have a discussion. Sophomore Maddie Loss, a Christian majoring in social work, thinks it would be powerful to have a worship services with all religions, where students can hear sermons from each tradition and take part in prayer together.

Zawadi Carroll, junior and Christian student, thinks one way people from differing faiths could connect with each other is an event organized around food.

“I always kind of like just eating and talking together,” Carroll says. “There’s also a lot of food traditions associated with people’s faiths so just events that explore that and encourage organic conversation and not just facilitated ones.” 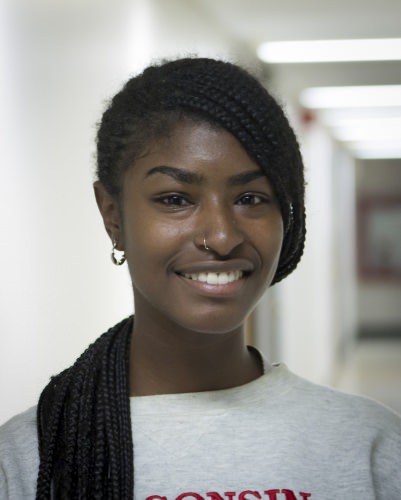 Junior Zawadi Carroll, a Christian student and member of the center, says she hopes they can create events organized around food and religion. Emily Hamer

Hammad, who is also a member of the Muslim Student Association, says she hopes the members of the center will be able to use their connections with other religious organizations to spark collaboration across religious groups, as she plans to do with MSA.

Meghana Brandl, a UW senior and agnostic atheist, wants to make sure the secular community is included in the conversation too. As outreach chair of Atheists, Humanists and Agnostics, Brandl hopes to connect AHA with inter-religious dialogues.

After their first meeting, Loss said she was confident her fellow members of the Center for Religion and Global Citizenry have open minds and are ready to learn. Loss thinks they will be able to bring these sentiments to the larger campus community.

Whatever direction the students decide to take, Rosenhagen says he is excited for the months and years to come.

“The center at this point is really in its infancy,” Rosenhagen says. “Two years down the road we hope to have many more campus wide programs for students to pop in and participate in, but for now I’m totally satisfied. This is going to be good.”