Photo gallery Neither snow nor sleet stops students from voting

Despite overcast skies and falling sleet, on-campus polling sites were busy for the spring election on Tuesday. Students and residents voted at Memorial Union, the Red Gym, Memorial Library and Eagle Heights Community Center. At stake in the election are a Wisconsin Supreme Court justice seat and a referendum to eliminate the state treasurer’s office. Also up are other judicial, educational and municipal offices. 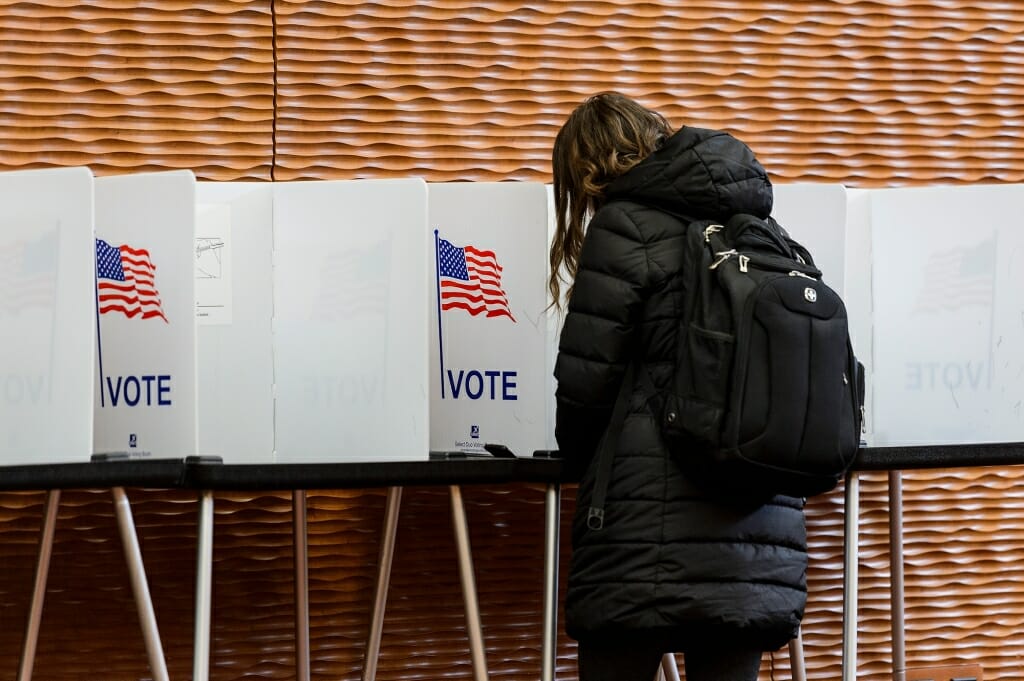 1 A woman fills out an election ballot for the spring election and register her votes at the Gordon Dining and Event Center Photo by: Jeff Miller 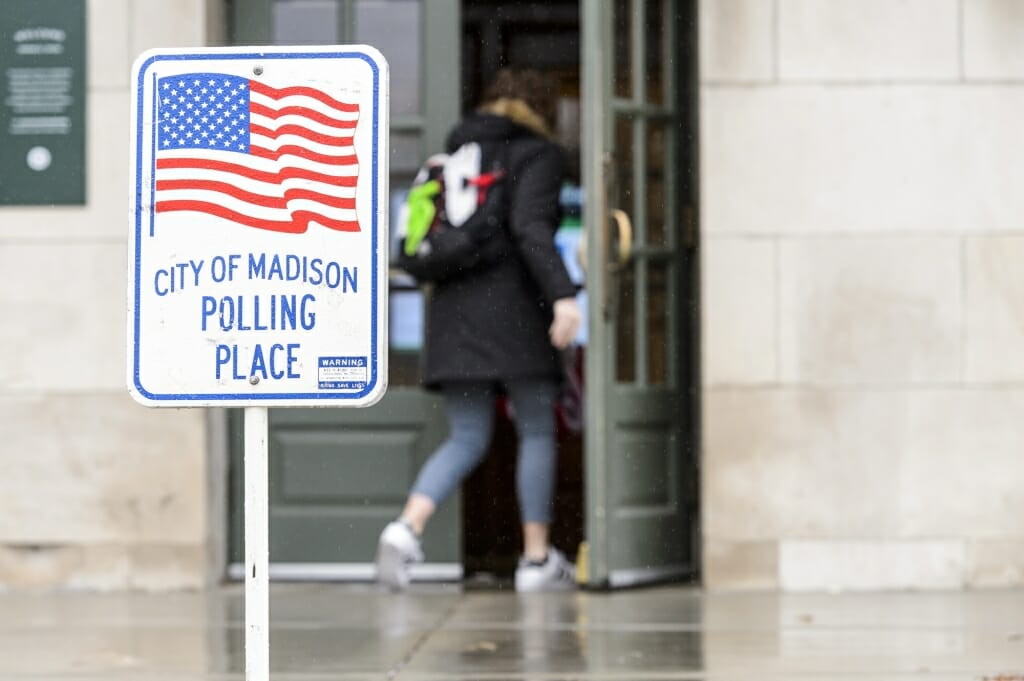 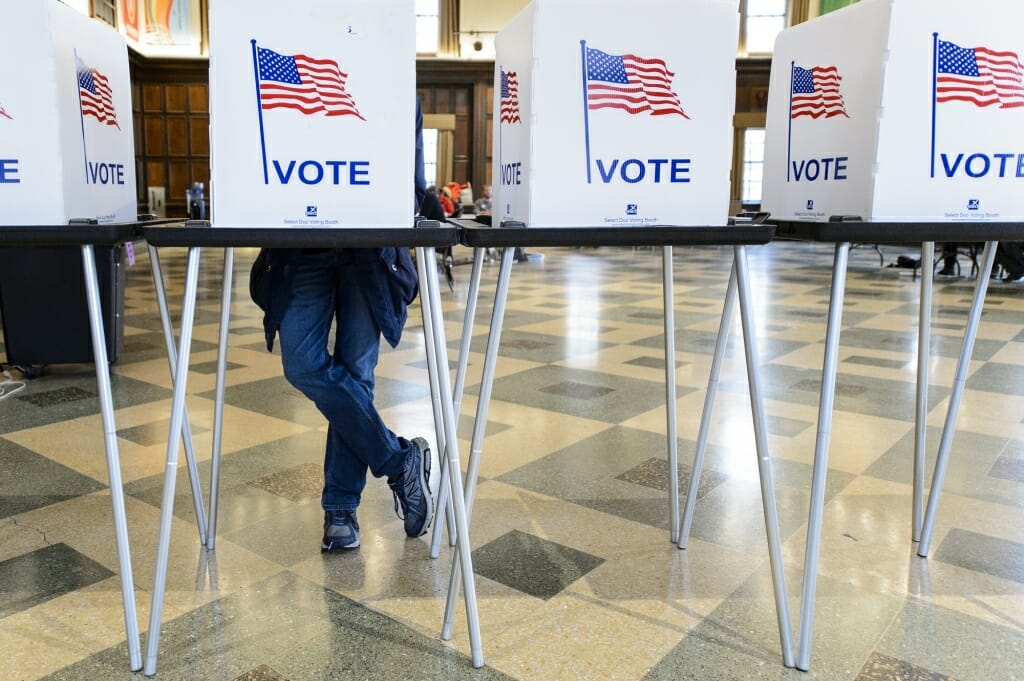 3 Astudent fills out a ballot at the polling place in the Memorial Union. Photo by: Bryce Richter 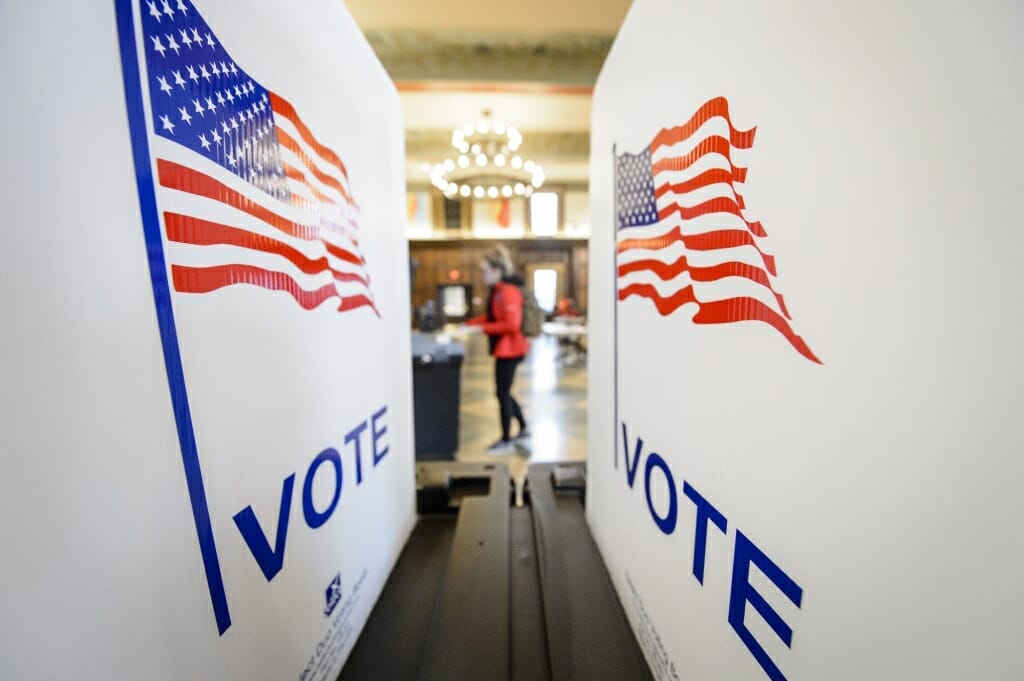 4 A student places her ballot for the spring election into the tabulating machine in Tripp Commons inside the Memorial Union. It's one of several polling places for UW-Madison students and others living on campus. Photo by: Bryce Richter