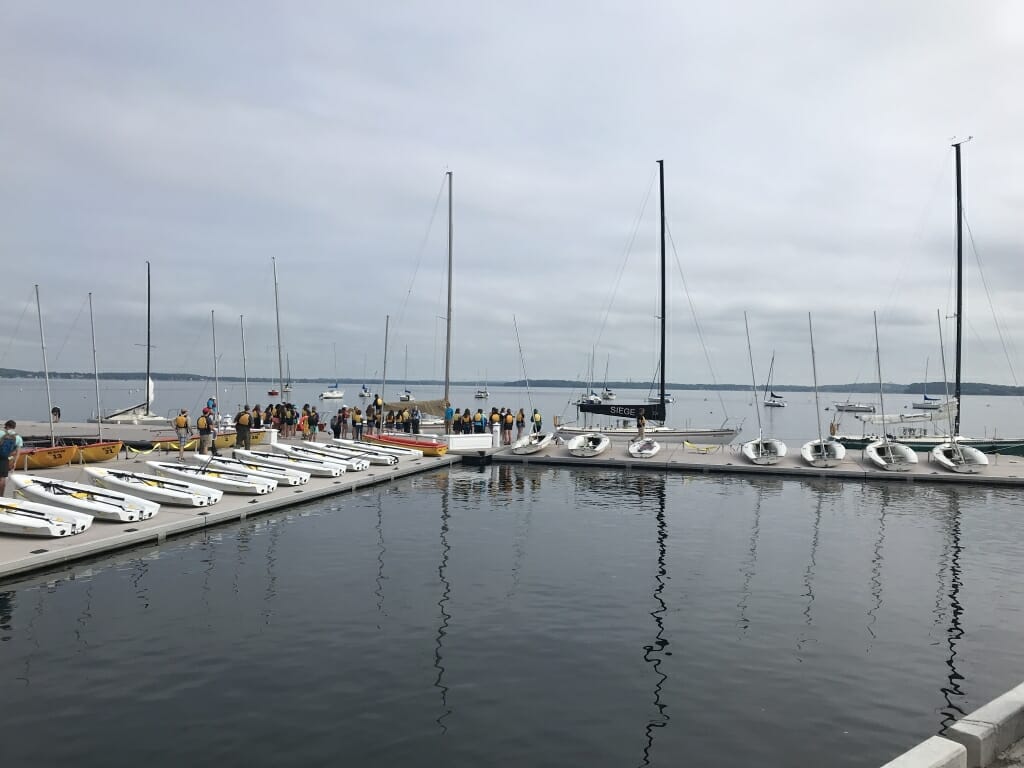 The new marina makes it easier for boaters to get on and off the water. Wisconsin Union

A project five years in the making, the nearly complete Tong Family Marina near the Memorial Union will offer safer and better access to Lake Mendota.

What started as simply updating the docks quickly became a $5 million reinvestment in the lakefront.

“Upon surveying the lakefront, we realized that we had to redo the landside as well as everything that touches the water. That opened up a whole new opportunity for us to re-vision the lake space,” said David Elsmo, the sailing program manager at the Wisconsin Union’s Outdoor UW.

This allowed the Union to focus not just on the piers themselves, but also the land surrounding. The project was able to integrate a bio retention and filtration system so that toxins don’t find their way into the lake.

Planners determine a three-fold goal for the new marina. One, an increase in safety on the lakefront, so that it could be easier for people to get on the lake and get off of the lake when there is inclement weather.

“The hallmark of that is the T dock. All of our small boats can launch and recover at the same time, whereas before it was three to four boats. The larger keelboats, which is a fleet that’s been growing, needed more space to dock,” said Elsmo. 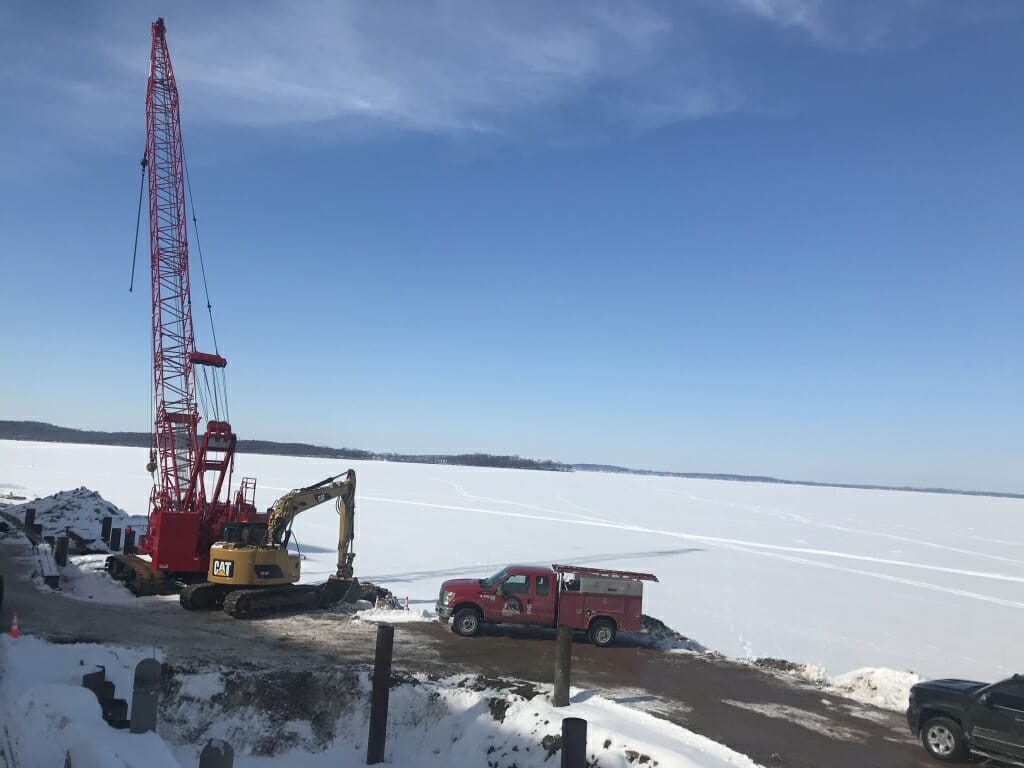 Work on the piers continued through the winter of the last academic year. Wisconsin Union

The brand new T dock also provides water and electrical access so that repair and maintenance can be done quickly and effectively right on the dock.

Additionally, there will be a five-ton crane that can lift boats in and out of the water at all times. This includes not just members of the Union’s Hoofer Sailing Club and sailing team boats but the Madison community of sailors.

That feeds directly into the team’s second goal for the project, which is to reinvest in the community of people who want to take part in the lake.

“We’re not talking about just the sailing club here. We’re talking about outdoor UW, the rentals program, our mooring field program and anybody that can access the lake. We wanted to make it easier for them.”

The third goal was to make it easier for everyone to access the lake from the marina. The docks themselves had to be able to stand up to extreme weather conditions. They create a natural harbor where smaller boats can hide from any storm. Additionally, it streamlines the process of rigging and launching of boats. With the old system, this could take up to 45 minutes, and now it can be a five-minute process.

The project team was also concerned with making sure that the effect on the lake’s eco-system is positive. The old docks affected the lake bottom, and the new one has smaller anchors. 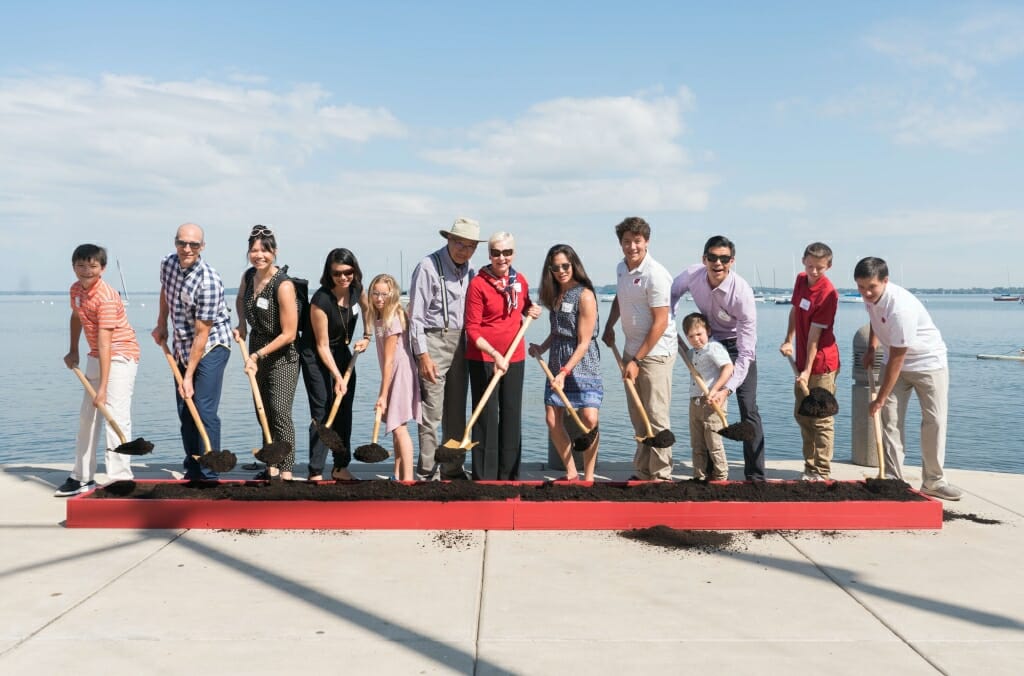 “This was a student-staff partner project. The whole five years prior to us breaking ground, students were working on the design, managing the sailing club, getting people together to look at the designs and really putting it through the wringer to make sure that we had a product that was stabilized as far as what we wanted,” Elsmo said.

This was not the only way in which students were involved. Students helped solicit donations, drew up construction details and implemented usage of the new docks. Students were integral to the project, a role that will benefit students who will use the docks.

Soren Hughes, a UW student and member of the Hoofer Sailing Club, is incredibly excited about what the new marina means for the club.

“Sailing has always been a huge part of UW and we were at the point where we needed that new pier system to operate at the level we were hoping to. It improves the quality of sailing all around. It is now so much easier to get on the water and sail,” Hughes said.

Hughes is excited about the new opportunities this allows people who want to learn to sail. Improved access to the shoreline will encourage more people to get on the water.

At this point, the project is 98 percent complete, according to Elsmo. The T Dock is in use and much of the changes to the shoreline have been made. The only detail left to do is to install the crane, that’s used to lift larger boats into and out of the water.

More information about Outdoor UW, the Hoofer Sailing Club and the Union’s other outdoor clubs is available at http://union.wisc.edu/outdooruw.