UW-Madison has a new leader for its outreach to a wide range of stakeholder groups.

Ben Miller, the university’s director of federal relations, has been named assistant vice chancellor for government and corporate affairs, overseeing UW–Madison’s state, local, federal, corporate, campus and visitor relations. He will begin in his new capacity on Oct. 3. 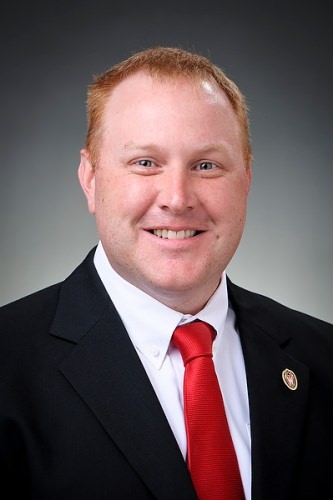 Miller succeeds Charles Hoslet, who held the role before being promoted to vice chancellor for university relations.

“Ben has served the university at almost every level, from schools and colleges to research centers, in Bascom Hall and at the U.S. Capitol,” says Hoslet. “His deep knowledge of higher education policy and successful track record of building relationships across stakeholder groups make him the perfect candidate for this role.”

During his time as the federal relations director, Miller helped open a UW–Madison office in Washington, D.C. and established a physical, full-time presence for the university in the nation’s capital. There, he advocated for the university with both the state’s congressional delegation and federal agencies that provide the bulk of its funding.

In addition to working to advance federal funding for scientific research, Miller led a national effort that resulted in Congress passing an extension of the Perkins Loan program, which was set to expire at the end of last year.

At UW–Madison, Miller served as associate dean for external affairs and communications at the College of Agricultural and Life Sciences from 2004 to 2010. He went on to serve two years as chief of staff to the vice chancellor for university relations and then as director of external relations for the Wisconsin Energy Institute.

“I’m looking forward to conversations with all of our partners, ranging from parents to Wisconsin industry,” says Miller. “We have a great university and need everyone’s help to share its story.”