Scientists have identified two subtypes of metastatic prostate cancer that respond differently to treatment, information that could one day guide physicians in treating patients with the therapies best suited to their disease.

Luminal tumors responded better to testosterone-blocking treatments, while basal tumors did not benefit as much from this hormone treatment. Basal tumors also included the particularly aggressive form of metastatic disease known as small cell neuroendocrine prostate cancer. Further clinical trials will be required before any new diagnostic-based treatment selection is available.

“The reason why these subtypes are important is they respond to hormone therapy very differently,” says Shuang Zhao, a professor of oncology in the University of Wisconsin School of Medicine and Public Health who helped direct the research. “In localized prostate cancer, we’ve shown that luminal tumors had a bigger benefit from anti-testosterone therapy. We wanted to know if the same pattern extended to metastatic disease.” 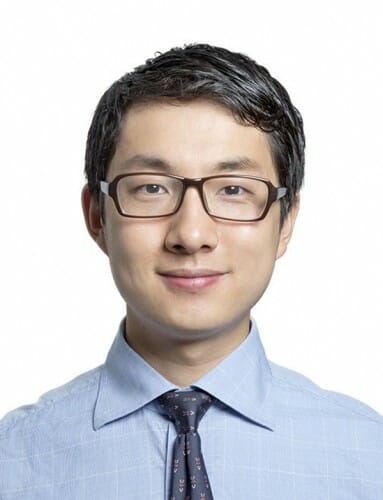 With colleagues at the University of California, San Francisco and other institutions, Zhao published his findings Sept. 23 in the journal JAMA Oncology. The work was co-led by Rahul Aggarwal of UCSF and Nicholas Rydzewski in the Department of Human Oncology at SMPH.

About 20 years ago, scientists discovered luminal and basal subtypes of breast cancer and found that each responds better to different therapies. This has given doctors greater precision in treating their breast cancer patients.

Since breast cancers and prostate cancers share many similarities, including their sensitivity to hormone treatment, in 2016 Zhao’s team looked at whether these similarities extended to different prostate cancer subtypes. They published the first report that identified the luminal and basal subtypes in localized prostate cancer, when the disease remains confined to the prostate.

The new study expanded the analysis to metastatic cancer, when the disease spreads from the prostate. Metastatic prostate cancer is much more lethal than its local version. It’s also more difficult to study, because small tumors can be in many different parts of the body and are harder to biopsy.

So, to identify enough samples to run their analysis, Zhao’s team turned to multiple large, national studies of metastatic prostate cancer patients. The largest of these studies was based out of UCSF and led by two of the current study’s senior authors, Eric Small and Felix Feng.

“We pooled all of the data together and assembled the largest metastatic prostate cancer cohort to date,” says Zhao. The team ended up with a total of 634 patient samples.

The scientists used computational methods to compare the patterns of gene expression in the tumor biopsies. A group of 50 genes determines the basal-or-luminal nature of breast and prostate cancer and, depending on how active each of these genes is, scientists can separate out the two subtypes.

As they had seen for localized prostate cancer, Zhao’s team identified luminal and basal types for metastatic cancer as well. They then asked how the subtypes affected patient survival and response to treatment.

Because the doctors treating the study’s patients did not know about the subtypes at the time, they had to decide what treatment they thought might work best without this information. The variation in treatment produced a natural experiment that the researchers could analyze.

“And we found that just like in localized prostate cancer, the hormone therapies seemed to work better in the luminal tumors than in the basal tumors,” says Zhao.

Although there were two clear subtypes, the researchers also saw that the tumors fell onto a spectrum depending on their degree of luminal-ness or basal-ness. At one extreme were the hormone-treatment-resistant small cell neuroendocrine prostate cancers, which appeared the most basal. At the other end were less aggressive luminal subtypes, which are much more sensitive to hormone therapy. But there were tumors in between the two extremes as well. It’s not yet clear how these middle-of-the-road cancers may benefit from different treatments.

“Now that we’ve discovered this pattern, how do we turn this into a test that metastatic patients can benefit from?” says Zhao, who is also the co-director of the Circulating Biomarker Core at the UW–Madison Carbone Cancer Center, which researches how to develop such blood tests. “The only way it can be used widely is if we make it easier.”