Research from the University of Wisconsin–Madison finds that a new therapeutic approach for heart failure could help restore cardiac function by regenerating heart muscle.

In a study recently published in the journal Circulation, the UW team describes its success in improving, in a mouse model, the function of heart muscle by temporarily blocking a key metabolic enzyme after a heart attack. This simple intervention, the researchers say, could ultimately help people regain cardiac function.

“Our goal was to gain new understanding of how the heart can heal itself following injury at the molecular and cellular level and see if there was a way to restore cardiac function to an earlier state,” says UW–Madison’s Ahmed Mahmoud, professor of cell and regenerative biology in the School of Medicine and Public Health. “We know that a metabolic switch occurs in the heart following birth, which contributes to the loss of capacity for cardiac regeneration. But we didn’t know which mechanisms regulate that metabolic switch. So that’s where we started our research.” 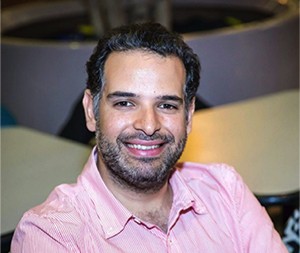 That metabolic switch involves a change to the way in which cells produce energy, transitioning from a process called glycolysis to one called oxidative phosphorylation.

Earlier studies showed that a metabolic compound called succinate, produced by cells, can accumulate in the heart when it’s deprived of oxygen, such as during a heart attack. This can trigger a cascade of events that leads to the production of harmful molecules, called reactive oxygen species, that can damage heart cells.

Previous studies also showed that blocking another cellular compound, succinate dehydrogenase, could prevent the accumulation of succinate and subsequent damage. Inhibiting the compound can also prompt a metabolic shift in cells to glycolysis, which promotes heart regeneration.

Mahmoud’s team investigated whether they could alter this metabolic switch and preserve the ability of the heart to regenerate following damage. First, they focused on succinate, which in newborn mice reduced the regeneration of new heart cells and caused DNA damage following myocardial infarction.

Then, in young mice, the research team used a metabolite called malonate, which blocks succinate dehydrogenase, to see if it would preserve the capacity of heart cells to regenerate following a heart attack. The treatment not only resulted in complete heart regeneration, it also restored heart function.

To ensure the effects were due to inhibition of succinate dehydrogenase, the research team used another inhibitor, a compound called Atpenin A5, and found effects similar to that produced by malonate.

“We believe our findings are a positive step forward in helping millions of people facing heart failure.”

In adult mice, the researchers also tested whether malonate could, as in young mice, restore the ability of the heart to regenerate following myocardial infarction. They found that it promoted the production of new heart cells, helped bring new blood vessels into the region damaged by the infarction, and led to heart regeneration. It also reinforced the finding that inhibiting succinate dehydrogenase helps the heart switch from oxidative phosphorylation to glycolysis.

“Both vascular and myocardial damage arise from acute cardiovascular events such as myocardial infarction,” Mahmoud explains. “The limited capacity of the adult heart to repair itself represents a major barrier in cardiovascular medicine and often leads to heart failure. Our research shows that it may be possible to improve the function of the heart muscle after infarction, which is good news for people who have systolic heart failure.”

Heart failure remains a significant problem in the United States. According to the American Heart Association, 6 million American adults were affected by heart failure between 2015 and 2018. It is a chronic, progressive condition that reduces the ability of the heart to pump blood well. Heart failure can be caused by myocardial infarction, and every 39 seconds an American has a heart attack.

The researchers say that malonate, and the inhibition of succinate dehydrogenase in general, warrants more study. For instance, in the adult heart, malonate led to increases in succinate levels two weeks after heart attack in the mice, suggesting that it actually promotes metabolic reprogramming of the heart into a regenerative state, rather than preventing an accumulation of the metabolite.

Succinate dehydrogenase is also a tumor suppressor, so it’s important to better understand the implications of inhibiting it in the context of heart attack. Further, the researchers say, it’s important to find ways to deliver malonate treatment specifically to the heart.

“Understanding the effect of malonate on the heart as well as other tissues will be an essential step prior to translating our findings to the clinic for treatment of heart failure,” says Mahmoud. “We believe our findings are a positive step forward in helping millions of people facing heart failure.”

The team is now studying whether malonate might regenerate the hearts of larger animals and is working to better understand the long-term effects of brief succinate dehydrogenase inhibition.

Funding for this project was provided by the UW School of Medicine and Public Health from the Wisconsin Partnership Program, an American Heart Association Career Development Award 19CDA34660169, NIH/NCATS through CTSA award UL1TR002373 to the UW Institute for Clinical and Translational Research, a postdoctoral training award from the Stem Cell and Regenerative Medicine Center at UW­–Madison and NIH/NHLBI under Ruth L. Kirschstein NRSA T32 HL007936 to the UW Cardiovascular Research Center.