Melting ice caps may not shut down ocean current

Most simulations of our climate’s future may be overly sensitive to Arctic ice melt as a cause of abrupt changes in ocean circulation, according to new research led by scientists at the University of Wisconsin–Madison. 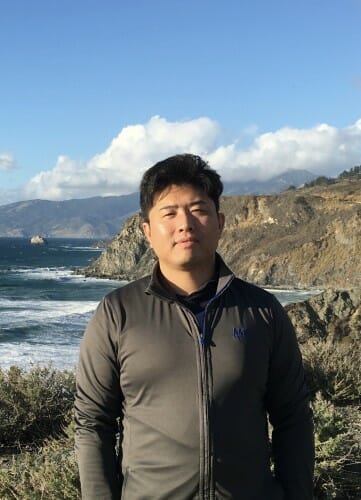 “We’ve been taught to picture it like a conveyor belt — even in middle school and high school now, it’s taught this way — that shuts down when freshwater comes in from ice melt,” says Feng He, an associate scientist at UW–Madison’s Center for Climatic Research.

However, building upon previous work, He says researchers are revising their understanding of the relationship between AMOC and freshwater from melting polar ice.

In the past, a stalled AMOC has accompanied abrupt climate events like the Bølling-Allerød warming, a 14,500-year-old, sharp global temperature hike. He successfully reproduced that event using a climate model he conducted in 2009 while a UW–Madison graduate student.

“That was a success, reproducing the abrupt warming about 14,700 years ago that is seen in the paleoclimate record,” says He, now. “But our accuracy didn’t continue past that abrupt change period.”

Instead, while Earth’s temperatures cooled after this abrupt warming before rising again to plateau at new highs for the last 10,000 years, the 2009 model couldn’t keep pace. The simulated warming over the northern regions of the planet didn’t match the increase in temperatures seen in geological archives of climate, like ice cores.

In a study published this week in the journal Nature Climate Change, He and Oregon State University paleoclimatologist Peter Clark describe a new model simulation that matches the warmth of the last 10,000 years. And they did it by doing away with the trigger most scientists believe stalls or shuts down the AMOC.

Warming temperatures on Earth’s surface cause sea ice in the Arctic Ocean and the Greenland Ice Sheet to melt, releasing fresh water into the ocean. Scientists widely believed that the freshwater influx disrupts the density differences in the North Atlantic that make the AMOC’s north-bound water sink and turn back south.

“The problem,” says He, “is with the geological climate data.”

Though the climate record shows an abundance of freshwater that came from the final melting of the ice sheets over North America and Europe, the AMOC barely changed. So, He removed the assumption of a freshwater deluge from his model.

“Without the freshwater coming in making the AMOC slow down in the model, we get a simulation with much better, lasting agreement with the temperature data from the climate record,” He says. “The important result is that the AMOC appears to be less sensitive to freshwater forcing than has long been thought, according to both the data and model.”

This is particularly important to climate models that evaluate how the AMOC will respond to  future increases of freshwater from ice melt.

“It’s built into many models,” He says. “Future global warming from increasing carbon dioxide in the atmosphere melts sea ice, and the freshwater from the melting ice is believed to cause the AMOC to weaken.”

The widespread consequences of a drastic weakening of the AMOC include rapid sea-level rise on the eastern coast of North America, cooling over Europe that could disrupt agriculture, a parched Amazon rainforest and disruption of Asian monsoons. The new modeling study anticipates a much smaller reduction in AMOC strength, but that doesn’t rule out abrupt change.

“We suggest until this challenge is solved, any simulated AMOC changes from freshwater forcing should be viewed with caution,” He says. “We can’t be certain why the AMOC shut down in the past. but we are certain it did change. And it can change again.”