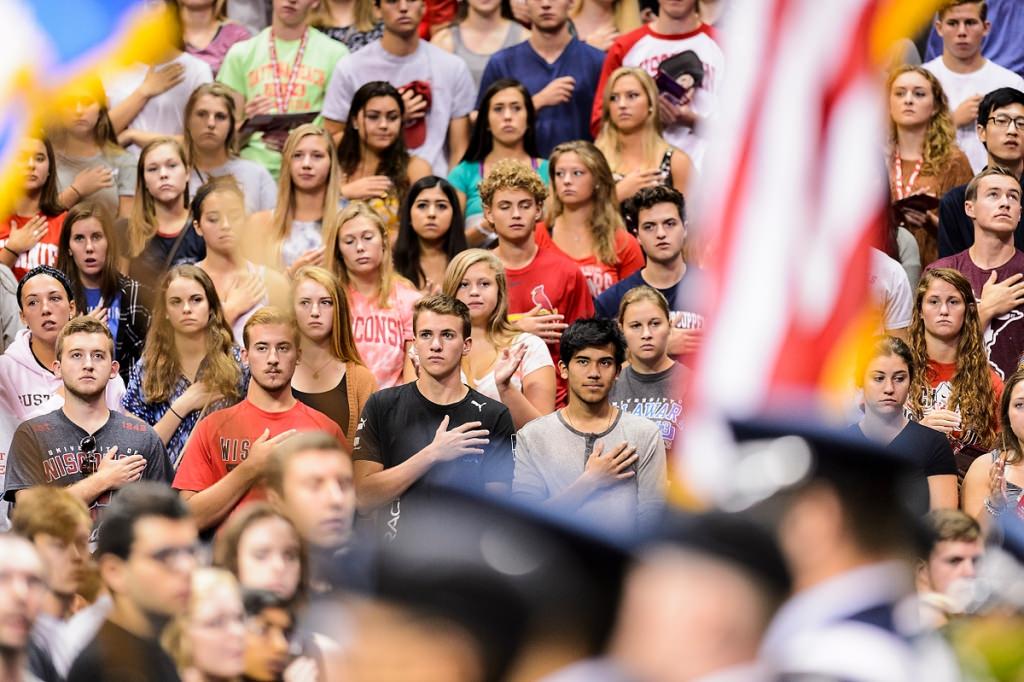 First-year students stand at attention for the singing of the national anthem at the start of the Chancellor’s Convocation on Sept. 2. Photo: Jeff Miller

The Board of Regents lifted a nonresident undergraduate enrollment cap last year (with Wisconsin and Minnesota students both counted as in-state due to tuition reciprocity) of no more than 27.5 percent based on a three-year rolling average. UW–Madison committed to enrolling at least 3,600 Wisconsin students annually as part of the agreement.

The freshman class has 645 students from Minnesota, up from 611 last year.

“As Wisconsin’s flagship university, we are committed to welcoming a class that both grows in diversity and maintains a strong representation of our state’s students,” says Steve Hahn, vice provost for enrollment management.