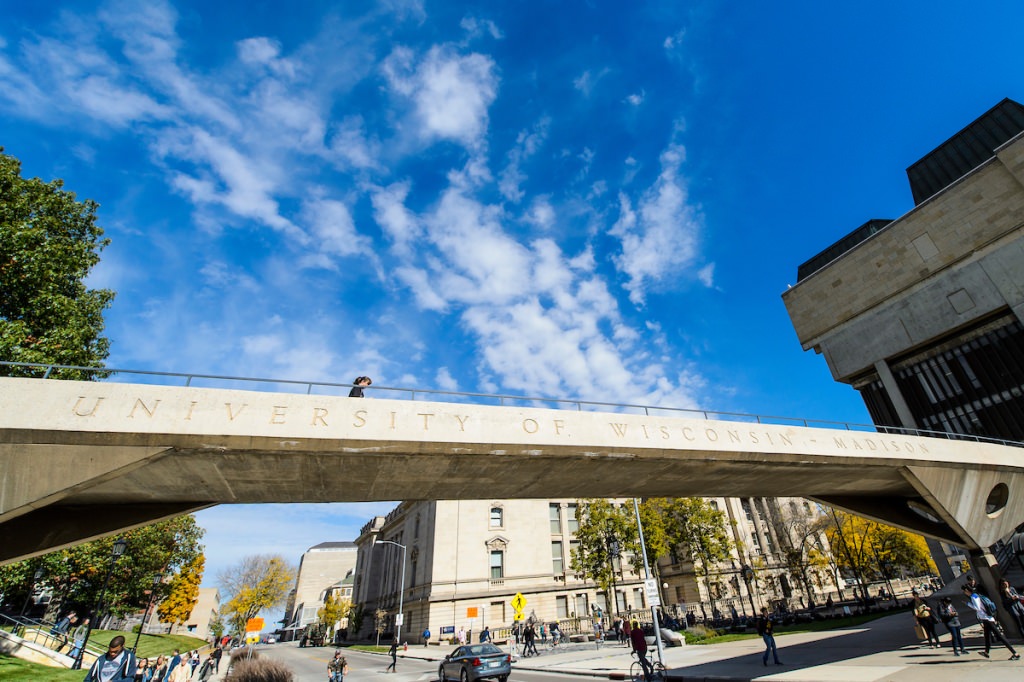 The University of Wisconsin–Madison has a few iconic landmarks: the statue of Abraham Lincoln in front of Bascom Hall, the Carillon Tower, and the colorful Union Terrace chairs on the shore of Lake Mendota.

But one of its most heavily traveled structures is the pedestrian bridge over North Park Street between Mosse Humanities Building and Bascom Mall that numerous students and staff cross every day. Since spring 2017, some of these pedestrians may have wondered why students regularly unload and attach a jumble of wires and sensors to the bridge.

“People sometimes ask if my students are going to blow it up,” says Brock Hedegaard—tongue in cheek, of course. 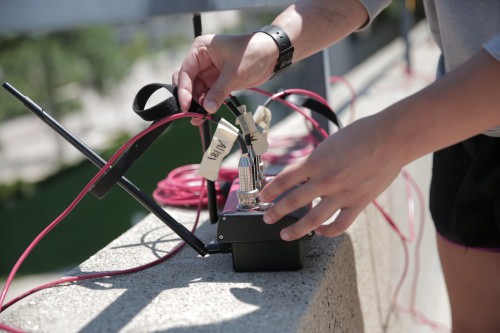 The goal of the project is to collect one year’s worth of vibration data from the sensors, or accelerometers, the students attach to the high-traffic bridge. Hedegaard will use the data to develop new “sub-structuring” analysis methods, which may eventually improve the monitoring of earthquake-damaged buildings, among other things. To that end, the students use several sets of “boundary sensors”—similar to the frets on a guitar—to collect vibration data from sub-sections of the bridge, as well as its entirety. 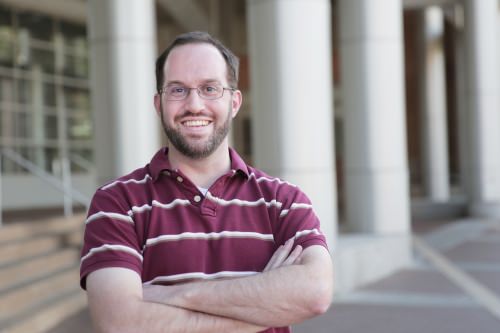 “Let’s say we have some corrosion on a guitar string, but plucking the entire string doesn’t help us pinpoint its location because it only affects a small fraction of the string,” Hedegaard explains. “If we hold down two adjacent frets and pluck only the section of string between them, we will likely notice a much bigger difference in sound because the percent of damage is greater.”

These sub-structuring analysis methods—which Hedegaard says are proven to work in the lab, but have hardly been tested in the field—may help monitor those parts of a building or bridge that have incurred the most visual damage from an earthquake. Ideally, the methods would also provide information on how that specific damage affects the entire structure, all while taking into account the data’s natural long-term variation.

The North Park Street bridge project is part of Hedegaard’s larger research focus on evaluating how structural fingerprinting methods work in the real world. This interest started with his dissertation project at the University of Minnesota, where he began to analyze a gigantic new set of structural monitoring data in 2008.

In that case, the data came from sensors attached to the rebuilt Interstate 35W bridge in downtown Minneapolis after its startling 2007 collapse, which killed 13 people. That disaster created the research impetus to improve structural monitoring methods, and transformed the mindset of Minnesota’s Department of Transportation — as well as its data storage needs, as the new sensors filled up a server in less than a year.

Hedegaard has continued to analyze the I-35W bridge data since his move to UW–Madison in fall 2014, with a focus on identifying structural degradation on a background of normal variation in traffic patterns and outside temperatures observed over several years.

“In order to monitor a structure’s long-term health, we first need to understand the data’s normal fluctuations that fall within the safety range,” Hedegaard says. “When we discovered just how large that normal variation is, it was certainly an eye-opener for me and many other engineers.”

He notes that analysis methods for long-term monitoring data continue to be developed today, especially since structures like the I-35W bridge — with 500 channels of data collected at least once every hour for an expected lifespan of 75 years — aren’t yet common in the United States.

“An important goal of modern design philosophy is to have monitoring and design go hand in hand,” Hedegaard says. “If monitoring plans are part of the design, small problems can be fixed before they accumulate, which will make the kind of sudden and large-scale collapse observed with the I-35W bridge much less likely to occur.”