Marsha Mailick, the University of Wisconsin–Madison’s founding vice chancellor for research and graduate education, announced Thursday that she will step down from her post to return to the faculty.

Mailick, who has been on temporary leave since January, will continue her research on developmental disabilities at the Waisman Center. Interim Vice Chancellor for Research and Graduate Education Norman Drinkwater will continue in the role until a successor is appointed. 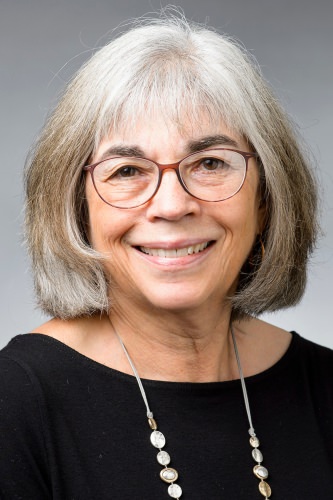 “I’ve made the difficult decision to step down from my role,” says Mailick. “Leading the research enterprise of such an amazing university has been a great privilege. UW–Madison remains one of the world’s top-tier research universities and given the talent and experience of our faculty, staff and students, is positioned to maintain that standing into the future. I know that filling this critical leadership role will be an institutional priority.”

Chancellor Rebecca Blank says Mailick made contributions in all of her leadership roles over many years, and will be missed.

“Marsha has been an effective and innovative leader, introducing exciting new initiatives and providing steady leadership for our research community,” says Blank. “Her efforts to realign and energize a large and complex program of research have helped position UW–Madison for the future. In particular, the UW2020 initiative has shaped UW’s research portfolio.”

Mailick assumed UW–Madison’s top research post on an interim basis in April 2014. She was appointed to the position on a permanent basis in March 2015 and became the university’s first vice chancellor for research and graduate education, a new role created after the reorganization of the UW–Madison Graduate School, which is now a separate unit under the Office of the Vice Chancellor for Research and Graduate Education.

Before becoming the university’s top research officer, Mailick directed the Waisman Center, a large multidisciplinary unit with a focus on developmental disabilities and neurodegenerative diseases, a position she assumed in 2001. As a professor of social work at UW–Madison and an affiliate of the Department of Pediatrics in the UW School of Medicine and Public Health, she is an internationally recognized expert on autism and other developmental disabilities.

“UW–Madison remains one of the world’s top-tier research universities and given the talent and experience of our faculty, staff and students, is positioned to maintain that standing into the future.”

Mailick plans to continue her program of research at the Waisman Center. Her scholarly work focuses on the behavioral phenotype of developmental disabilities during adolescence and adulthood and the impact on parents and siblings, and has been continuously funded by the National Institutes of Health for almost 30 years. She is the author or co-author of more than 200 scholarly works and has mentored scores of graduate students and postdoctoral fellows.

Mailick joined the UW–Madison faculty in 1988 and has a long and distinguished record of service to the UW–Madison campus. In addition to her past administrative role leading the Waisman Center, she served as interim director of the new Wisconsin Institute for Discovery and in 2008 chaired a search for a new UW–Madison chancellor. She has served on numerous committees and advisory boards nationally and on the UW–Madison campus.

“Marsha reinvigorated our university’s longstanding commitment to research excellence with the goal of helping our faculty, staff and students achieve the ‘research projects of their dreams,’” says Interim Vice Chancellor Drinkwater.

“Marsha is an extraordinary leader,” adds Erik Iverson, managing director of the Wisconsin Alumni Research Foundation (WARF). “Her partnership with WARF has been an opportunity to share open, strategic discussions with us about the needs of the university research community and how WARF’s support can best meet those needs. We thank Marsha for her many years of service and friendship in advancing UW research and wish her and her family the best as she makes this transition out of administrative life.”

A national search to fill the role of chief research officer for the university and its billion-dollar research portfolio will be initiated in the late summer or early fall, says Blank.