L&S Dean Scholz to serve as university’s next provost 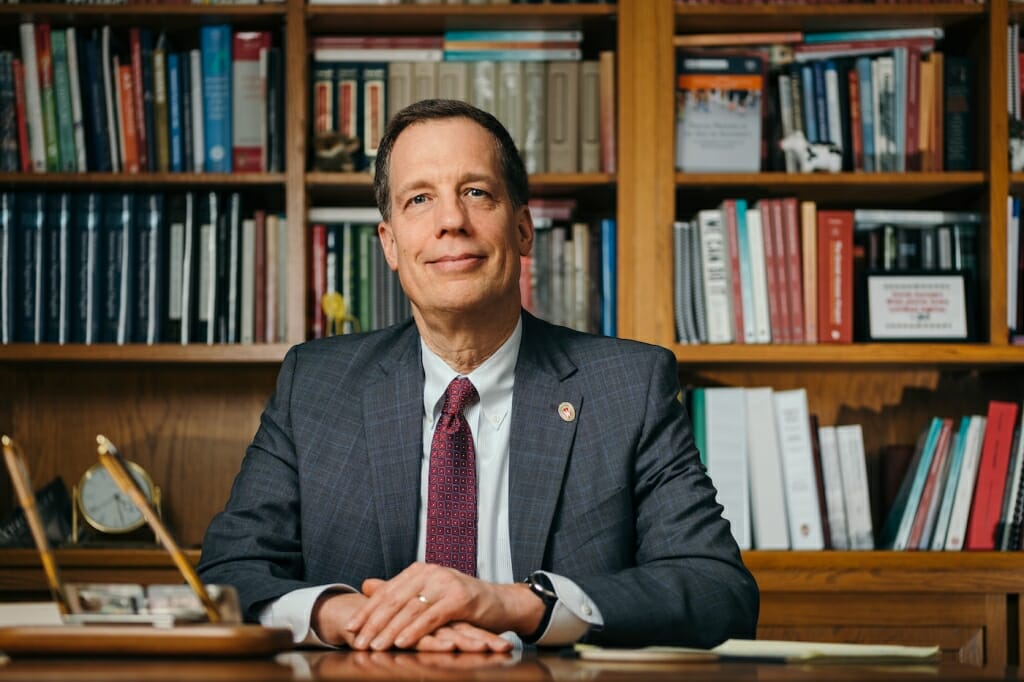 John Karl Scholz has been named provost of UW–Madison. Photo by Paulius Musteikis

Following a nationwide search, John Karl Scholz, an economist and dean of the College of Letters & Science at UW–Madison, has been chosen as the university’s next provost.

In his six years leading the university’s largest college, Scholz won praise for his leadership, innovation, and advocacy on behalf of L&S students, faculty, staff and programs.

“Karl has both a deep knowledge of our university’s strengths and the insight to understand where we can continue to grow and improve,” says Chancellor Rebecca Blank. “As L&S dean, he has demonstrated the ability to lead through challenging times, to build effective relationships across campus and to tirelessly champion the value of higher education.”

A native of Nebraska, Scholz graduated from Carleton College in Northfield, Minnesota, and earned his doctorate from Stanford University. He joined the UW–Madison Economics Department in 1988. His research interests include household savings, the earned income tax credit and low-wage labor markets, financial barriers to higher education, and bankruptcy laws. From 1990–91 he was a senior staff economist at the Council of Economic Advisors and from 1997–98 he served as deputy assistant secretary for tax analysis at the U.S. Treasury Department. He directed the Institute for Research on Poverty at UW–Madison from 2000–2004.

Scholz was named dean in 2013 and reappointed in 2018 following a successful review. The review committee cited several key accomplishments:

As provost, he will be the chief academic officer of the university and the second-ranking officer under the chancellor. The provost works closely with the deans, campus leadership and shared governance organizations to put in place the programs, organizational structure and resources that support UW–Madison’s mission of education, research and public service.

“I am grateful and honored to be chosen for this role,” Scholz says. “Every day I hear from students, faculty, staff and alumni about the life-changing impact of a UW–Madison education. As provost, I am committed to working in partnership with all our schools and colleges to support and strengthen that mission.”

Scholz will assume the role on August 5. He succeeds Sarah Mangelsdorf, who served as provost for five years and has been named president of the University of Rochester. Mangelsdorf leaves at the beginning of June, and James Henderson will serve as interim provost for two months.

“Having worked closely with Karl as provost, I can say with confidence that he is an exceptional leader who will ensure UW–Madison continues to be a world leader in education, research and outreach,” Mangelsdorf says.

Scholz resides in Madison with his wife, Melissa. They have three daughters.