‘Lift as you climb’: Celebrating the life and legacy of Jacqueline ‘Jackie’ DeWalt 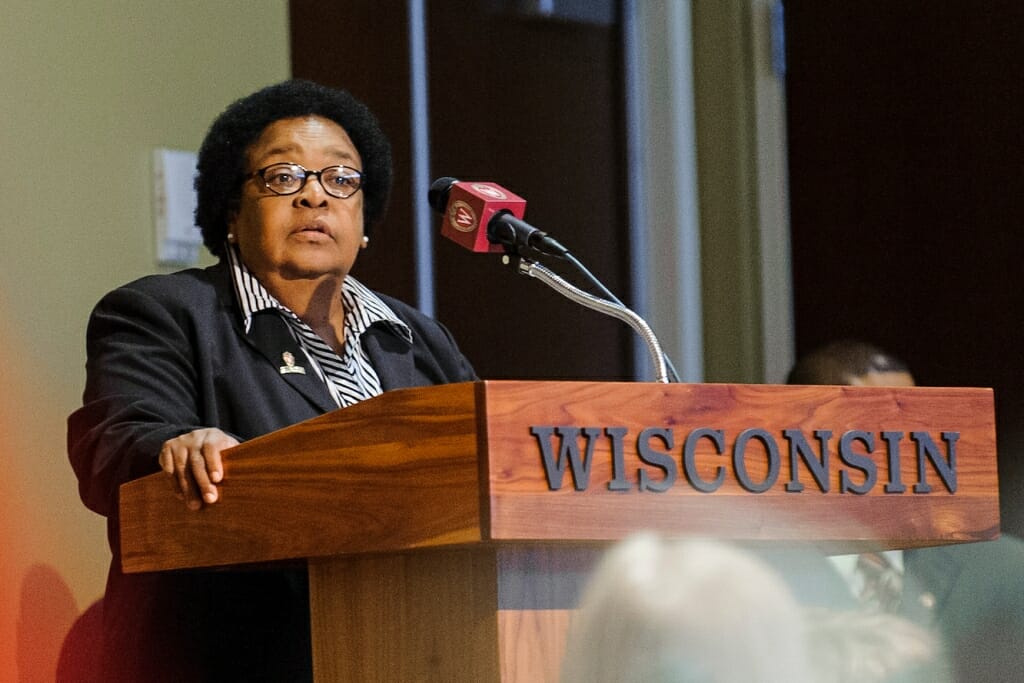 Jacqueline DeWalt speaks after accepting a Regents Diversity Award during a UW System Board of Regents meeting at Union South in 2014. Photo: Bryce Richter

Join UW–Madison students, faculty, staff, alumni and campus partners on Valentine’s Day to launch the Jacqueline “Jackie” DeWalt Scholarship Fund in honor of her more than 25-year legacy on campus, intermittently since 1969.  The scholarship drive will be launched on Wednesday, Feb. 14, in the Alumni Lounge of the Pyle Center from 10:30 a.m. to 12 p.m. Registration is open.

DeWalt led the nationally-known Precollege Enrichment Opportunity Program for Learning Excellence (PEOPLE) talent development program for 15 years as its director. She will be remembered for her dedication to preparing thousands of underrepresented students to succeed in higher education and well beyond into adulthood, as well as coining the PEOPLE tagline, “Where the Wisconsin Idea Happens.”

In 2015, DeWalt was promoted to be the university’s first director of external relations, partnership and development for the Division of Diversity, Equity and Educational Achievement. In this role, she worked closely with donors, alumni, and campus and community partners to create and strengthen support systems for student programs in the division, including her beloved PEOPLE program. She retired from university service with emeritus status in 2017, shortly before she passed away on Nov. 20.  She held each and every one of her students — and others as well — in her heart and memory.

Working with the family, the UW Foundation is raising funds to endow a scholarship that actualizes DeWalt’s desire for future generations to be equipped to lead rich and fulfilling lives, starting with successfully completing a college degree. She was a proud alumna of the Five-Year Program, one of UW–Madison’s first initiatives to enhance diversity through supporting low-income and minority students.  Her commitment to enhancing diversity in the university will live on through those she mentored reaching back to “lift as they climb” and a continuing commitment to supporting historically underrepresented and underserved students.