Lubar, a Milwaukee business executive, and his wife, Marianne S. Lubar, both ardent UW–Madison supporters, provided the $3 million endowment to create the chair. Unlike other endowed chairs, the Lubar Chair is awarded on an annual, competitive basis rather than on a long-term basis. The goal is to fuel productive research and advance excellence at the Law School. 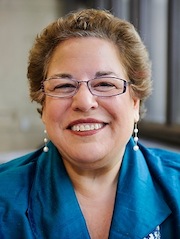 “Alta’s work lives on the cutting edge between critically important questions of science, law and technology, and she is deeply involved in conversations that are central to changes occurring in our world,” Raymond says.

Charo says she is honored to be the first Law School faculty member awarded the chair, which will allow her to focus on her research.

“This gives you the stretch of time you need to take an idea — or several ideas — and really try to bring them to fruition. I can’t put a price on that,” she says.

Charo also will use the opportunity to write a book offering unconventional takes on several areas of bioethics: abortion and the moral status of embryos, new reproductive technologies, human subjects research, organ donation and the relationship between law and biology.

“Bioethics is a field that thinks of itself as constantly creative, innovative and cutting edge,” Charo says. “At the same time, it’s deeply conservative, because over the years there have developed a series of classic stories and classic approaches to those stories.” 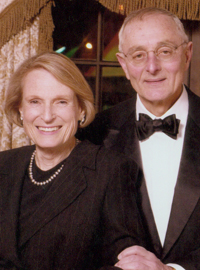 As an example, Charo says the traditional view of organ donation is built around an assumption that individuals have the right to control the disposition of their remains. She argues that people’s bodies are part of the “common heritage of humankind” and that organs belong to those still living, for their use.

“Very few people agree with me,” she says. “Why is it that we think of this as being sort of an un-discussable? A non-negotiable? I think it should be negotiated.”

Throughout her career, the Brooklyn, New York, native has often found herself at the intersection of discovery, bioethics and government policymaking.

From 2009 to 2011, she took a leave of absence to serve as a senior policy advisor on emerging technology issues for the U.S. Food and Drug Administration.

And last November, Charo was named co-chair of a study committee created by the National Academies of  Sciences, Engineering, and Medicine to develop international principles and guide U.S. policy regarding a revolutionary, fast and inexpensive way to manipulate genetic material — and possibly alter the genetic makeup of future generations.

The Lubars are excited about Charo’s work and the potential it has to stimulate new thinking about science and law.

“Bioethics is a field that thinks of itself as constantly creative, innovative and cutting edge. At the same time, it’s deeply conservative.”

“We are very proud to have the chair be awarded to Professor Charo,” says Sheldon Lubar, whose gift was part of the university’s ongoing All Ways Forward comprehesive capital campaign. “She has a huge amount to offer the university, the state and the broader community with her focus on ethics and biology.”

Because of the nature of Charo’s work, it often sparks religious debate.  That makes the research chair even more meaningful to her, she says, because of the Lubars’ involvement with UW–Madison’s Lubar Institute for the Study of the Abrahamic Religions.

“I know that they have a strong interest in these areas, and the work I do connects to that,” Charo says. “To have it funded by people who recognize the importance of trying to figure out how we integrate our spiritual lives and our public lives makes it even better.”