André E. Phillips has been named director of the Office of Admissions and Recruitment at UW–Madison.

Phillips has over 30 years of experience in the admissions field with previous appointments at the University of Chicago and the Illinois Institute of Technology. 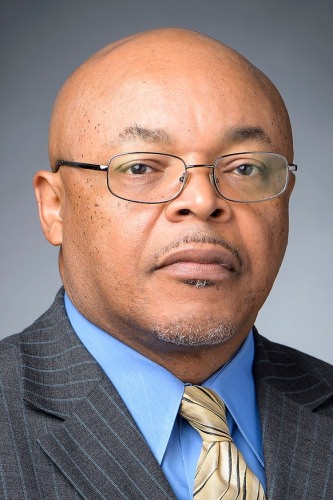 Phillips has served in the Office of Admissions and Recruitment since 2011, first as senior associate director and, since August 2016, as interim director.

“I am thrilled that André will be on board as our permanent admissions director to continue the work of building exemplary incoming classes for UW–Madison. His expertise, national network and knowledge of college admissions have benefited the campus, as has the work that he already has done to bring a fresh approach to recruitment,” says Steven M. Hahn, vice provost for enrollment management.

Phillips will oversee a budget of $4 million. He will serve as the chief designer of local, national and international recruitment strategy. The director of admissions and recruitment reports to Hahn in the Division of Enrollment Management.

“It is a distinct honor to be selected to serve as the director of the Office of Admissions and Recruitment at our world-class flagship institution,” says Phillips. “I am excited and humbled by the opportunity to lead our exceptional admissions team in building the next outstanding enrolling class of Badgers.”

Originally from Chicago, Phillips received his bachelor’s degree in social work from Loyola University Chicago. He also attended the Graduate School of Business at the University of Chicago.

Phillips succeeds Adele C. Brumfield, who left the position in 2016 to become associate vice chancellor for enrollment management at the University of California, San Diego.

The Office of Admissions and Recruitment has 57 full-time team members who recruit, evaluate and admit the freshman class each year, in addition to working collaboratively with campus partners on a variety of initiatives to attract high quality students.