In Wisconsin, 3 in 5 people with Down syndrome diagnosed with dementia by age 55

Not so many years ago, people with Down syndrome rarely survived to middle age. Many died young due to heart problems associated with the congenital condition.

Today, advances in treatment have allowed them to live longer, healthier lives. But these advances have also revealed a previously unknown characteristic of the condition: increased risk for dementia and Alzheimer’s disease, and at younger ages than people without Down syndrome. In fact, evidence from autopsies shows that, by age 40, the brains of nearly all adults with Down syndrome harbor signs of dementia.

A new study of 3,000 people in Wisconsin aged 21 and older with Down syndrome, published today in JAMA Neurology by researchers at the University of Wisconsin–Madison, shows that by age 55, three in five will be diagnosed with Alzheimer’s disease or a similar neurodegenerative condition. Meanwhile, people without Down syndrome are rarely diagnosed with dementia before age 65. 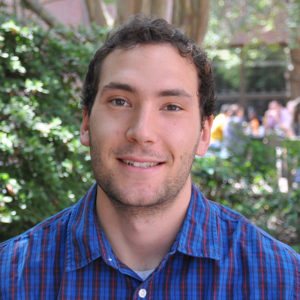 “I am a Special Olympics coach and, in the community, people are not aware of this (dementia risk). While there is a lot of support and attention for the physical health of people with Down syndrome, right now we’re not doing much for memory and cognitive function as people age,” says study lead author Eric Rubenstein, a postdoctoral researcher at the UW–Madison Waisman Center. “We hope these population-level estimates raise awareness in the population with Down syndrome. As researchers and public health professionals, the prevalence and incidence data show us areas where we need to invest resources in services, treatment and research.”

Research into Alzheimer’s disease among people with Down syndrome also provides insights into dementia among the broader population, explains senior author Lauren Bishop, Waisman Center researcher and professor in the School of Social Work. People with Down syndrome possess an extra copy of chromosome 21, which is also where the amyloid precursor protein gene can be found. The protein has been implicated in the changes to the brain associated with Alzheimer’s disease.

Prior to this study, researchers had recorded higher rates of Alzheimer’s disease in Down syndrome patients who participate in clinical studies, explains Bishop. She, Rubenstein, and UW–Madison co-author Sigan Hartley sought to better understand whether people with Down syndrome who don’t participate in clinical studies have similar rates of dementia as those who do.

Tips for diagnosing Alzheimer’s in people with Down syndrome

Since virtually all people born with Down syndrome are enrolled in Medicaid, the researchers turned to claims data provided by the Wisconsin Department of Health Services, spanning from Jan. 1, 2008, to Dec. 31, 2018. This allowed them to capture all people in the state and look for diagnoses with dementia in people younger than 40, between ages 40 and 54, and 55 and older. 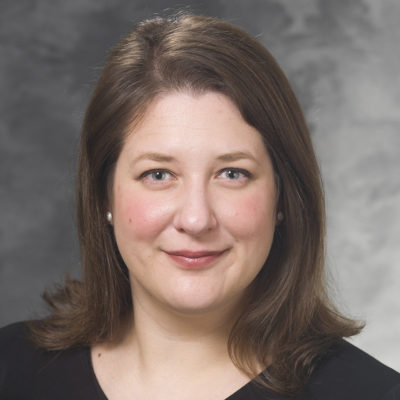 “People on Medicaid represent a more diverse population than those in studies conducted in research clinics, since only certain people can come into a research clinic,” Bishop explains. Based on previous studies, including from UW–Madison nursing professors Amy Kind and Andrea Gilmore-Bykovskyi, she says, “we have reason to believe dementia might work differently in people from lower socioeconomic status and among racially diverse populations. Disparities lead to higher rates of dementia.”

And, Rubenstein adds, people experiencing memory challenges are also more likely to visit a clinic than those who are not. However, the study showed that clinical populations of people with Down syndrome and the broader population represented in the Medicaid data do indeed experience similar incidence and prevalence of dementia. The researchers expect data from other states might yield similar results.

“We found (among claims data) that if you started without dementia, as time goes on, your likelihood of diagnosis increases every year,” Bishop says. “Your probability of having any dementia is 61 percent at age 55.”

Rubenstein adds: “Having a number is so important when conveying the importance to policymakers. We can tell them that by age 55, three in five people with Down syndrome have dementia. It’s clear and actionable.”

The information could also help families better plan for their loved ones by, for instance, enrolling them early in memory care centers, and it could help communities better support people with Down syndrome.

“Whether it’s through case managers or group homes or some living assistance or job coaches,” says Bishop, “as a society we need to support vulnerable people. This is especially important for people with Down syndrome throughout their life-course.”

The study was funded by the National Institute of Child Health and Human Development, the National Center for Advancing Translational Sciences and the Agency for Health Care Research and Quality.