Samantha Bullard grew up thinking UW–Madison was beyond her reach. Money was tight in her family; she’d need to pay for college herself.

After high school, she stayed in her hometown of Rhinelander, Wisconsin, enrolling at Nicolet Area Technical College. 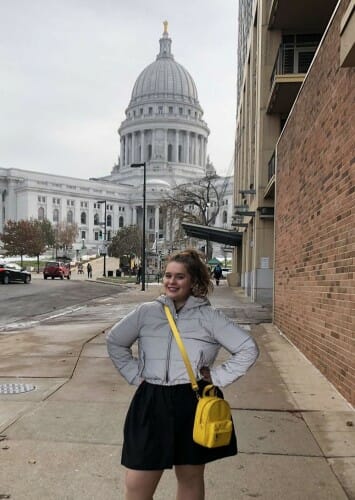 It was a wonderful experience — “They really whipped me into shape academically,” she says. She completed a two-year associates degree, then applied to UW–Madison. After being accepted, she learned her tuition would be fully covered by Bucky’s Tuition Promise.

“There were tears in my eyes,” says Bullard, a first-generation college student who often worked 35 hours a week while carrying a full course load at Nicolet. “Everything with college I’ve done by myself, which I’m proud of, but it’s been difficult.”

Bullard is one of 961 UW­­–­Madison students new to campus this fall benefiting from Bucky’s Tuition Promise, now in its fourth year.

The initiative is one of the most powerful ways UW–Madison helps Wisconsin resident students from lower- to moderate-income families afford the state’s flagship university.

Bucky’s Tuition Promise is funded through private gifts and other institutional resources. No taxpayer dollars are used.

‘That made it a must’ 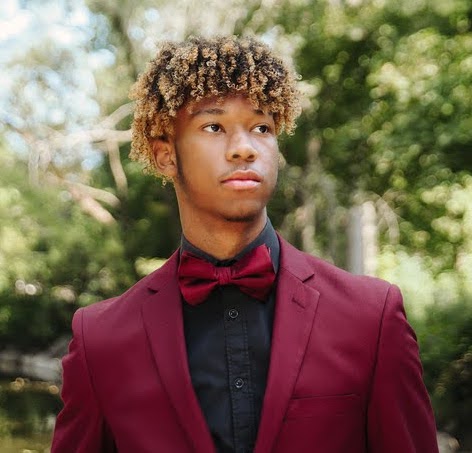 At Marquette University High School, Jonah Dixon excelled at football, basketball and track and co-founded a student diversity board to elevate the voices of students of color. He worked hard, and when the college acceptance letters started coming, it showed — 22 in all, including one from the University of Wisconsin–Madison.

The Milwaukee teen faced a tough decision. Then UW–Madison made it easier. He’d receive free tuition all four years through Bucky’s Tuition Promise.

Dixon plans on majoring in kinesiology and hopes to become a physical therapist.

“UW–Madison was always my dream school, but if I’m being honest, I didn’t think I’d be able to afford it,” he says. “Bucky’s Tuition Promise made it happen.”

There are now almost 3,500 students on campus receiving free tuition through Bucky’s Tuition Promise. The first full class of recipients will graduate this coming spring.

“We never want money to be the reason our state’s outstanding students go somewhere else or don’t even apply to UW–Madison.” says Derek Kindle, vice provost for enrollment management. “Our promise to these high-achieving students is that if they do the hard work to get accepted here, we’ll find a way to make the numbers work.”

Qualifying for Bucky’s Tuition Promise is straightforward and simple. It is based solely on one line from a family’s federal tax return, and it is awarded automatically to eligible Wisconsin resident students who have completed the Free Application for Federal Student Aid (FAFSA). There is no separate application; the Office of Student Financial Aid simply notifies students of the award. 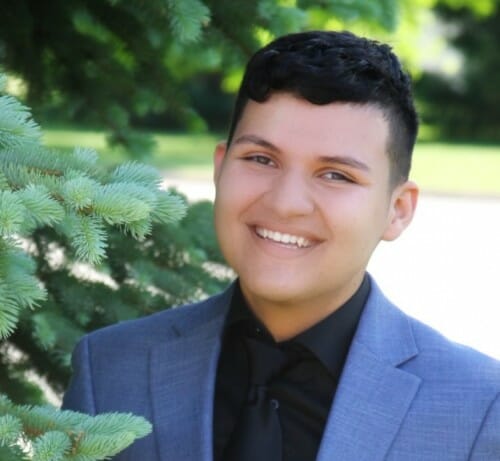 “When I saw the email, I started screaming to my mom, ‘I got it! I got it!’” says Jaime Alvarez, a freshman from Green Bay. “I was jumping up and down.”

A first-generation college student, Alvarez says earning a college degree would be a wonderful way to thank his parents, who immigrated to the U.S., for the work ethic they instilled in him.

“Neither of them finished high school because they had to get jobs,” he says. “They never had this opportunity, so they’ve always encouraged me to work hard.” 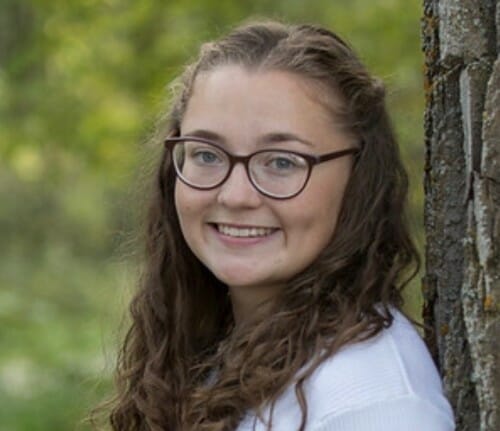 Olivia Wahl, a National Merit Scholarship finalist from Hobart, says Bucky’s Tuition Promise played a key role in her decision to attend UW–Madison. She hopes to be a doctor one day.

“It’s exciting to get to go to one of the best schools in the country without even having to worry about tuition,” she says.

Of this year’s 961 Bucky’s Tuition Promise students, 781 are freshmen and 180 are transfer students. They make up 21 percent of the total 4,496 freshmen and new undergraduate transfer students from Wisconsin enrolled this fall. Put another way, Bucky’s Tuition Promise is providing free tuition to one in five of UW–Madison’s new undergraduates from Wisconsin this year. 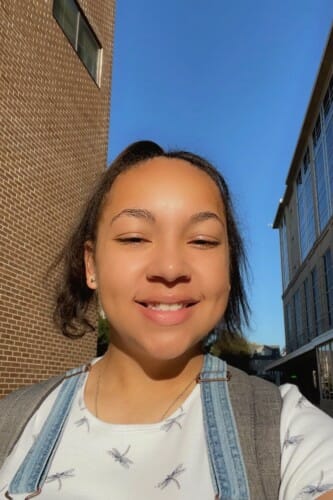 “It was a huge game-changer for me,” says freshman Nyah Matthews, of Chippewa Falls, the president of her high school senior class and the fifth oldest of 12 siblings. “I thought I would have to take out a lot of student loans. This eased my mind.”

Bullard, the transfer student from Rhinelander, is majoring in nonprofit and community leadership. Before being notified about Bucky’s Tuition Promise, she thought she would need to work 40-hour weeks to pay for tuition. She is still working part time for living expenses, but her focus has changed.

“With Bucky’s Tuition Promise, I realize I have a chance to be a student now, and that’s especially important as a first-generation student,” she says.

She’s already thinking about how she’ll pay it forward once she graduates.

“All of the help I’m getting from UW is almost overwhelming,” she says. “I feel so lucky — almost guilty — about getting this, and I just want to say thank you to anyone who has had any part of making this happen. After I get my bachelor’s degree, I really hope I can start helping other people. That’s why I want this education.”