A strange visitor, either asteroid or comet, zipping through our solar system at a high rate of speed is giving astronomers a once-in-a-generation opportunity to examine up close an object from somewhere else in our galaxy.

Images of an interloper from beyond the solar system — an asteroid or a comet — were captured on Oct. 27 by the 3.5-meter WIYN Telescope on Kitt Peak, Ariz. WIYN Observatory/Ralf Kotulla

“It’s a really rare object,” explains Ralf Kotulla, a University of Wisconsin–Madison astronomer who, with colleagues from UCLA and the National Optical Astronomy Observatory (NOAO), used the 3.5 meter WIYN Telescope on Kitt Peak, Arizona, to take some of the first pictures of the solar system interloper.

The object, known to astronomers as 1I/2017 U1, measures 180 meters by 30 meters. In shape, the object resembles a fat cigar, half a city block long, and was first discovered Oct. 19 by astronomers at the University of Hawaii combing the sky for near-Earth objects. Since then, astronomers who have access to telescope time have been zooming in on the object to see what they might learn.

According to Kotulla, the interloper is speeding through the solar system at an astonishing 40,000 miles per hour. The high rate of speed and the orbit of the object could not be explained in the context of more run-of-the-mill comets or asteroids in our solar system.

This animation shows the path of the asteroid — or perhaps a comet — as it passed through our inner solar system in September and October 2017. From analysis of its motion, scientists calculate that it probably originated from outside of our solar system. NASA/JPL-Caltech

1I/2017 U1 dropped into our solar system from “above” the ecliptic, the plane where most planets and asteroids orbit the sun, and is now skipping away from the solar system, headed back to interstellar space.

“This object has considerable speed. It is not bound to the sun” like comets or asteroids native to our solar system, Kotulla explains. “Its orbit doesn’t take it anywhere near the major planets.”

The WIYN Telescope made its observations of 1I/2017 U1 on Oct. 27 shortly after the object’s closest pass to Earth. The WIYN team’s findings are reported online this week (Nov. 13, 2017) in a preprint on Astro-Ph. The gist of the report is that 1I/2017 U1 — aside from its origin beyond the solar system, its unusual orbit and shape, and high rate of speed — is unremarkable when its physical properties are compared to similar objects from our own solar system. 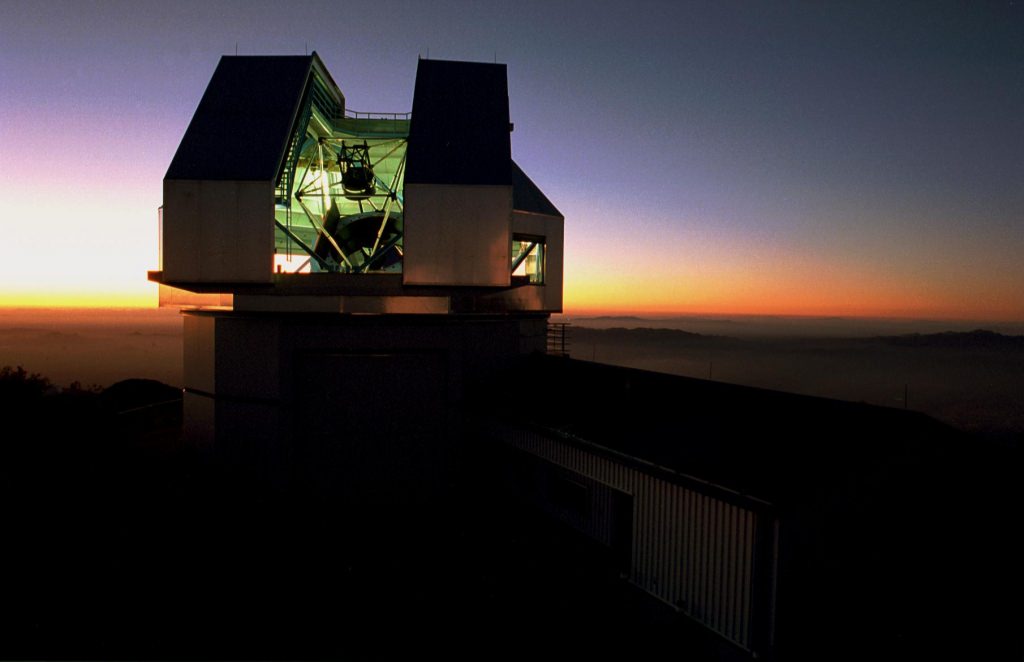 The WIYN telescope building against a sunset sky, with interior light on the telescope. Mark Hanna/NOAO/AURA/NSF

Because it is so small and moving at such a high rate of speed, the object, even to a relatively large telescope like WIYN, appears faint, a fuzzy spot on a background of stars. The combination of being faint and fast means that 1I/2017 U1 is unlikely to be observed by amateur astronomers, the cadre of sky watchers that typically identifies new comets or asteroids sweeping close to Earth.

From the WIYN observations, no coma — a nebulous envelope of dust and gas created when comets heat up as they pass near the sun — is apparent. The WIYN team also failed to see a tail, the signature feature of a comet. 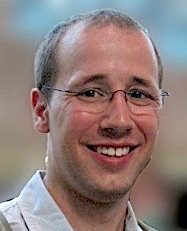 But the absence of the fuzzy halo and a detectable tail, notes Kotulla, does not mean that it isn’t a comet.

“That’s one of the questions we’re trying to answer,” says the Wisconsin astronomer. “Comet or asteroid?”

The WIYN observations revealed that the object is elongated in shape and rotates on an axis about once every eight hours. From the perspective of Earth, the object is seen sideways and, as it spins on its axis, end-on, explaining variations in brightness as sunlight is reflected off the comet or asteroid. It also has a reddish tinge and a low albedo, suggesting 1I/2017 U1 lacks the coating of ice that many comets acquire as they spend most of their time in cold storage in the outer reaches of the solar system.

The upshot of the WIYN observations, says Kotulla, is that the visitor from some distant planetary system, beyond its robusto-cigar shape, looks very much like the objects that populate our own solar system.

Did you ever wonder how NASA spots asteroids that maybe getting too close to Earth for comfort? Watch and learn.