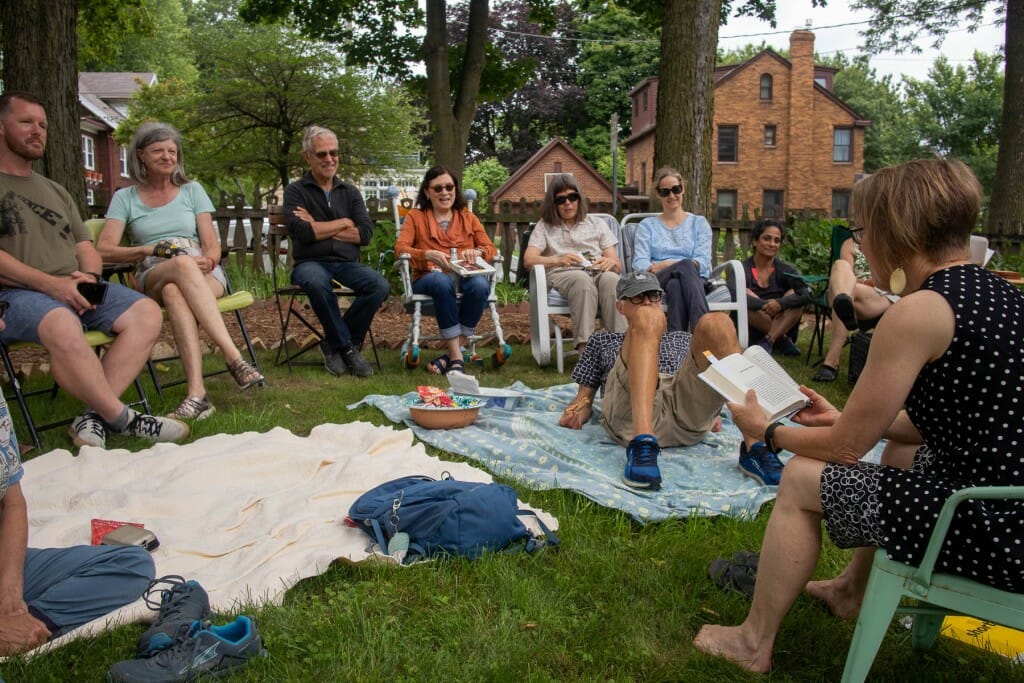 A Home Stretch activity titled “Lunch and a Story for Grown Ups.”

In spring, it was clear to UW–Madison art professors and artists Laurie Beth Clark and Michael Peterson that come summer, life still wouldn’t be back to “normal.”

Clark and Peterson co-founded Spatula&Barcode in 2008, a collaboration that weaves together artists, food, and community. Prior to the pandemic, the projects took place in Madison, as well as international locations in Canada, Australia, and Morocco. 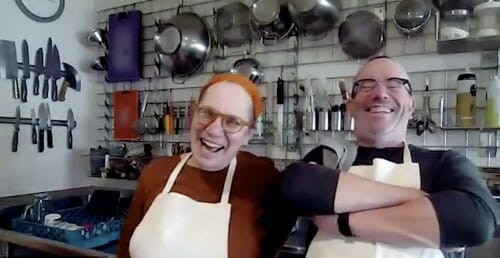 With the pandemic abating but not entirely over this summer, they had to find a creative way to bring this art to people.

So they came up with a project called Home Stretch, where people sign up to go to artist’s personal performances. The model reflects on the importance of human connection at this time.

“It was that kind of feeling that people had to relearn how to be together or reinvent how to be together,” Peterson said. “We wanted to invite artists to make experiences for the public that would be about… the pleasure of being together.”

Clark and Peterson had previously done a project called Café Allongé, which was a project of small one-to-one performances that took place in coffee shops throughout Madison.

Based on that, Clark and Peterson developed Home Stretch.

“We first talked to some people we considered good advisors [and] everyone was super enthusiastic about the idea,” Peterson said, “we sent out about 50 invitations to different artists we knew… and then we asked those people to recommend people, and that’s how the list got built.”

Home Stretch runs from the summer solstice to the fall equinox and features interactive art experiences and performances from local artists. “And this is our favorite thing… talking to artists about what they’re making and helping them figure out how to make it in different contexts,” Peterson said. “It’s been so rewarding.”

The performances are hosted in different spaces throughout Madison and cover a wide range of activities and genres. “Maybe a third are at the homes of artists, another third are in public spaces or park spaces, and some of them are taking place [in other locations like] on the lake or at different coffee shops,” Clark said.

While some of the experiences include artists hosting performances on their front porch, others are more elaborate.

“There is a project called Floodplain (by Bethany Alwa and Marina Kelly) that’s specific to the participants,” Peterson said, “(Alwa and Kelly) go to your neighborhood and make a plan for experiential, surreal, site-specific dance performance that’s designed around your neighborhood.”

As for projects after Home Stretch, both Peterson and Clark hope to bring people together. “I think likely we would do something like a festival, but with small performances again,” Clark said, “we often do work where we gather up a group of people and get them to take other people on an experience… (and) to meet other people they don’t know and do something they wouldn’t have done otherwise.” 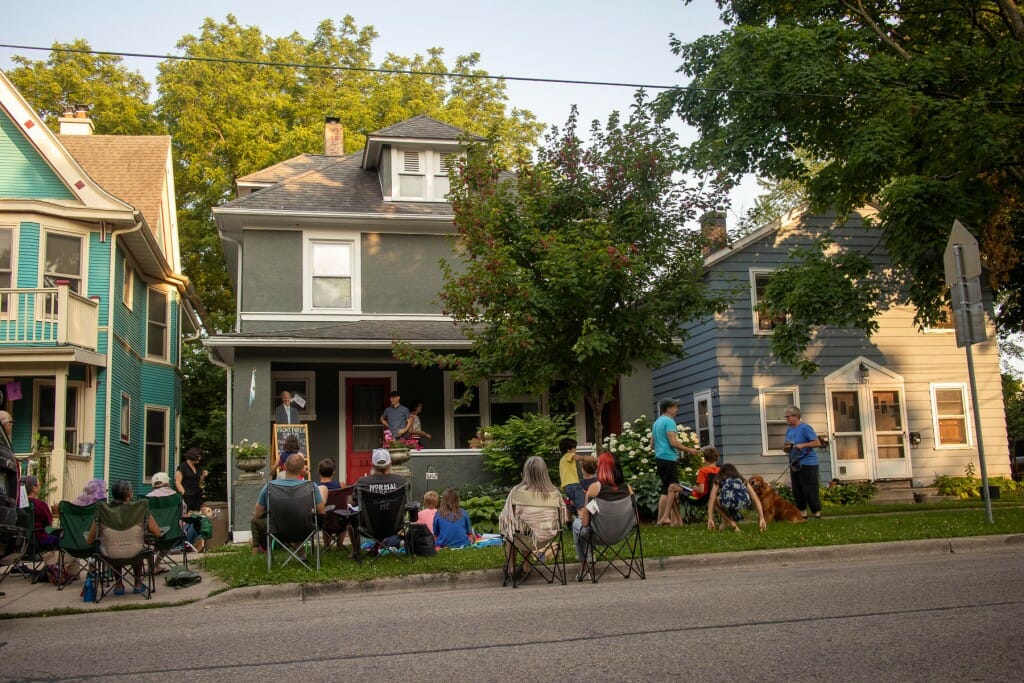 Peterson and Clark also spoke about the significance of ‘Home Stretch’ as a name, and how it relates to the pandemic:

“Home Stretch is about the image of stretching the home… and that your home gets a little more expansive,” Peterson said, “When we began planning, we were really adamant with the artists about… having a plan for what the Covid protocols are and communicating those really carefully. We think that an important ethic in art-making is a kind of transparency and communication with the public.”

“I think it’s been an important lesson as an artist to learn that what is enough can really vary,” Peterson said, “we both would like for lots of people to have great experiences but we also need to say one-to-one connection between folks is enough right now… as long as people are connecting and being interested in it.”

Clark added, “I want the artists to have good experiences… and I think that I want to come through this with an understanding of how we’re going to be in the world for the next little bit.”