Photo gallery History on the Hill

Fresh off the first presidential debate of the campaign season, President Barack Obama made a stop in Madison on Oct. 4, speaking to an estimated crowd of 30,000 that packed the university’s Bascom Hill. His opening words? “Hello, Madison! Go, Badgers!”

The event marked the third visit to the UW campus by a sitting president: previously, President Obama spoke on Library Mall on Sept. 28, 2010, and President Harry Truman visited the university way back in May 1950. Obama also came to town in 2008, appearing at the Kohl Center while running for his first term in the White House.

The campus’s iconic hill was abuzz starting earlier in the week, as campaign and university officials worked out logistics for spectators hoping to catch a glimpse of the president. 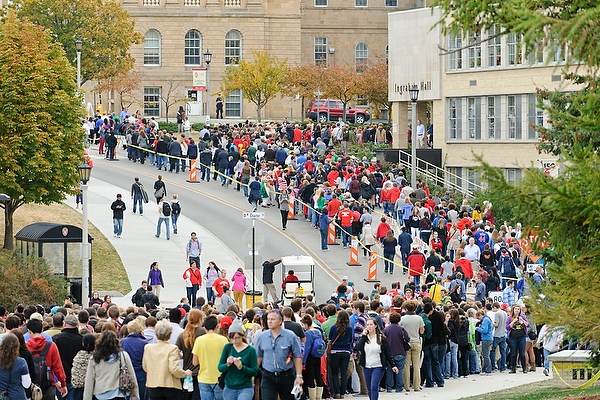 1 Lines for the main entry gate to Bascom Hill began forming in the early morning hours and eventually wound along Observatory Drive to the far west side of campus. Photo by: Bryce Richter 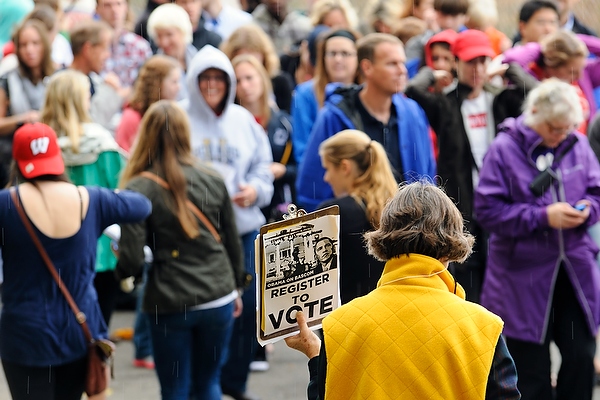 2 Volunteers -- clipboards in hand -- walked along the crowd on Observatory Drive, urging people to register to vote as they waited for the event to start. Photo by: Bryce Richter 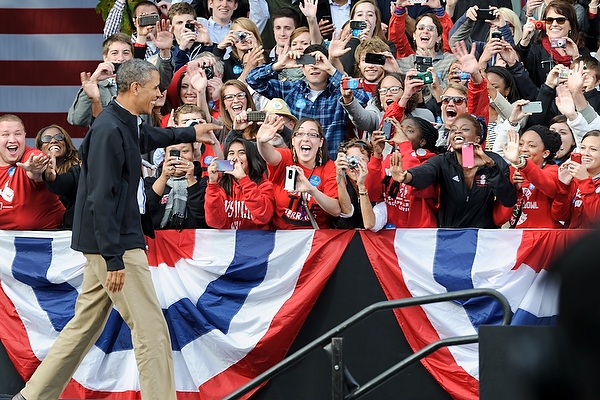 3 Excited UW-Madison students welcome the president to the stage -- and to their university. For some, it was their first time seeing a sitting president in person. Photo by: Jeff Miller 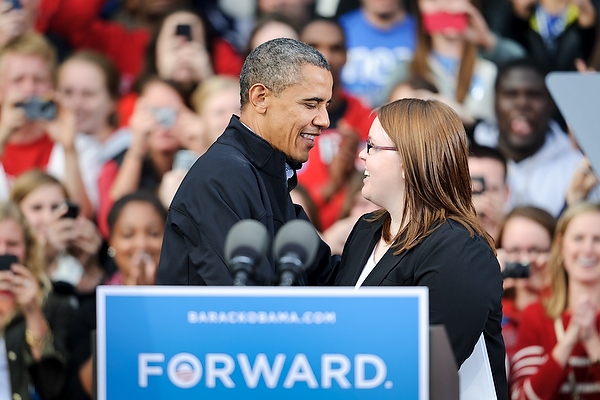 4 Undoubtedly a moment she will never forget, Katherine “Katie” Iliff, a UW senior and Wisconsin native, introduces the president as the crowd awaits his speech. Photo by: Jeff Miller 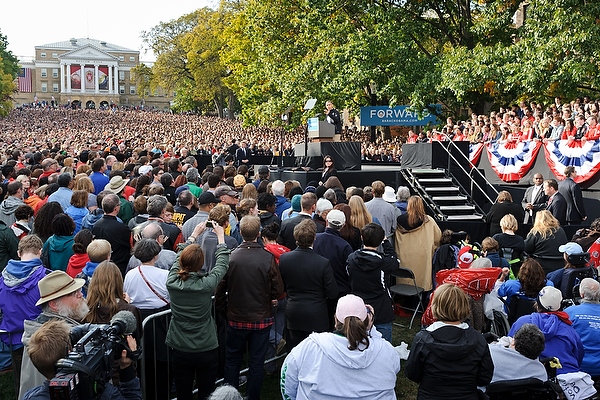 5 Standing shoulder-to-shoulder -- starting at Bascom Hall and flowing downward -- a sea of spectators filled Bascom Hill and listened to President Barack Obama during his stop in Madison. Photo by: Jeff Miller 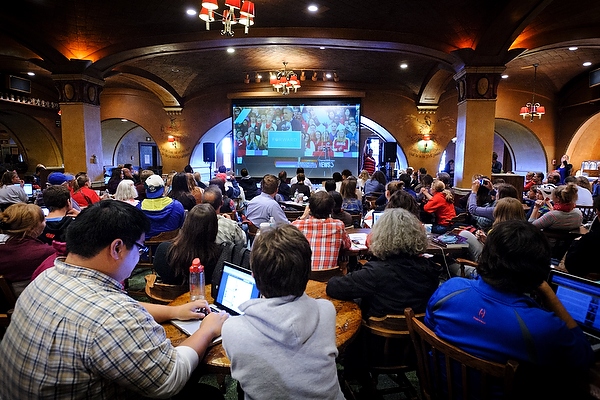 6 The Memorial Union Rathskeller was one of several campus locations to offer a comfortable place for people to watch a live feed of the president’s speech when the event venue, Bascom Hill, filled to capacity. Photo by: Bryce Richter