Four members of the University of Wisconsin–Madison faculty will be recognized for their distinguished contributions to teaching, research and service on Monday, April 3.

This year’s winners of the Hilldale Award, an honor bestowed annually by the Secretary of the Faculty, are Henry Drewal, Kenneth Raffa, John Valley and David Weimer.

Department chairs nominate one tenured faculty member in each of four areas every year: Arts and Humanities, Social Sciences, Physical Sciences and Biological Sciences. Honorees receive recognition at a spring Faculty Senate meeting and a $7,500 cash prize. The awards have been given annually since 1987. 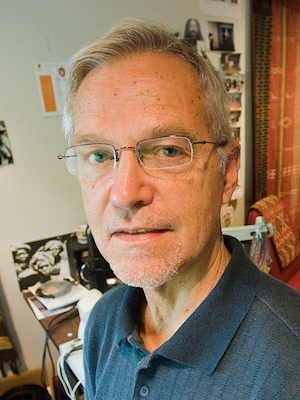 Henry Drewal, a “distinguished scholar,” is “committed to reaching beyond the academy to general audiences in order to shape public discourse about the artistic contributions of African peoples globally,” wrote art history Professor and Chair Gene Phillips in Drewal’s nomination letter. “He continues to make scholarly contributions to UW–Madison, the nation and the world.”

An award-winning writer and documentarian, Drewal is also a “gifted and dedicated teacher,” Phillips says. He teaches several undergraduate and graduate courses and is currently helping create a curriculum at UW–Madison focused on the arts, cultures, and histories of Africa and its diasporas, gathering more than 20 faculty colleagues from multiple arts and humanities departments and recruiting committed students. He specializes in an approach he calls sensiotics, the study of how the senses impact people’s understanding of arts, cultures and histories.

In addition to donating more than 1,000 volumes, 112 serials and six films to the Kohler Art Library, Drewal has contributed 900 images to UW Digital Collections, donated several works to the Chazen Museum of Art and textiles to the Helen Louise Allen Textile Collection, and contributed more than 50,000 slides and negatives to the Smithsonian Institution National Museum of African Art.

Drewal has won a multitude of achievement awards, including three senior Fulbrights, a Guggenheim and a senior fellowship at the Institute for Research in the Humanities. He has also volunteered his time to serve as an adjunct curator of African art at the Chazen, bringing four major African and African diaspora art exhibitions to the museum and helping oversee the first permanent African art.

“Henry Drewal is truly an exceptional scholar, teacher and citizen who is considered one of the top two or three specialists in African and African diaspora arts in the world,” Phillips says. 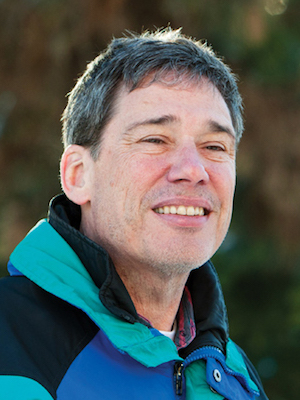 Kenneth Raffa is “the preeminent forest entomologist in the world today,” says Susan Paskewitz, entomology professor and chair, who authored his nomination letter. “Bark beetles kill more trees than all other insects and diseases combined, and nobody has made a greater contribution to our understanding of these interactions than Dr. Raffa, both through his own research and that of his students.”

Raffa studies how insects and trees compete, like predator and prey, which involves chemical ecology, microbial symbiosis, natural resource conservation and management, and integrated pest management. He also examines how outbreaks interact with fire and a changing climate.

Collectively, his more than 250 peer-reviewed papers have been cited more than 9,000 times; 21 have been cited more than 100 times and one, from 2008, has been cited nearly 900 times. He teaches three popular courses and throughout his career, Raffa has graduated 37 Ph.D. and master’s degree students. He is also highly engaged in outreach, serving on the Wisconsin Invasive Species Council to protect endangered pollinators, and he frequently works with local and national media outlets to communicate with the public.

“Among his most brilliant recent contributions are his analyses of the relationship between outbreaks of mountain pine beetle and climate change, and the effect of climate on the interaction of mountain pine beetle with co-evolved and naïve host trees,” says Paskewitz. “His work arrives at truly integrated systems-biology knowledge of forest health.” 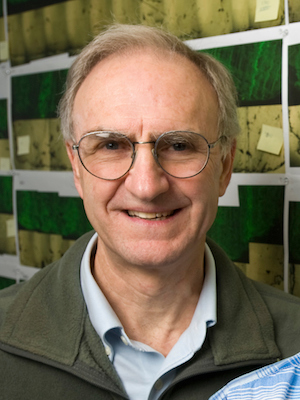 In one of the first applications of a new technology called atom probe tomography, John Valley in 2014 confirmed that a tiny crystal of the mineral zircon, found in a rock outcrop in Australia, was the oldest chunk of Earth ever identified. Formed 4.4 billion years ago, it has altered scientists’ conception of the conditions on early Earth and how long ago life may have started on the blue planet.

“John’s been a pioneer in developing the use of these technologies, advancing the field of isotope geochemistry to measure the chemistry of rocks, providing fingerprints for the very specific conditions in which they formed,” says Harold Tobin, geoscience professor and department chair. “These techniques are so fundamental and revolutionary, they are being used for identifying all kinds of historical records on Earth left behind in its rocks.”

For example, the stable isotope analysis technology has contributed to studies of climate change on Earth over the past 10,000 years and to the analysis of minerals secreted by plankton in the world’s oceans. “From Earth’s crust to Earth’s climate, John’s been in the thick of making advances,” Tobin says.

In 2005, Valley established the WiscSIMS Lab to develop and refine the technology, and in 2007 it became a National Science Foundation facility, aiding 250 researchers and students from around the world to date in conducting their research. He also has more than 21,000 Google Scholar citations, a research ranking among the top 1-to-2 percent of UW faculty, and has received consistently high praise as a teacher each year since 1983.

Valley has earned many national and international honors and has also spent the last 15 years leading and editing the geoscience department’s long-running alumni magazine, The Outcrop, which reaches more than 3,500 alumni each year. 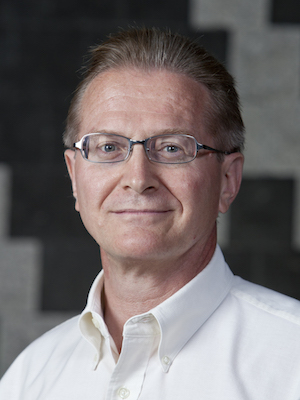 David Weimer’s colleagues call him a “first-rate scholar,” a “creative teacher” and a “valued citizen on campus.” Not only that, in their nomination letter, La Follette School of Public Affairs Director Donald Moynihan and David Canon, chair of political science, say Weimer “has been and continues to be enormously productive and influential.”

Indeed, Weimer has been cited more than 8,400 times on Google Scholar and has published a vast number of books, chapters, articles and book reviews. He teaches classes in statistics, policy and cost-benefit analysis, and routinely advises students and colleagues on their research. In 2006, Weimer was elected president of the Association for Public Policy Analysis and Management, one of the highest achievements a public policy scholar can earn, and he’s brought in more than $4 million in external grant funding since arriving at UW–Madison in 2000.

Weimer’s central field of research is cost-benefit analysis, and he’s contributed his expertise to a wide range of domains, from health care to social policy and early childhood interventions. Moynihan calls him a “giant” in his field.

“Almost anyone who has received a professional degree in public policy or administration in recent decades has been influenced by how he has conceptualized policy analysis and cost-benefit analysis,” says Moynihan. “Generations of public servants around the globe see the world differently because of his work. And multiple organizations in Wisconsin and elsewhere have benefited directly from Dave and his students providing pro-bono in-depth analyses of the costs and benefits of public policies.”