Here is how a cat can hinder children learning new words

Say you are shown an apple, a banana and a fruit you have never seen before. Then you are asked to pick the “pifo.” Which fruit would you choose?

That’s what researchers thought, too, but a new study directed by University of Wisconsin–Madison psychology professor Jenny Saffran is the first to show that familiar objects can sometimes be a “double-edged sword” — both helping children learn new words and hindering them. 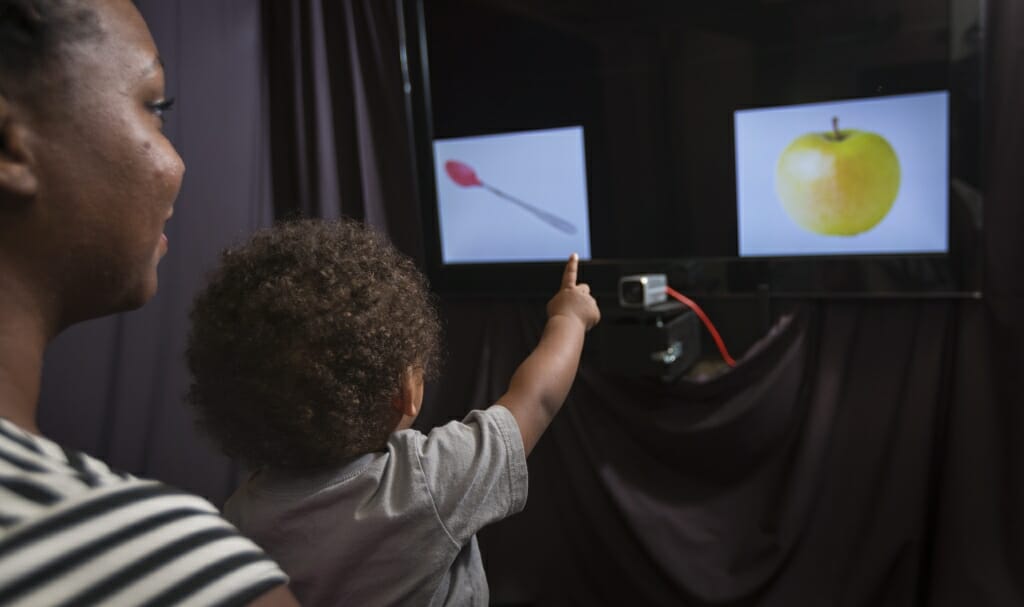 A new study found that familiar objects more interesting to children distracted them from focusing on novel objects and reduced their ability to learn new words associated with those objects. Photo: Andy Manis

Published recently in the journal Child Development, the study found that familiar objects that are more interesting to children — brightly colored ones, or animals or food, for example — distracted them from focusing on novel objects and reduced their ability to learn new words associated with those objects.

This surprised Pomper and Saffran, who were working with children from just older than 3 years to almost 4 — from 38 months to 45 months, to be exact. The Infant Learning Lab studies development among children 6 months to 6 years of age.

“Although they might make it look easy, children are working very hard to learn new words,” says Pomper. “This study shows that not all word-learning opportunities are equal. If a cat walks in, for example, it may not be the best time for a child to be learning new words.” 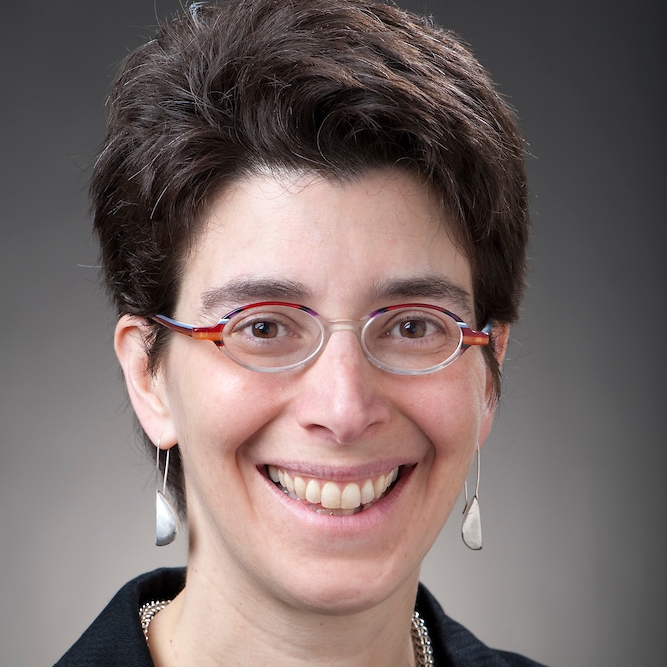 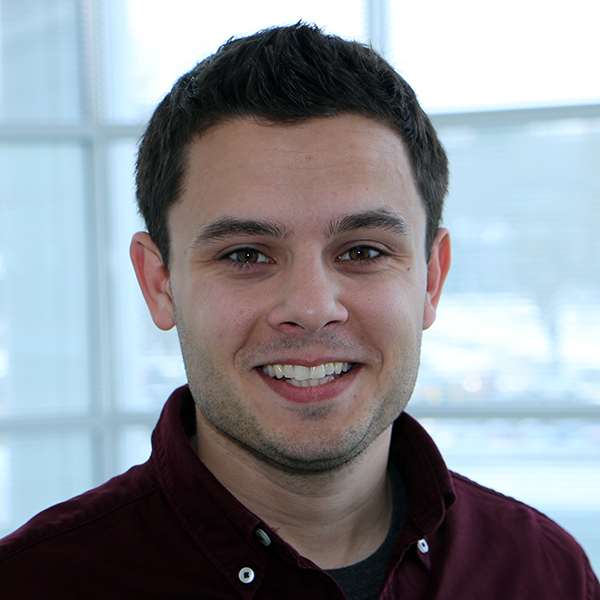 To further explore whether interesting familiar objects distract children from novel objects, the researchers showed children a pair of images: one of a familiar object, like a cat or a box, and one of a novel object. While the children were looking at the images, they heard a sentence that contained a new word, like, “Find the pifo” or “Where’s the tever?”

When the familiar object was more interesting, the children also took longer to shift their gaze to the novel object after hearing the sentence containing new words, like “pifo” or “tever.”

To find out if having more interesting familiar objects hindered children’s ability to connect new words with novel objects, the researchers did a second test in which they showed the children the novel object from the first test (those labeled as a “pifo” or a “tever”) but added a second novel object. Then they asked the children to find the “pifo” or “tever” again. 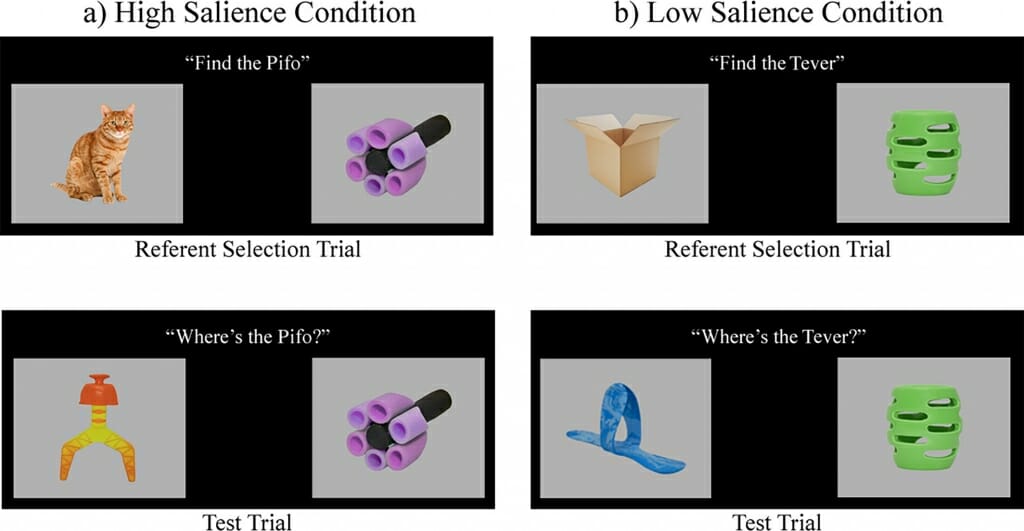 In “Referent Selection Trials,” children are shown one familiar and one novel object, while in “Test trials” they are shown two novel objects and tested on whether they remember the novel object and new word they encountered earlier.

If the familiar object in the first set of tests was more interesting, it was basically a coin toss whether the children were able to correctly identify the “pifo” or “tever” in the second test. But if the familiar object was less interesting — such as a box or a piece of furniture — children connected the new word to the correct novel object significantly better than random chance would predict.

“Most words that children know are things that they are really interested in,” says Pomper. “Interesting objects may often be really distracting in natural settings and not actually help children learn new words.”

In future research, Pomper and Saffran plan to re-create different aspects of children’s natural settings — with objects that move or make sounds, for example — to better understand how the environment can influence children’s ability to acquire new words and language.