It was long believed the FMR1 premutation — an excessive number of trinucleotide repeats in the FMR1 gene — had no direct effect on the people who carry it. Until recently, the only recognized effect on the carriers of the flawed gene was the risk of having offspring with fragile X syndrome, a rare but serious form of developmental disability.

In recent years, however, at least two clinical conditions have been well documented in the carriers themselves: an age-dependent neurodegenerative disorder and, in female carriers, early menopause.

Now, a team of researchers from the University of Wisconsin–Madison and Marshfield Clinic has found that there may be a much broader health risk to carriers, with potentially dozens of clinical conditions that can be ascribed directly to carrying the premutation. The researchers employed machine learning, a form of artificial intelligence, to mine decades of electronic health records of nearly 20,000 individuals. 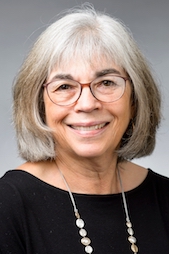 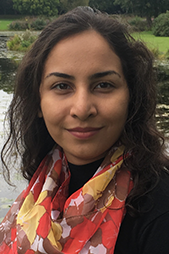 In a study published Aug. 21 in Science Advances, a team led by Marsha Mailick, a researcher and professor at UW–Madison’s Waisman Center, and UW–Madison graduate student Arezoo Movaghar provide a better understanding of the previously disputed relationship between this well-known genetic premutation and a wide range of clinical conditions. At the same time, the interdisciplinary study richly illustrates the power of data-driven discovery.

In the study, carriers were found to experience a much higher prevalence and severity of such conditions as depression, anxiety, mood disorders, sleep apnea, respiratory and stomach problems, bone fractures, incontinence, and a host of other conditions.

“Our extensive phenotyping shows that premutation carriers experience a clinical profile that is significantly different from controls, and that is evident throughout adulthood,” the study’s authors write.

“The research was especially challenging as not all carriers are affected and the specific conditions each may experience varies,” explains Mailick. “Yet the overall pattern revealed in the electronic health record was striking.”

The findings have important implications for the estimated 1 million people in the United States and many more in the rest of the world who carry premutations of the FMR1 gene. People are generally unaware they carry the altered gene unless a family member is found to have fragile X syndrome, which is rare.

The new study depended on the electronic health records of 19,996 adults collected over 40 years from Marshfield Clinic, a health system in central Wisconsin that was among the first in the nation to adopt electronic record keeping. In addition to their extensive, searchable medical histories, study subjects also contributed their DNA through the clinic’s Personalized Medicine Research Project, enabling the study’s authors to identify 98 patients who carry the FMR1 premutation.

“This is a controversy,” says Mailick. “There wasn’t unbiased data available before this study to inform the controversy. This study does so in a powerful way. The data validate the clinical experience.”

A primary goal of the new study, according to Mailick, was to use electronic health records to set up a double-blind methodology — where both clinicians and patients were blind to genotype — to assess whether premutation carriers differed in their patterns of clinical diagnoses from those lacking the premutation.

The question is an important one as some clinical reports have suggested that premutation carriers were at greater risk for a wide range of health conditions, including autoimmune diseases, migraines, neuropathy, depression, infertility, fibromyalgia, anxiety and cognitive deficits, all with varying frequencies and emerging at different stages of life.

Such correlations, notes Mailick, are the stuff of biomedical controversy as nearly all of the studies associating those conditions with the premutation were the result of a family member being diagnosed with fragile X. Following diagnosis of fragile X, family members are offered genetic testing leading to the identification of relatives who carry the premutation. Awareness of that genetic status by patients and clinicians can confound prevalence estimates of symptoms. Frequently, carriers’ medical conditions are blamed on the stress of care giving and having a family member with fragile X syndrome.

“This is a controversy,” says Mailick, who has spent a career studying the life course trajectories of people with developmental disabilities as well as their families through UW–Madison’s Waisman Center. “There wasn’t unbiased data available before this study to inform the controversy. This study does so in a powerful way. The data validate the clinical experience.”

For men, clinical diagnoses commonly found in health records of FMR1 carriers include depression, diseases of the respiratory system, and urinary incontinence, as well as half a dozen other afflictions.

Movaghar and Mailick say some of the conditions associated with FMR1 carriers have long been suspected, but the number and range of health effects they found was a surprise: “We see conditions nobody ever associated with the premutation,” Movaghar says.

To be included in the study data, subjects had to experience the diagnosis in at least two separate visits, helping weed out misdiagnoses or recording errors.

The approach used in this study, the Wisconsin researchers say, could also be applied to other genetic variants similarly believed to be innocuous but that potentially may have health effects.