Would you like a little cinnamon with your brick dust? Wait. You didn’t know you were eating brick dust? 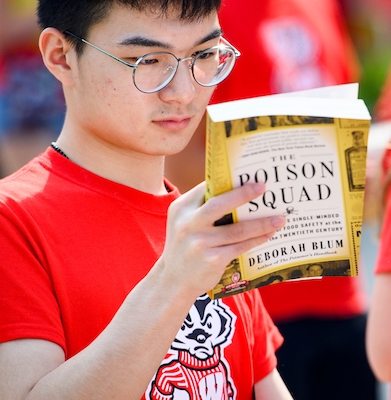 A first-year student reads the back of “The Poison Squad” after the book was distributed at the Chancellors Convocation. Photo: Bryce Richter

Such was the case before the 1906 Pure Food and Drug Act, banning adulterated or misbranded food and drugs. You can thank Dr. Harvey Washington Wiley, a man you likely haven’t heard of. Neither had Deborah Blum until she wrote her book, “The Poison Squad: One Chemist’s Single-Minded Crusade for Food Safety at the Turn of the Twentieth Century.”

“As a science writer who focuses on history quite a lot, one of the things I like best is finding those forgotten moments of history that influence how we got to where we are today,” Blum says. “That’s really important to me – finding people who have vanished from our national consciousness and learning what they did and how they contributed.”

Her book is the 2019-20 selection for Go Big Read, UW–Madison’s common reading program. Blum will discuss the book at 7 p.m. Tuesday, Oct. 15, at the Memorial Union Theater’s Shannon Hall. No tickets are required. Sign language interpreting and real-time CART captioning will be provided.

Blum earned her master’s degree in environmental journalism in 1982 from UW–Madison. In 1992, she won the Pulitzer Prize for a series on primate research, which she turned into a book, “The Monkey Wars.” She returned to UW–Madison as a professor in the School of Journalism and Mass Communication from 1997 to 2015. Since 2015, she has been director of Knight Science Journalism program at MIT. 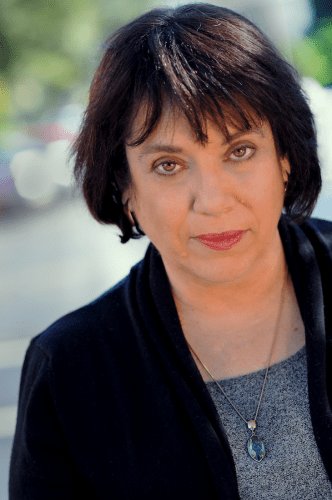 While many criticize the preservatives and long lists of hard-to-pronounce ingredients in today’s food, consumers had no idea what they were eating before the Pure Food and Drug Act.

Milk and meat were preserved with formaldehyde, beer and wine with salicylic acid. Rancid butter was sold with borax, a cleaning product. Honey was diluted with glucose syrup, olive oil was made with cottonseed.

“We like to think of our great-grandparents as pink-cheeked eaters of nothing but the finest food,” Blum says. “But they were eating fake, poisonous food full of really bad things.”

Wiley, a chemistry professor at Purdue University, was out to change that. In 1883, he was named chief chemist of the agriculture department. Under his direction, the agency began methodically investigating food and drink fraud, even conducting shocking human tests on groups of young men who came to be known as “The Poison Squad.” These volunteers consumed capsules of borax, formaldehyde, and other preservatives alongside their daily meals. Wiley tested the effects of these chemicals and adulterated foods that manufacturers insisted were safe.

“Why would you feel like you had to do that? Imagine feeling so desperate about the state of the American food supply that you set out to poison your co-workers,” Blum says. 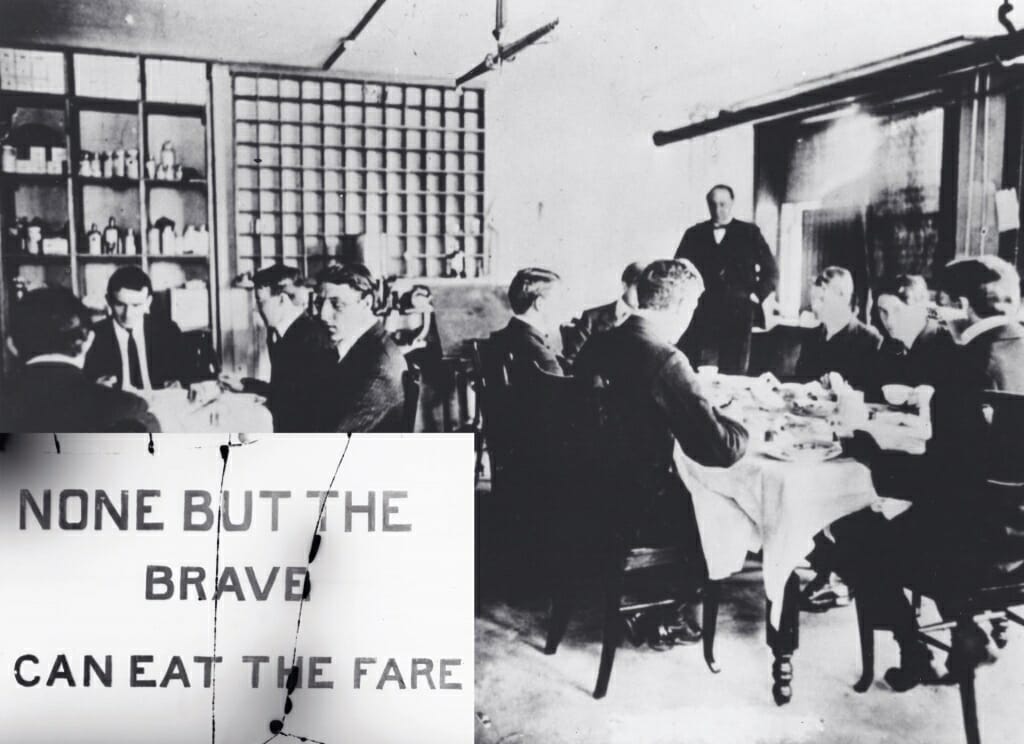 Harvey Wiley ate with the members of his “Poison Squad” when he could, to offer encouragement and support. The men themselves came up with their own inspirational slogan. Photo courtesy of the U.S. Food and Drug Administration

Wiley believed everyone deserved decent food. It may not seem like a controversial stance, but Wiley had a fight in front of him. Food manufacturers were used to making money by using fillers and cheap ingredients. If you were drinking a cup of coffee in the late 1800s, there’s a good chance it contained char bones, sawdust, lead-based blacking compounds and dirt, giving the term a “muddy cup of coffee” a whole new meaning.

Not only did this lower the quality and safety of food, it provided no incentive for businesses to produce quality products that cost more to make. The only difference consumers could see between pure maple syrup and, ahem, “maple syrup,” was the cost. 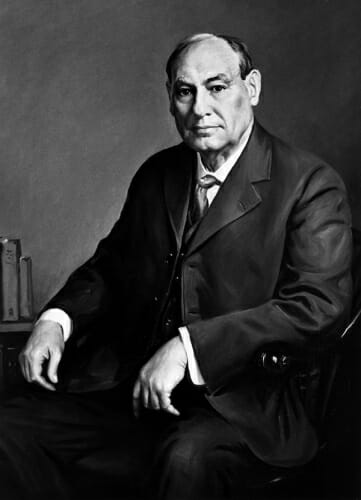 This painting of Harvey Wiley, who worked for decades on passage of a comprehensive federal law to regulate food and drugs, was commissioned by the FDA on the 60th anniversary of the 1906 Food and Drugs Act. It now hangs in the Harvey Wiley building that houses food regulatory activities for the FDA in College Park, Maryland. Courtesy of The U.S. Food and Drug Administration

“He was crusading for the poor, the working-class, the blue collar worker,” Blum says. “That’s what mattered to him. His message was always that everyone deserved decent food.”

Wiley would get letters of support, thanking him for his work and encouraging him not  to give up.

“It made him a formidable person,” Blum says. “Taft and Roosevelt didn’t want to tangle publicly with him. You can be fearless when the American people have your back.”

Go back to studying soil samples, he was told on more than one occasion. It would have been easier than taking on food manufacturers and the politicians who supported them.

“He wasn’t capable of doing that, clearly,” Blum says. “He was a person obsessed with an issue.”

Whether people know his name or not, Blum says, Wiley shows how a single person can make a difference.

“It’s really important to remind people that this matters. People that are, at the time, seen as trouble makers by superiors are often seen as heroes today,” Blum says. “Those of us who want to make trouble should take heart in that.”

While regulation is often thought of negatively, Blum says it was essential in making our food safer. 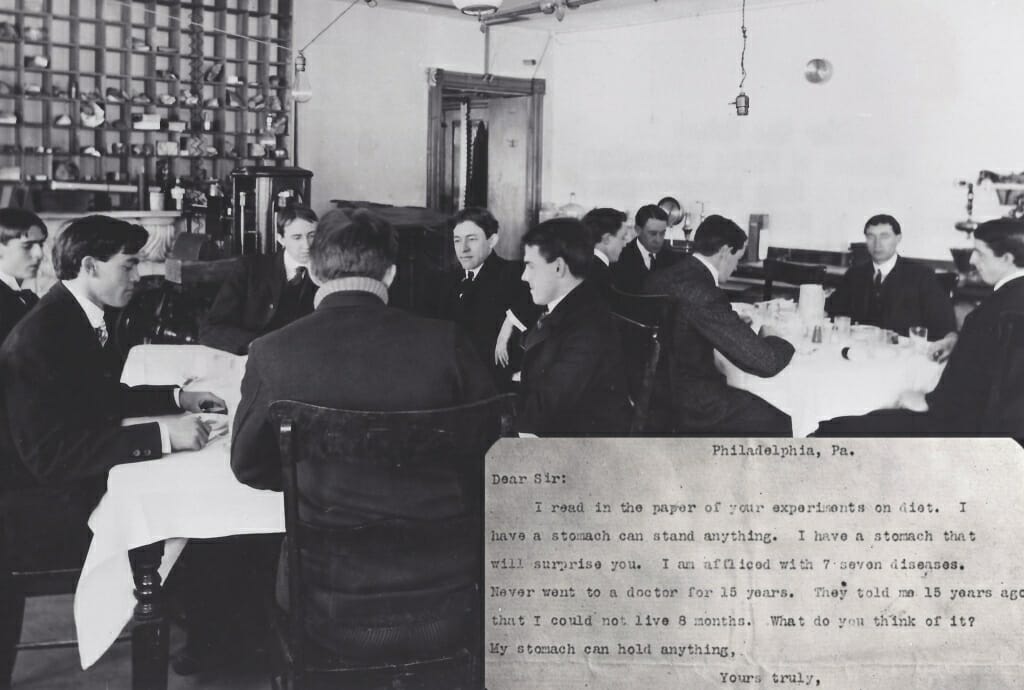 Despite the hardships of the table trials, there was no shortage of volunteers for the “Poison Squad.” Photo courtesy of the U.S. Food and Drug Administration

As for Blum, she looks closely at food labels. There are certain things she tries to avoid but ultimately, she takes a practical approach.

“In general, my biggest advice is to eat a varied diet,” she says. “Mix it up.”

You can listen to the book, thanks to Wisconsin Public Radio’s “Chapter a Day.” Jim Fleming reads from “The Poison Squad” at 12:30 p.m. and 11 p.m. weekdays through Oct. 25, or listen at wpr.org/gobigread through Nov. 22.