The Secretary of the Faculty annually recognizes four professors from the University of Wisconsin–Madison for distinguished contributions to research, teaching and service with the Hilldale Awards.

One faculty member each from the arts and humanities, social sciences, physical sciences and biological sciences is selected from nominations by department chairs. The winners will be awarded $7,500 and recognized at the May 6 Faculty Senate meeting.

Patricia Devine redefined research into prejudice by outlining a previously unconsidered component: implicit bias. She showed that even as people aim to eliminate their conscious prejudice, unconscious bias persists and can lead to discrimination. Using this information, Devine developed training that helps people reduce their implicit bias in the long term, and these interventions have led to hiring more women in scientific disciplines at UW–Madison. 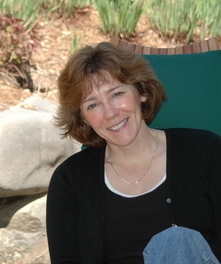 “By empowering people to break the prejudice habit, Devine’s work takes an important step toward resolving the paradox of ongoing discrimination in a nation founded on the principle of equality,” writes Craig Berridge, chair of the psychology department, in his nominating letter.

Devine’s work has helped change how social psychology is taught, as all major undergraduate and graduate programs in the field now have concentrations in prejudice and stereotyping. Universities, companies, Congress and the Marine Corps have requested her training, and she has taken her interventions to school districts in New Jersey, California and Wisconsin. Additionally, her stimulating teaching has garnered a slew of awards both on and off campus, and while serving as department chair she helped retain and recruit more than a dozen faculty.

“These outreach activities enable Devine to support our university’s commitment of the Wisconsin Idea – to share what we learn with the broader community,” writes Berridge.

Jin-Wen Yu has performed, choreographed or been involved in more than 100 works across the Americas and Asia, and the Boston Globe has described Yu as “a gorgeous performer, sensuous yet controlled and capable of great dynamic detail.” Throughout his career, Yu has blended Chinese and modern choreography while integrating technology into his performances. 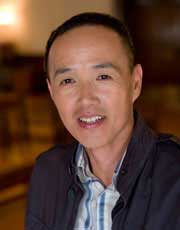 As chair in 2010, Yu oversaw the development of UW–Madison’s Dance Program — the first in the country — into an independent Department of Dance and expanded the department’s faculty from five to nine. He has orchestrated several dance festivals in Madison focused on connecting American and Chinese performers and has coordinated dance programs reaching 10,000 schoolchildren and members of the public across Wisconsin.

“Yu’s instructional and artistic contributions to the UW–Madison Dance Department maintain the highest standard,” writes department chair Kate Corby in her nominating letter. “His leadership and vision have strengthened the department internally and enhanced its reputation nationally and internationally.”

“Ellen is universally recognized as the leading theoretical plasma astrophysicist in the world,” writes Sebastian Heinz, chair of astronomy, in his nominating letter. 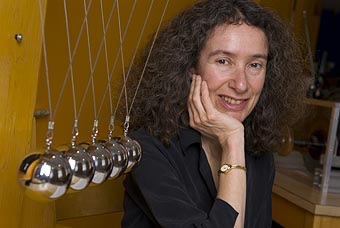 Because most matter in the universe is a form of plasma, the fourth state of matter, Ellen Zweibel’s expertise extends to the ends of the cosmos. Her research has advanced our understanding of cosmic magnetic fields and the formation of stars and interstellar clouds. Zweibel’s work on the solar cycle and solar flares has helped scientists understand the influence these events have on Earth’s weather, technology and spaceflight programs.

Zweibel served as chair of the astronomy department for three years. She also oversaw creation of the National Science Foundation Frontier Center for Magnetic Self-Organization, coordinating millions of dollars across five institutions to advance the field.

“Ellen displays a rare combination of intellectual brilliance, leadership, and investment in education, while showing the finest of human attributes that endear her to our students and faculty,” writes Heinz.

Linda Schuler was a member of the first class of professors hired to inaugurate the UW–Madison School of Veterinary Medicine in 1983. Her research defined the genetic details of the hormonal control of milk production in dairy cows. That work led Schuler to discover that the milk-stimulating hormone prolactin can induce breast cancer, distinguishing her as a researcher eager to pursue leads toward the next problem. 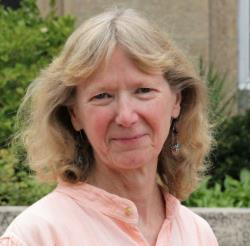 Schuler has built up the school she helped found, serving on virtually all committees for upwards of 30 years. She has particularly focused on developing the careers and talents of new faculty, serving on the Dean’s Task Force for Mentoring since its inception and now as the associate chair for faculty development within her department. Her dedication to mentoring women was recognized with the Doris Slesinger Award for Mentoring in 2014.

As a founding member of her department, Schuler helped develop the veterinary physiology course that she has now overseen for more than three decades. And she has mentored more than 150 graduate students across seven graduate programs on campus.

“Simply put, Dr. Schuler is an exceptional scientist and mentor,” writes department chair Thaddeus Golos is his nominating letter. “She continues to be an inspiration to the students and faculty she has mentored over the last 35 years, likewise instilling in them the importance of mentoring and promoting a supportive environment where everyone can succeed.”