Kaya Halverson first heard about Bucky’s Tuition Promise as a junior at Green Bay East High School. She assumed there was a catch.

“Honestly, it seemed too good to be true,” she says.

So she researched it, and researched it some more. She learned that as a Wisconsin high school student whose parents earned less than the state’s median income, she qualified for free tuition at the University of Wisconsin–Madison. 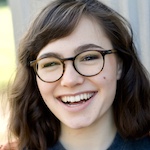 No fine print. No catch.

Halverson is one of 848 new students this fall benefiting from Bucky’s Tuition Promise, now in its second year. Last fall, the first group of students covered by the pledge — 796 of them —arrived on campus.

The pledge covers four years of tuition and segregated fees for any incoming freshman who is a Wisconsin resident and whose family’s annual household adjusted gross income is $58,000 or less — roughly the state’s median family income. (For the 2020-21 school year, the figure will be $60,000.) Transfer students who are Wisconsin residents and whose families meet the same income criteria receive two years of tuition and segregated fees.

Isaac Wells-Cage is another freshman benefiting from Bucky’s Tuition Promise. He spent part of his youth in foster care and ultimately became a ward of the state. Determined to better his station in life, he threw himself into his studies at Milwaukee Reagan College Preparatory High School. 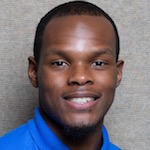 In May, he was named a Presidential Scholar, one of only five in the state to earn the prestigious national award. Accepted to 15 universities, he narrowed the field to UW–Madison and two large universities in other states. Despite having won the national award, Wells-Cage says the financial aid packages offered him elsewhere still would have sunk him deep into debt. Then he received word that he qualified for Bucky’s Tuition Promise.

“I can’t find the words — I was ecstatic,” Wells-Cage says. “There was no debate after that. I’m so glad I’m here. Bucky’s Tuition Promise means I get to go to college — a great college — and it means I’ll graduate with no debt.”

Of this year’s 848 Bucky’s Tuition Promise students, 686 are freshmen and 162 are transfer students. They make up 19.5% of the total 4,357 freshmen and new undergraduate transfer students from Wisconsin on campus this fall. Put another way, Bucky’s Tuition Promise is providing free tuition to roughly one in five of UW–Madison’s new undergraduates from Wisconsin this year. 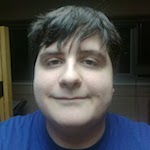 Jessica Antonio Gutierrez, a freshman from Milwaukee, says Bucky’s Tuition Promise helped her realize that she was not alone in trying to reach her educational goals. She considers UW–Madison a full partner in her journey now.

She is the oldest of four children in her family and the first to enroll in college. Her father is a construction worker and her mother works for a vegetable processing company. 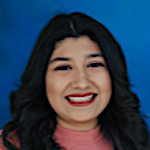 “To me, Bucky’s Tuition Promise is a literal promise that will keep me accountable in order to become more than what I thought I could be,” she says. “It means a promise between the school and me that we can work together and create a path for my future.”

The students covered this year come from 65 of Wisconsin’s 72 counties. More than half (51.3%) are first-generation college students, meaning neither parent holds a four-year college degree.

Hope Offerdahl is one of those first-generation students. Her parents own Kickback Grill in Eagle River, an area popular with tourists near the Michigan border in northern Wisconsin. The third of four children in her family, Offerdahl says she grew up knowing she would need to pay her own way through college. Consequently, she almost didn’t apply to UW–Madison.

“I’d always wanted to go there, but I figured I would never be able to afford it,” she says. “I just didn’t want to get my hopes up.” 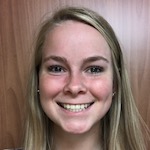 But she didn’t want to let go of her dream school, either. She applied, got accepted, and then learned through an email that she would receive free tuition through Bucky’s Tuition Promise.

“I had to reread it twice to make sure I understood it,” she says. “It was such a relief. My mom cried, she was so overjoyed.”

“We want students to be able to set aside the question of affordability when considering where to apply,” Kindle says. “As the state’s flagship university, our promise to students like Hope and to other Wisconsin families is that if you work hard enough to get admitted here, we will find a way to make the numbers work. Your job is to hit the books. Let us worry about the rest.”

Qualifying for Bucky’s Tuition Promise is straightforward: It is based solely on one line from a family’s federal tax return. It is also simple: It is awarded automatically to eligible Wisconsin resident students who have completed the Free Application for Federal Student Aid (FAFSA). There is no separate application; the Office of Student Financial Aid simply notifies eligible students.

Julie Quist, a guidance counselor at Mauston High School in central Wisconsin, says Bucky’s Tuition Promise is breaking down financial barriers for families. The mostly rural school district has a large population of first-generation students, and more than half of its students qualify for free or reduced lunch, she says.

“We have very academically talented students, but college debt is a big concern,” Quist says. “When I start telling students about Bucky’s Tuition Promise, I see their hope, I see their optimism. It is making a huge difference.”