A century ago, disaster struck the heart of UW–Madison’s campus.

On Oct. 10, 1916, the dome on top of what was then called Main Hall caught fire. Many students helped fight the blaze.

The dome collapsed into a water supply tank, extinguishing the fire and saving the rest of the building. But the structure, which even then was a powerful symbol of the university, would never be quite the same.

Four years later, the building was renamed Bascom Hall in honor of John Bascom, the university president from 1874 to 1887.

The gallery below traces the evolution of Bascom Hall through the years. 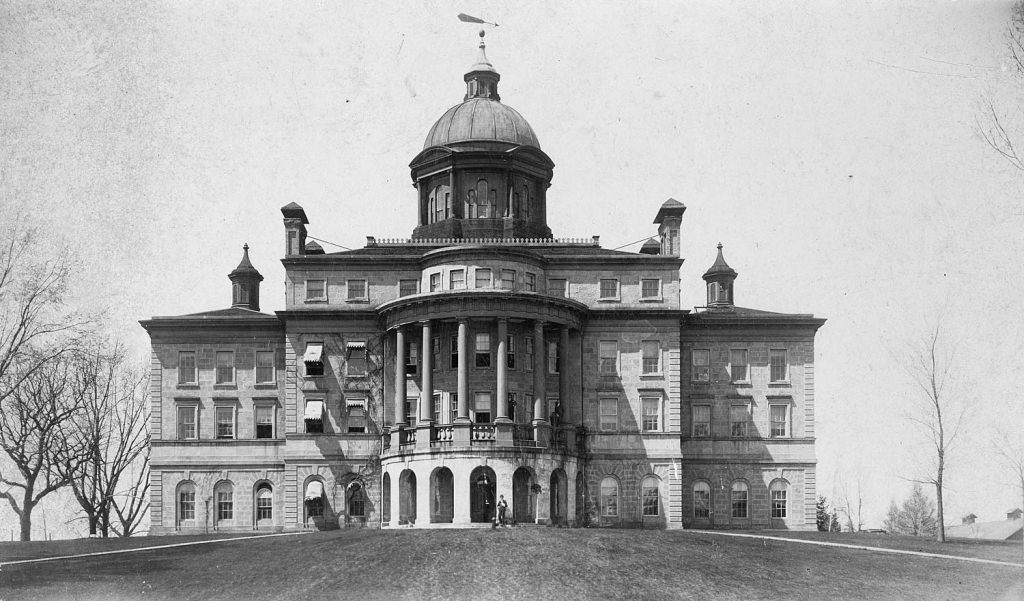 1 Bascom Hall, built in 1859 and known variously through its history as University Hall and Main Hall, still has its original rounded portico and dome in this photo. 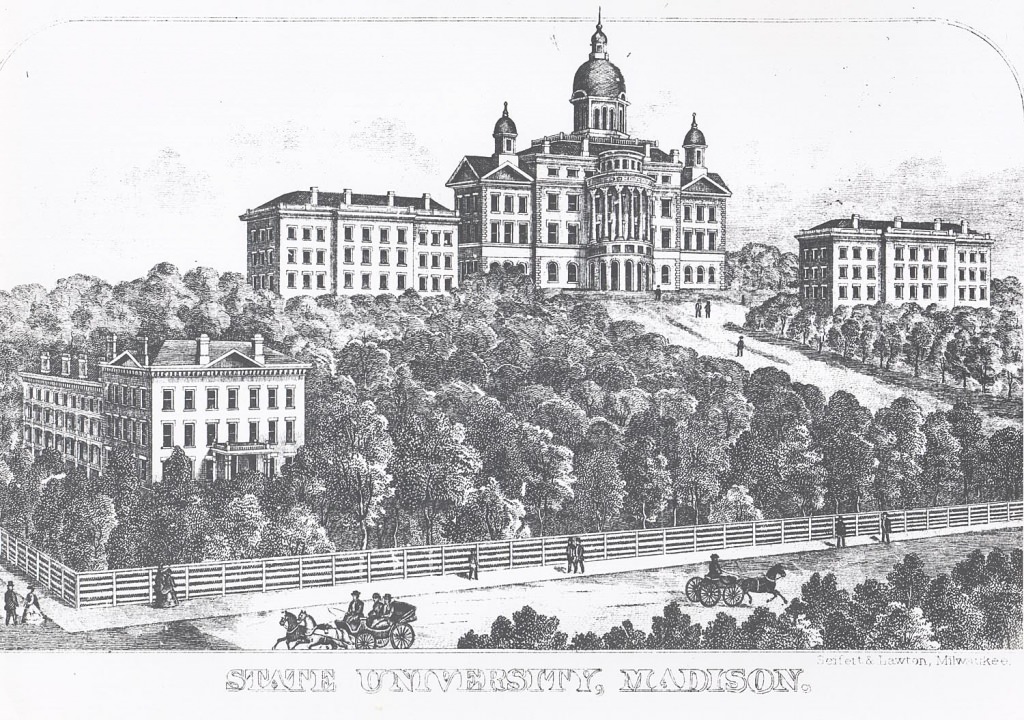 2 Bascom Hall commanded the top of a wooded hill, which was populated with buildings as the years went on. UW-Madison archives 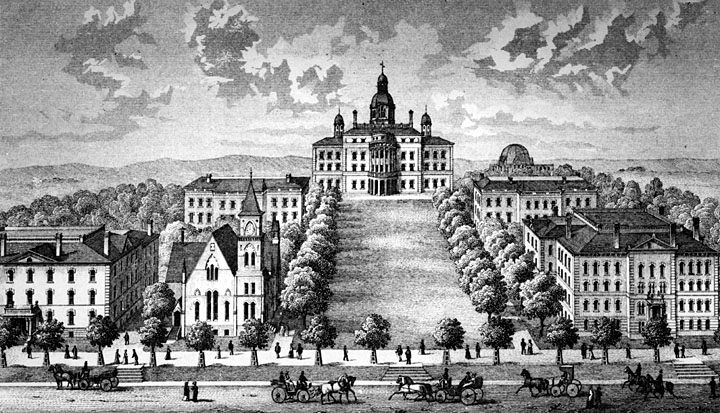 3 Bascom Hill, likely from 1878-1884, looking west across Park Street. This image also depicts the first Science Hall, which burned down in December 1884, and Music Hall, which was completed in 1878. It does not show the Law Building, completed in 1891. 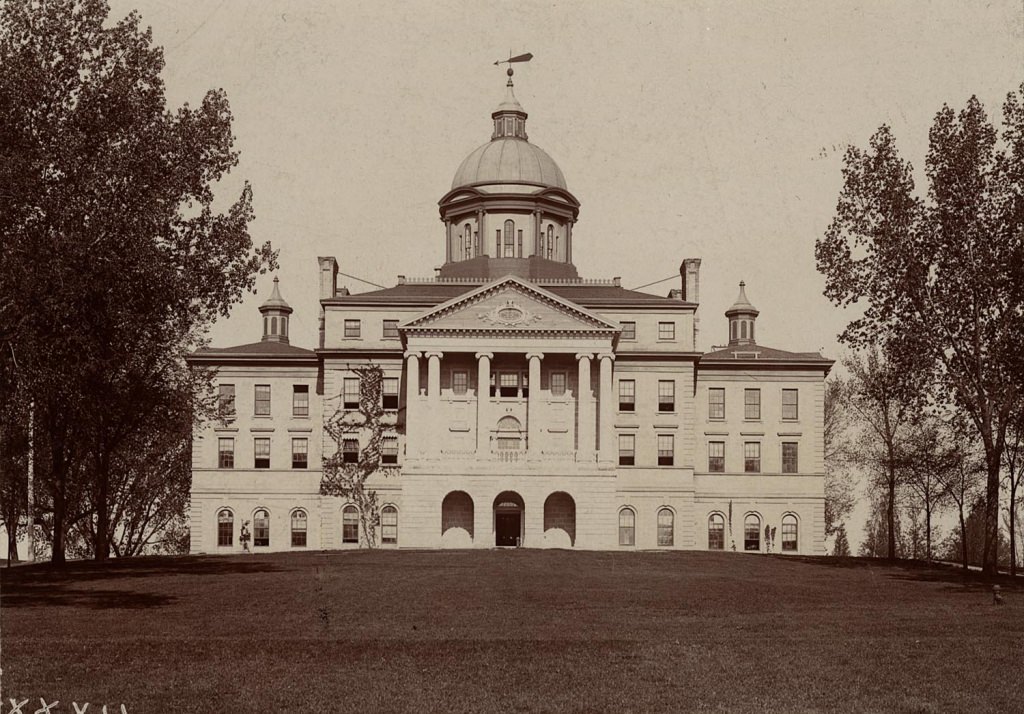 4 Bascom's original round portico was altered to a square portico with wider stairways in 1885. UW-Madison archives 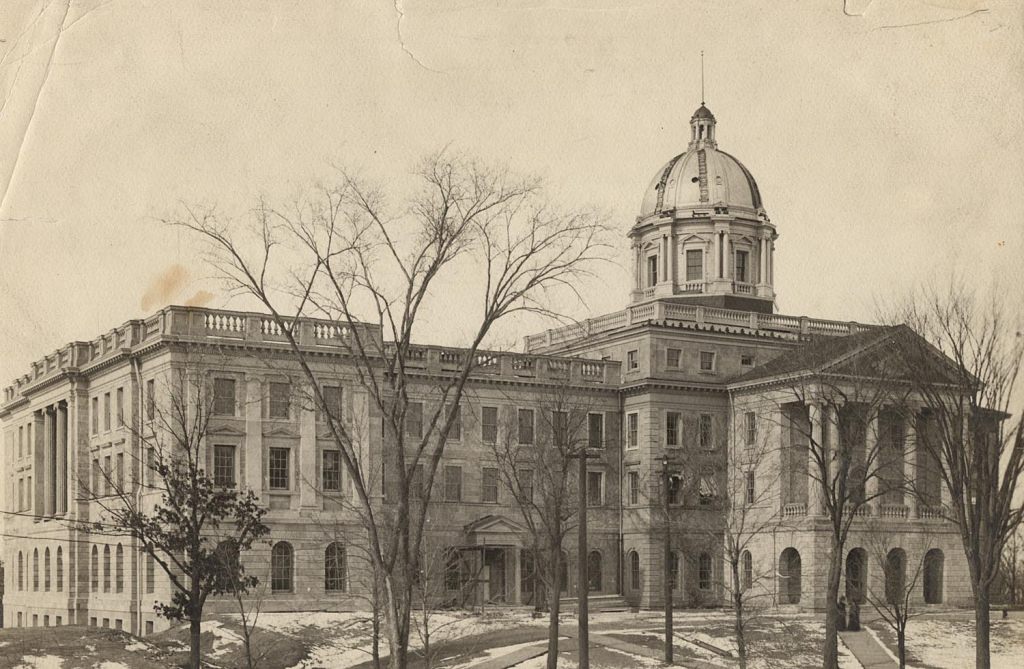 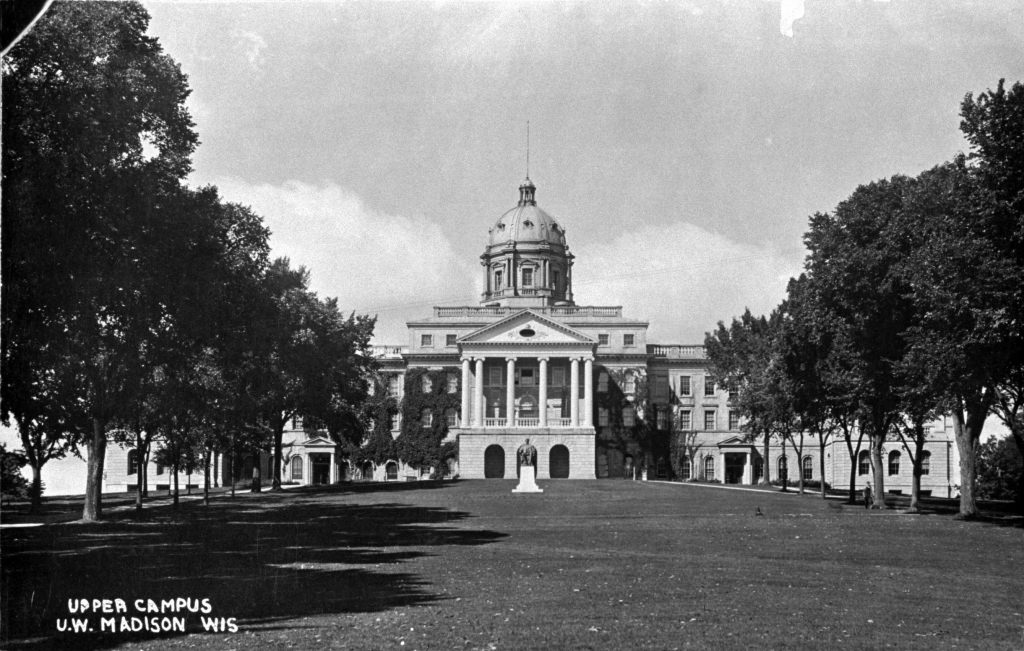 6 Bascom around 1910, four years after the north wing was completed. Elm trees line the walkways on Bascom Hill, including one (third from left) felled June 29, 2001 to prevent the spread of Dutch elm disease. UW-Madison archives 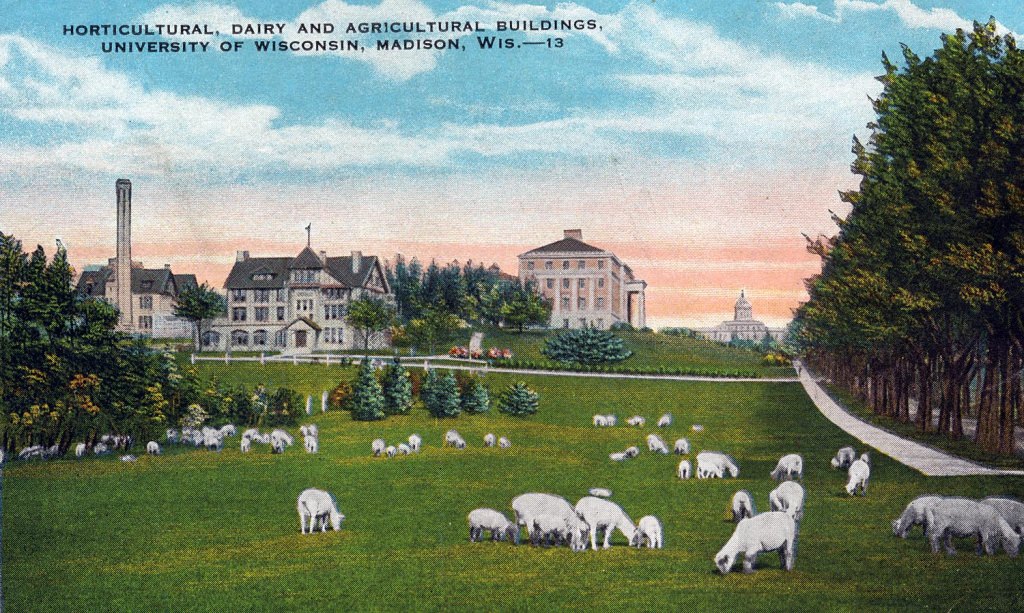 7 A 1913 postcard shows the agricultural campus, where sheep used to graze. Bascom Hall is visible in the background right. UW-Madison archives 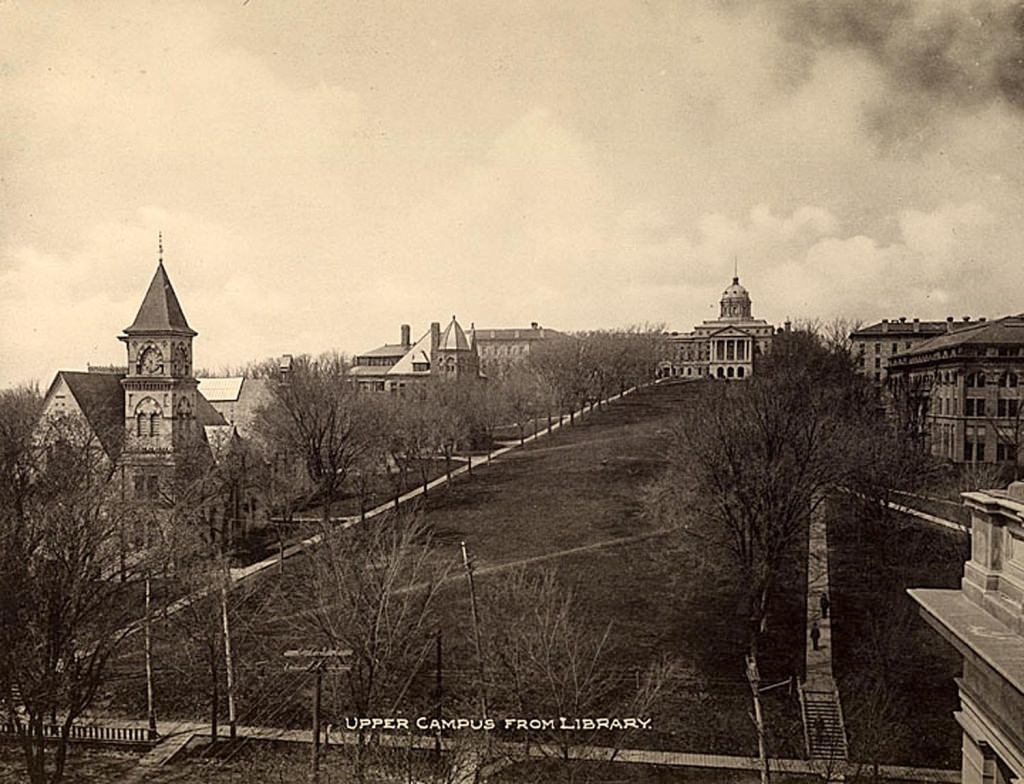 8 A view up Bascom Hill, taken not long before the dome burned in 1916. The photo is taken from what is currently the Wisconsin Historical Society building. That building originally housed both the State Historical Library and the University Library, until Memorial Library was built in 1950. UW-Madison archives 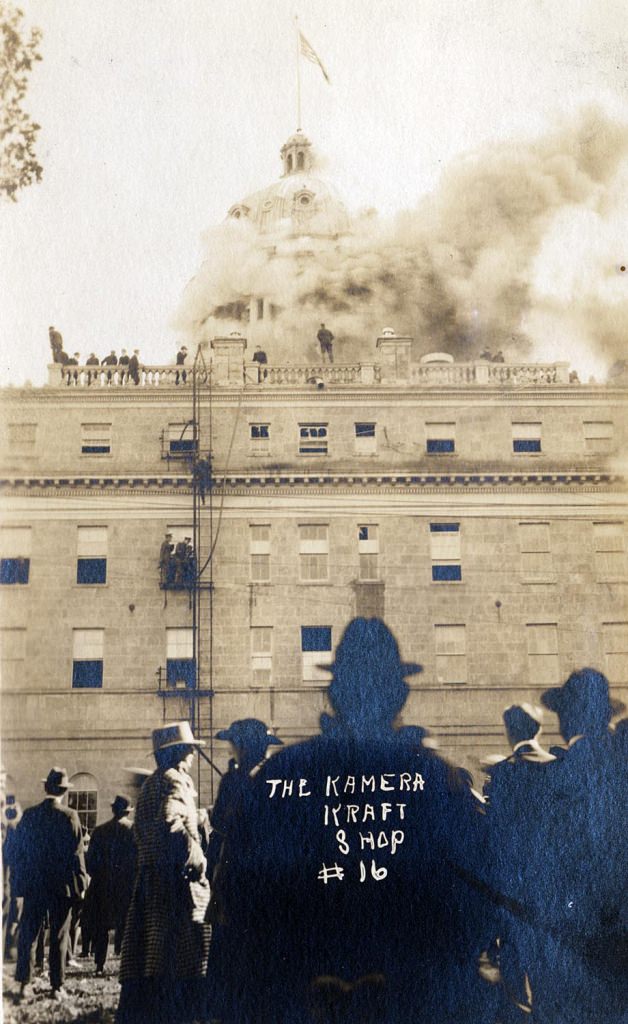 9 View from the ground of Bascom Hall's dome on fire on Oct. 10, 1916. The fire of unknown origin destroyed the dome, but the rest of the building was saved. UW-Madison archives 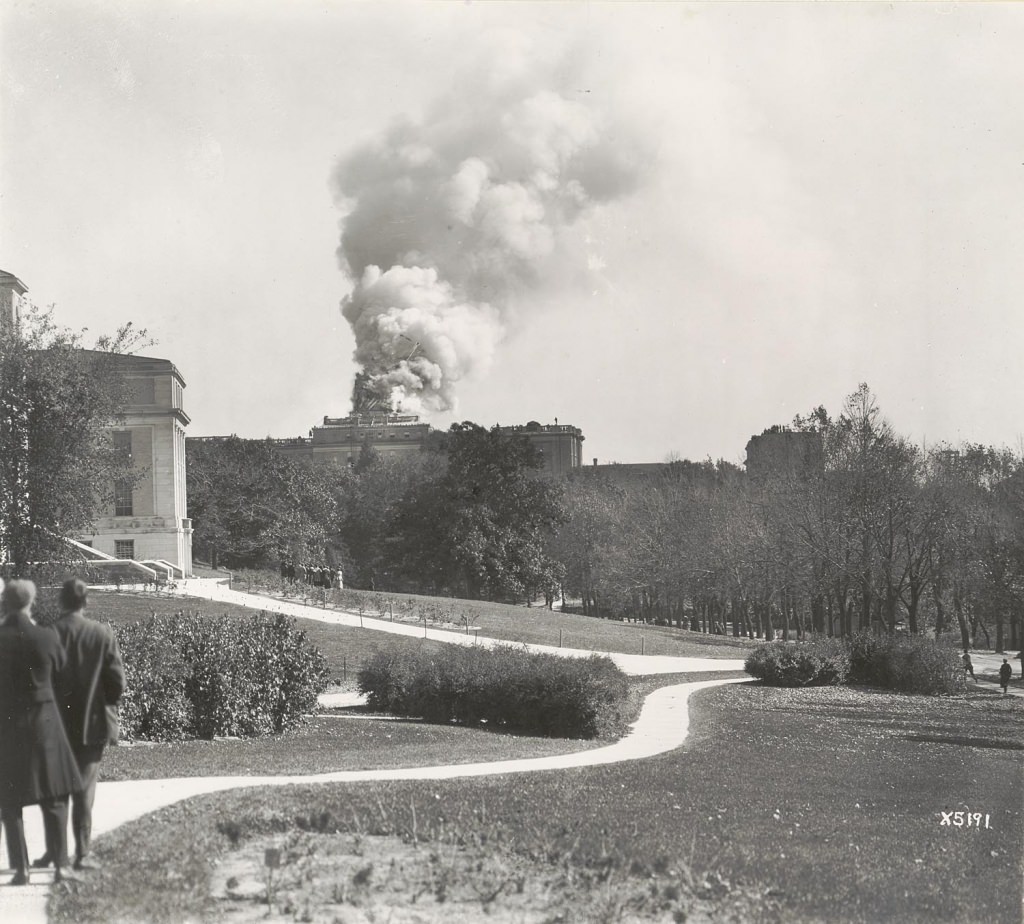 10 The Bascom Hall fire was visible for miles throughout Madison. UW-Madison archives 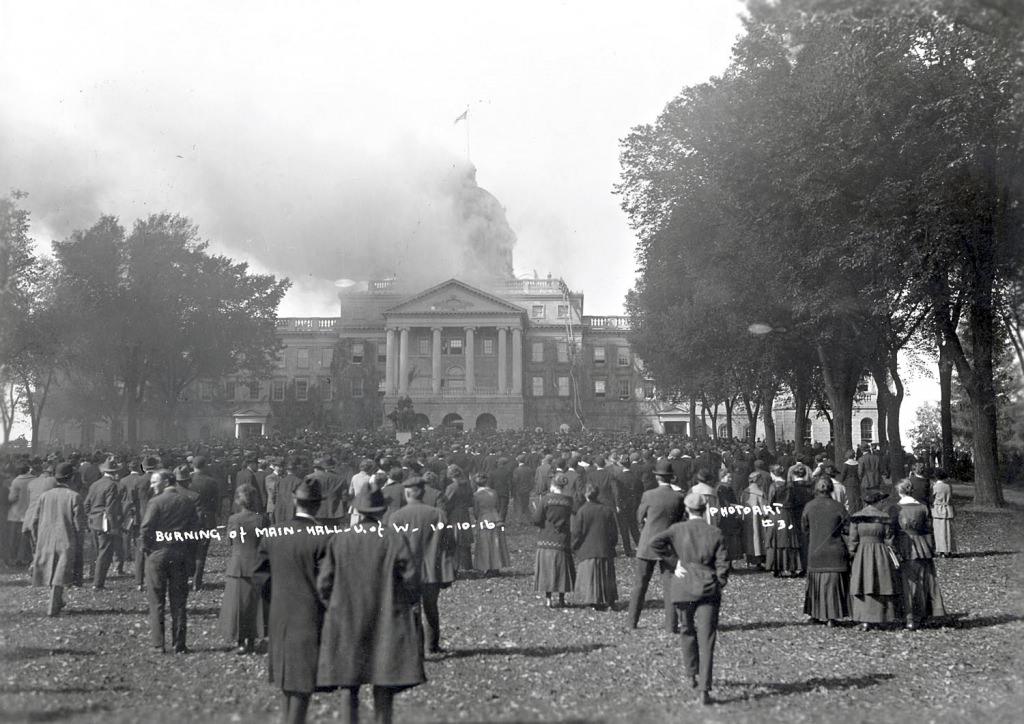 11 Many of UW-Madison's nearly 5,000 students, and numerous other people, gathered to try to fight the fire. It was extinguished when the dome fell into a water cistern. 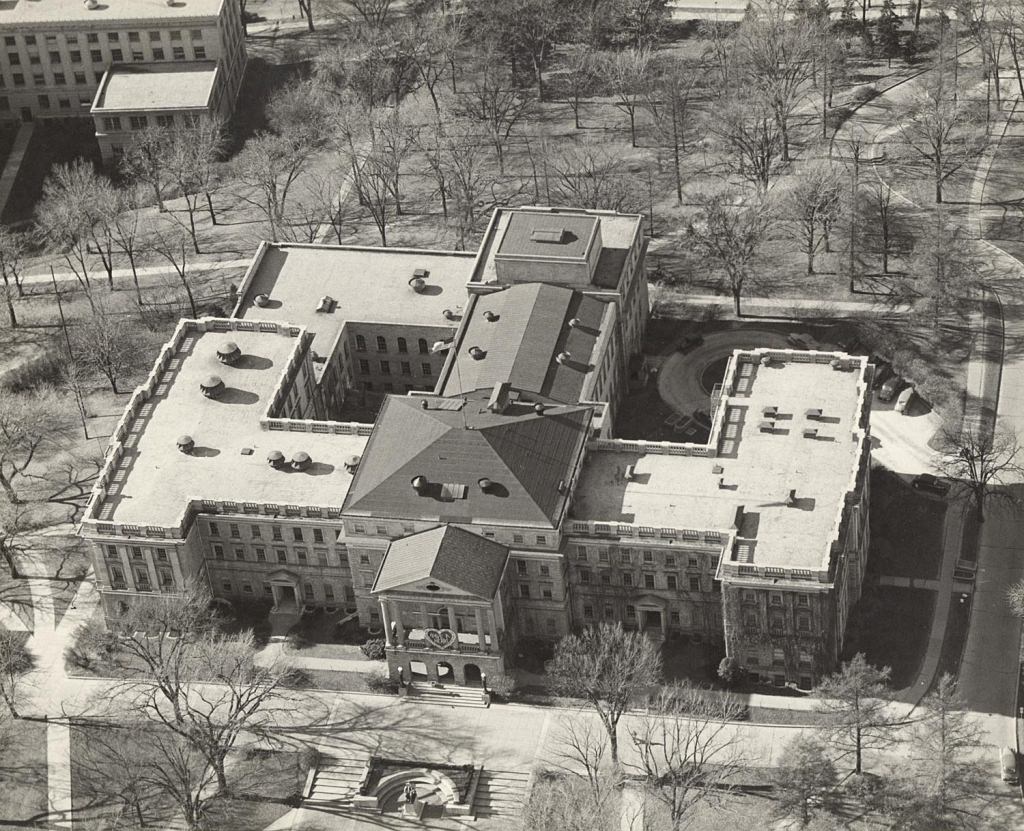 12 An aerial view of Bascom Hall in 1955 shows the rough modern configuration of the building. UW-Madison archives 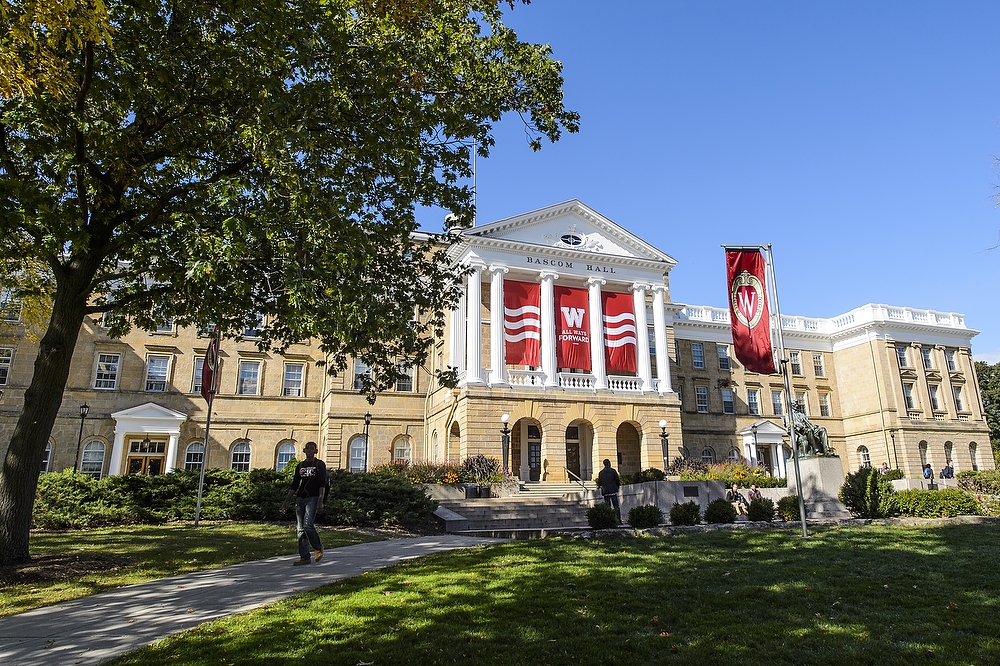 13 Bascom Hall as it appears today. Photo by: Bryce Richter