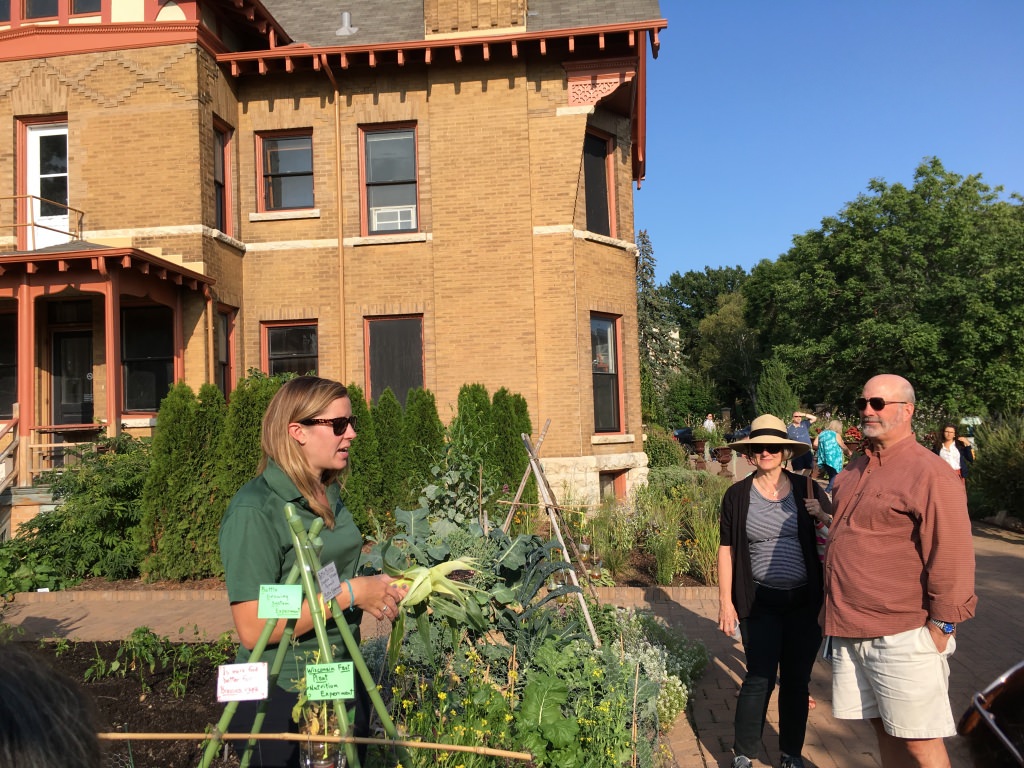 Allen Centennial Garden Director of Programs and Community Engagement Elin Meliska discusses the experimental vegetable varieties grown at the garden during a pre-dinner tour on Aug. 24. Photo by Eric Hamilton

MADISON – For these vegetables, flavor is king.

No bland carrots or tasteless tomatoes allowed. Only deep, earthy beets, rich sweet corn and bright kale were fit for the Farm to Flavor dinner, a showcase for vegetables bred specifically for intense flavor by the University of Wisconsin–Madison plant breeding network the Seed to Kitchen Collaborative. On a late-summer evening, more than 200 people gathered on campus to sample gourmet creations prepared by some of Madison’s best chefs using the latest vegetables developed by university plant breeders.

Farmers, breeders, chefs and the public came together to celebrate the partnerships and work that created the flavorful new varieties of vegetables. Dishes from sweet-corn ice cream to savory smoked tomatoes, and purple carrot latkes to fluffy beet beignets highlighted the unique tastes of each vegetable, which were harvested just days or hours before the event.

Julie Dawson, a professor of horticulture at UW–Madison and the lead scientist of the Seed to Kitchen Collaborative, started the program in 2014 to focus on flavor and other marketable qualities for small, local farms that tend to sell directly to consumers. A handful of similar initiatives exist in other states, each focusing on varieties that perform well in the area and produce flavors that set them apart. 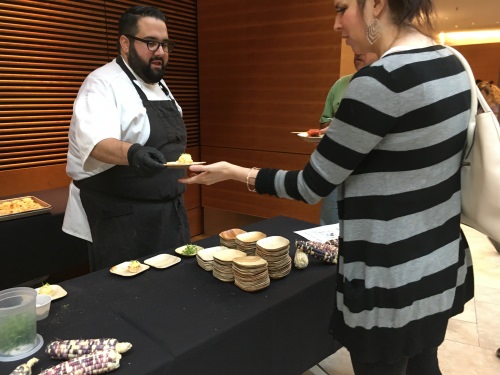 Dan Bonanno, the chef behind A Pig in a Fur Coat, prepares corn ice cream with caramel, chili and cilantro in a corn tart at the Farm to Flavor dinner on Aug. 24, 2017. The corn is a less sweet and more savory variety of sweet corn developed by UW–Madison breeders. Photo by Eric Hamilton

“We’re really working to develop varieties that work for direct-market growers,” says Dawson. “So they don’t necessarily need to ship long distances, they don’t need to be standardized, but they have to taste good and they have to have the qualities that farmers depend on.”

Flavor might seem like an obvious trait to breed for when creating new varieties of vegetables, but it often takes a backseat to concerns about pest resistance, high yield and the ability to ship well in a global food marketplace. By partnering with chefs who are passionate about flavorful produce, the Seed to Kitchen Collaborative aims to re-focus on flavor as the consortium of plant breeders creates the next generation of high-quality vegetables.

The dinner, organized by Dawson lab outreach specialist and coordinator Kitt Healy, began with a tour at the Allen Centennial Garden, which has a vegetable demonstration plot where unique varieties of tomatoes, peppers and corn are grown, among other plants. After walking over to the Discovery Building, attendees were greeted with around a dozen stations featuring the various vegetables from the program in appetizer-style small plates. Other tables allowed attendees to taste-test varieties of beets and tomatoes, sample local cider made with different apple varieties, or try pickled veggies.

Dan Bonanno, the chef behind A Pig in a Fur Coat, prepared corn ice cream with caramel, chili and cilantro served in a corn tart. The corn he used was a more savory variety of sweet corn developed by the lab of Bill Tracy, a professor of agronomy at UW–Madison.

“One of my biggest things when we started off doing this four years ago was I wanted corn that wasn’t sweet, because I can add sweet,” says Bonanno, who has participated in the collaborative from the beginning. “I wanted unsweet corn for when I make risotto, pasta, something like that — I can control the sweetness. So if I made, let’s say, a pasta dish, you’re not just eating sweet corn, you just taste corn.”

For Madison resident and backyard vegetable gardener Susan Ecroyd, the dinner embodied the farm-to-table ethos of Wisconsin. “Everything was really delicious and amazing and I would cheerfully order any of it in a restaurant, but I would drive to Chicago and spend $100 for a meal that had the smoked tomatoes in it,” says Ecroyd. Prepared by Underground Food Collective chef Jonny Hunter, the dish featured indigo tomatoes from Ohio State University breeders with egg white miso, chili pepper oil and puffed grains.

“It’s what a BLT is supposed to taste like,” Ecroyd says. 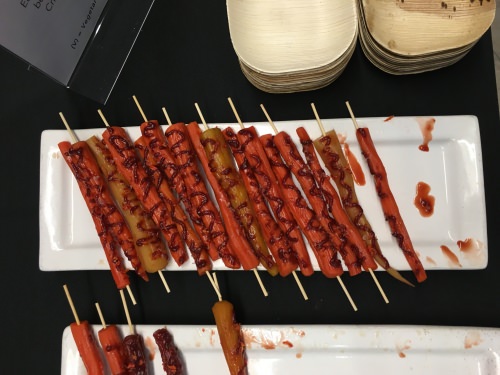 A tray of candied multi-colored carrots with beet caramel and habanero pepper sauce at the Farm to Flavor dinner. Photo by Eric Hamilton

The initiative has grown to include seven local chefs and more than 70 farmers around the state, who help grow and analyze experimental varieties that are part of research programs organized by UW plant breeders. The chefs gather together on a regular basis to taste-test different varieties, providing detailed notes on not only which varieties they prefer, but why. That information helps the breeders decide which varieties to pursue and which ones to set aside.

“Part of what we’re trying to do is provide outreach about local foods,” says Dawson. “We want people to actually meet some of the farmers and to realize that some of these varieties are not things they’re going to find in the grocery store.”