The University of Wisconsin Police Department gathered on Tuesday for a final goodbye to long-time police horse Vegas, who was euthanized.

Vegas has been suffering from Degenerative Suspensory Ligament Disease, an incurable ailment that affects the horse’s ability to use his hind legs, causing a lot of pain. 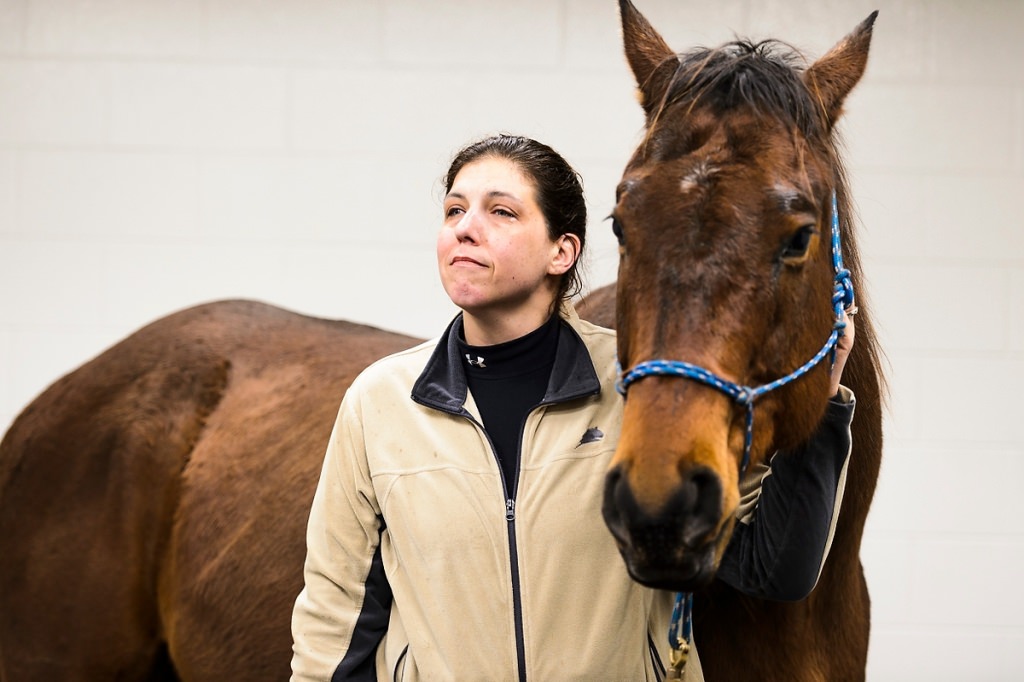 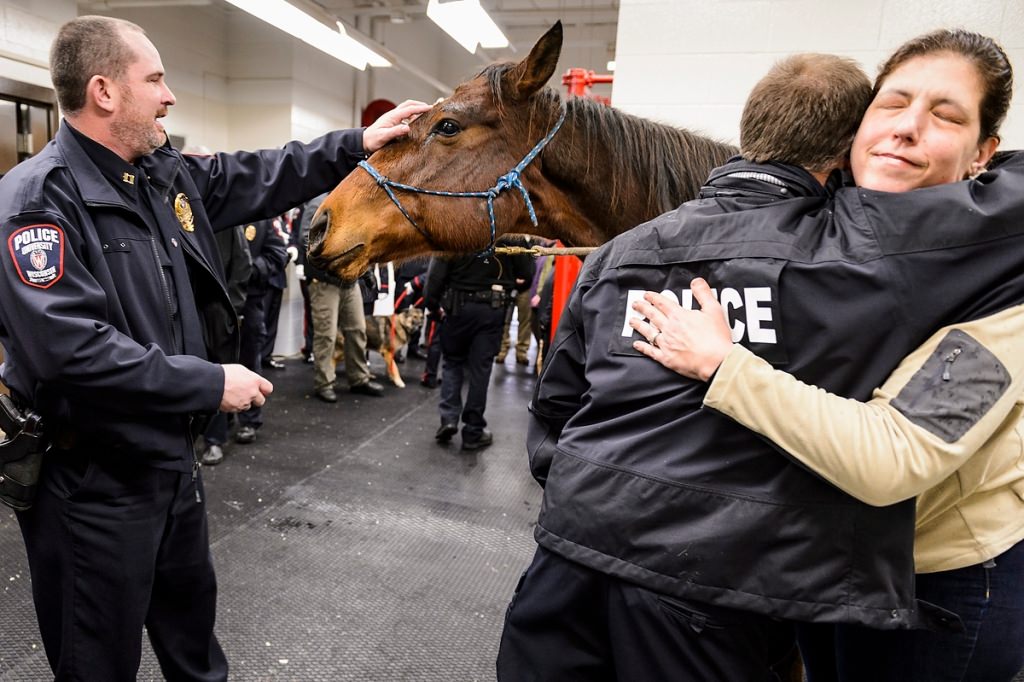 UWPD members express their condolences to Sasso, at right, and bid farewell to Vegas. Photo by: Jeff Miller 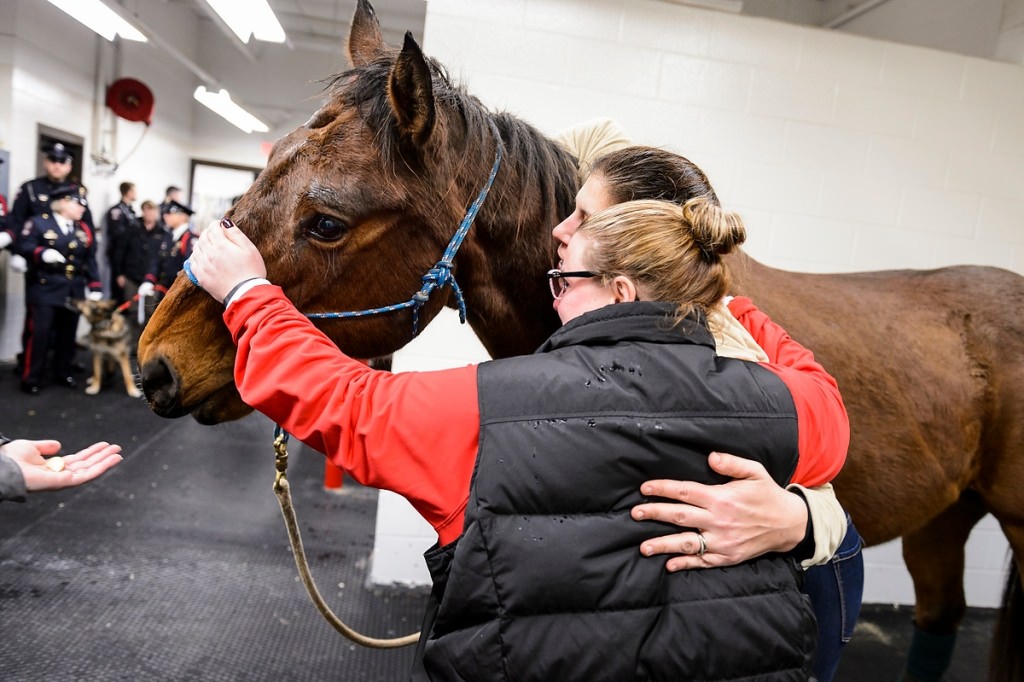 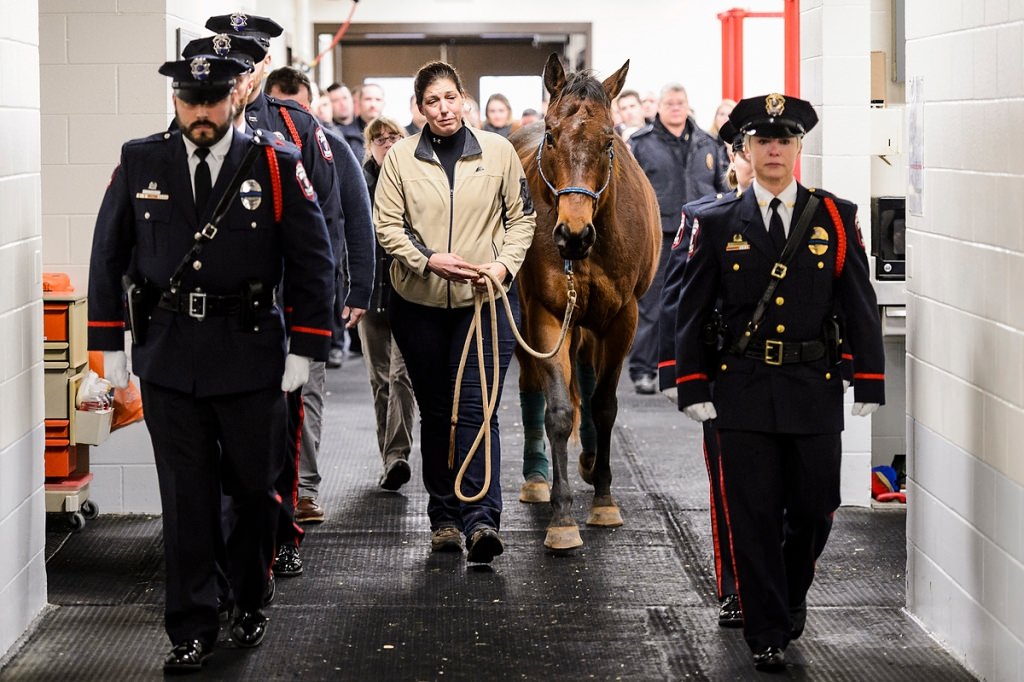 Led by an honor guard, Sasso makes an emotional escort of her police horse, Vegas, at UW Veterinary Care. Photo by: Jeff Miller 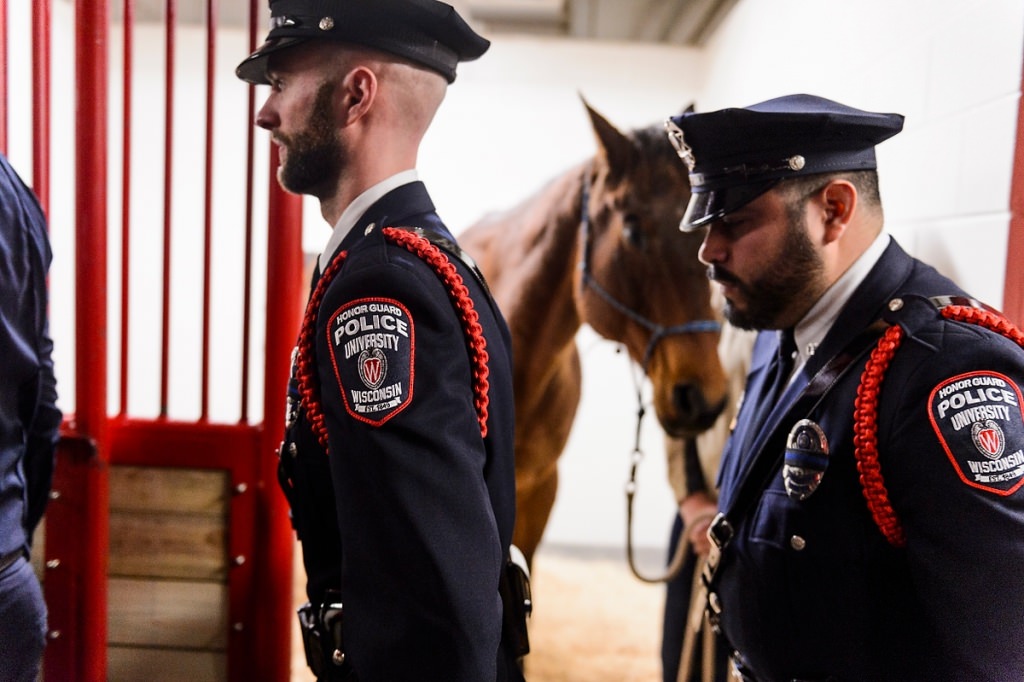 The number of people expressing condolences showed how many people Vegas touched. The UW Mounted Patrol, established in 1989, often works in conjunction with mounted officers from other police departments. 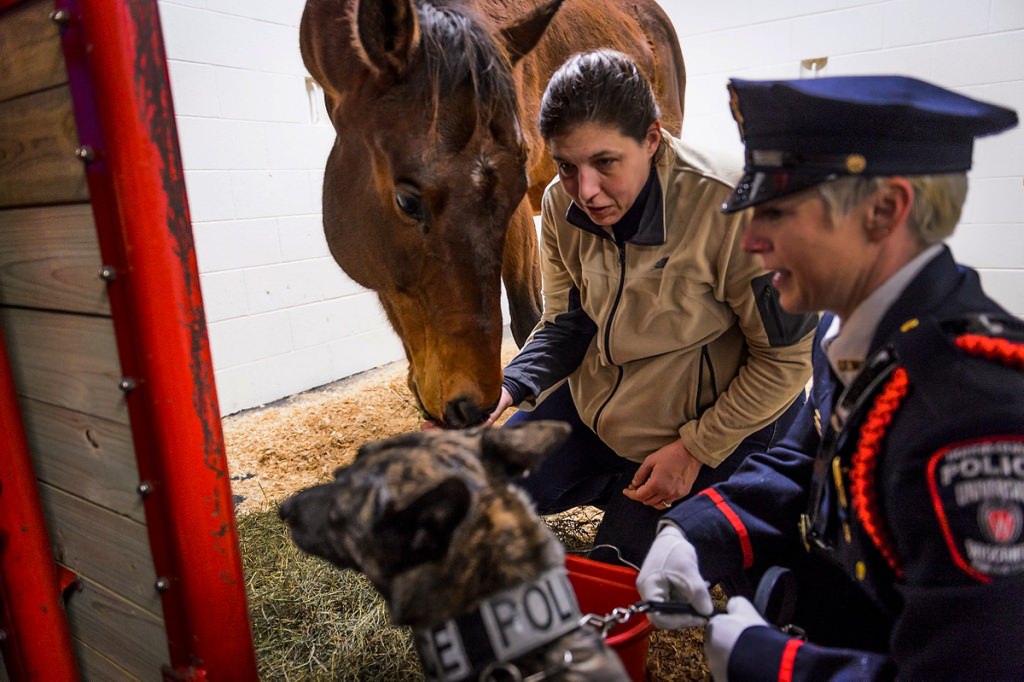 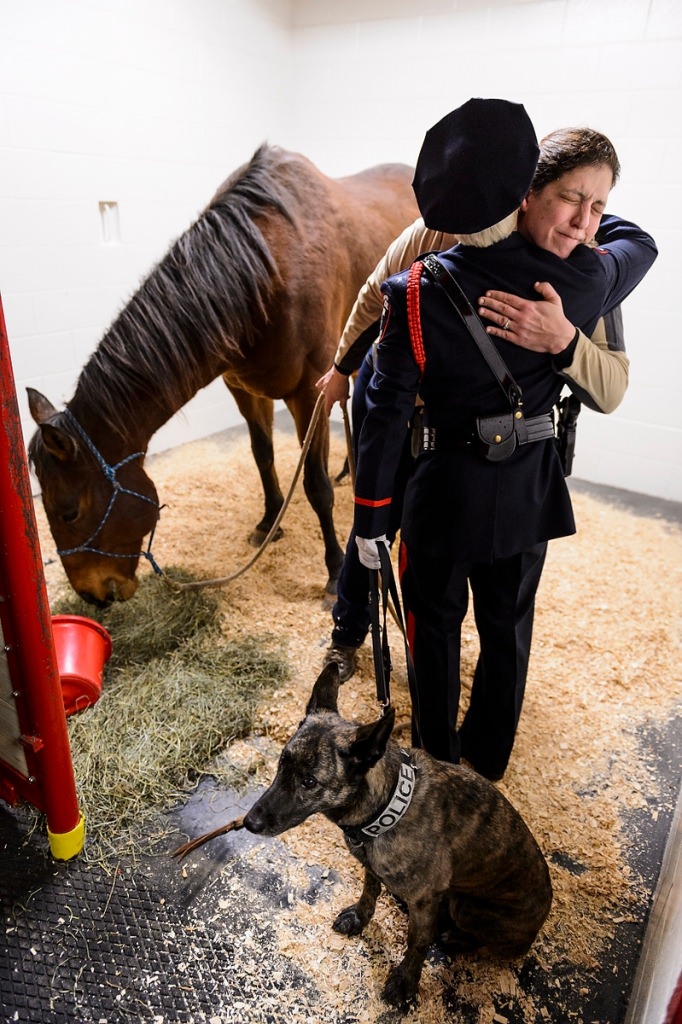 Sasso, at right, receives a hug from Sgt. Cherise Cardine. 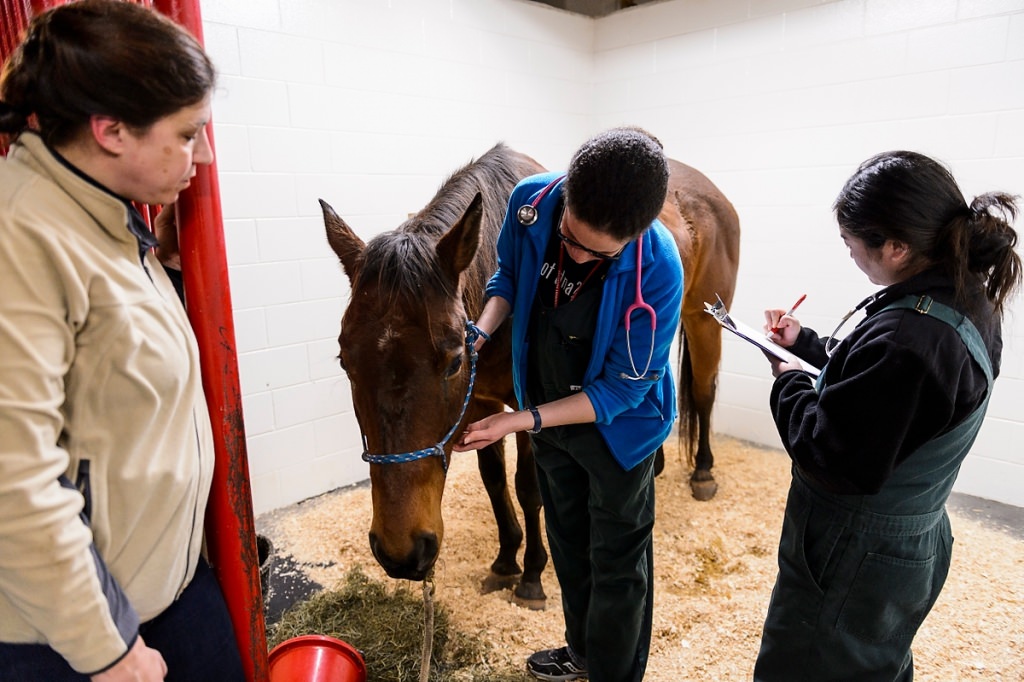 Sasso looks on as fourth-year School of Veterinary Medicine students Lynn Roberts, center, and Gina Kim examine, Vegas, before sedating him for the euthanization. Photo by: Jeff Miller 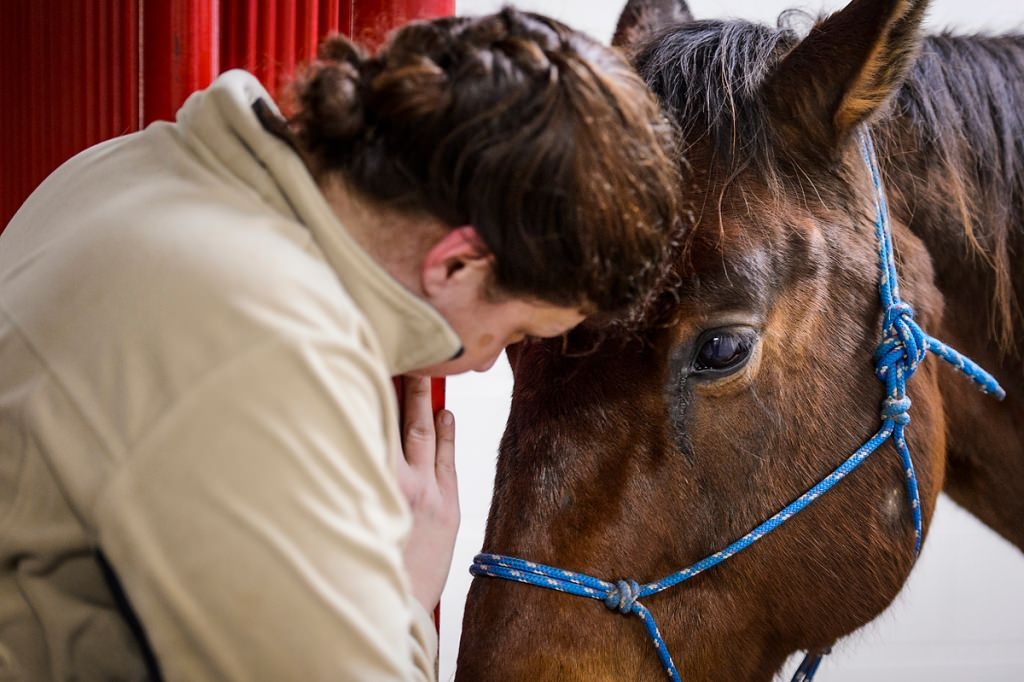 Sasso shares a moment with Vegas. Photo by: Jeff Miller