Nearly two-thirds of Americans couldn’t pass a basic financial literacy test, according to the FINRA Foundation’s National Financial Capability Study out this week. Those results aren’t surprising to J. Michael Collins, faculty director of the Center for Financial Security at the University of Wisconsin–Madison.

“The patterns have been consistent — many people struggle to get by financially,” Collins says. “Some of this is due to incomes being low or volatile, but even among middle- and upper-income people there can be signs of distress.” 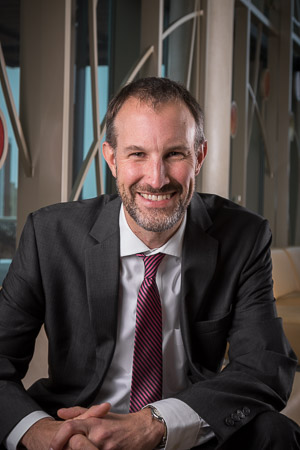 The NFCS is part of a large-scale, multiyear project that provides an in-depth understanding of financial behavior in the United States. The study surveyed 27,564 Americans from June through October of last year. Collins, who is also an associate professor at the La Follette School of

Public Affairs and the School of Human Ecology, served as an advisor for the 2013 study.

The study measures four key components of financial capability: making ends meet, planning ahead, managing financial products, and financial knowledge and decision making. Only 37 percent of respondents are considered to have high financial literacy, meaning they could answer four or more questions on a five-question financial literacy quiz about knowledge of stocks versus bonds, compound interest, risk and other issues — down from 39 percent in 2012 and 42 percent in 2009.

“For some people, these issues are not relevant to them or their lives. For example they may not invest in stocks directly,” Collins says. “The fact that finance is connected to math, a subject some people tend to recoil from, is also an issue. Other people may not need to know, since they have a spouse or professional who helps them with finances. But young people, immigrants, and economically vulnerable groups often score low on the quiz and also show signs of missing bills or not making ends meet — that’s the issue I worry about.”

Improving financial literacy is like diet or exercise, Collins says. Step one is paying attention and making it a priority.

“…People too often ignore or avoid managing or even talking about money — it’s such a taboo!”

“A lot of financial management is grounded in having a system, and paying regular attention to financial management tasks — not once a year at tax time, but every month and, for some issues, every week, Collins says. “It does not take a course or in-depth study. Just start by making goals, setting up a system and following plans, from paying bills on time to saving for retirement. It does not need to be complicated, but people too often ignore or avoid managing or even talking about money — it’s such a taboo!”

But your finances shouldn’t be ignored. Collins offers a few tips:

—Having savings, even if you have credit available, is critical. “It keeps people from having a financial mishap turning into a catastrophe,” Collins says. “It can be in many forms, including a basic savings account.”

—Understand how fees impact your finances. Saving for retirement is great, but Collins advises paying attention to expense ratios and fees charged by financial services firms, which can eat away at your nest egg. Look for low-fee index funds for long-term savings, Collins says.

—Debt can be useful, for example to buy a house. But be thoughtful about what debt you take on. “The key is to borrow ‘smart,’ meaning shopping around and being purposeful before taking on debt,” Collins says. “The credit card offer at the checkout or mortgage pitched over the phone is not a good solution for many consumers.”

While improving your own financial literacy can seem daunting, it doesn’t have to be.