John Francis “Jack” Fowler, professor emeritus of human oncology and medical physics at the University of Wisconsin School of Medicine and Public Health, prolific pioneer in radiation biology and esteemed mentor and colleague, died Dec. 1 at his home in London. He was 91. 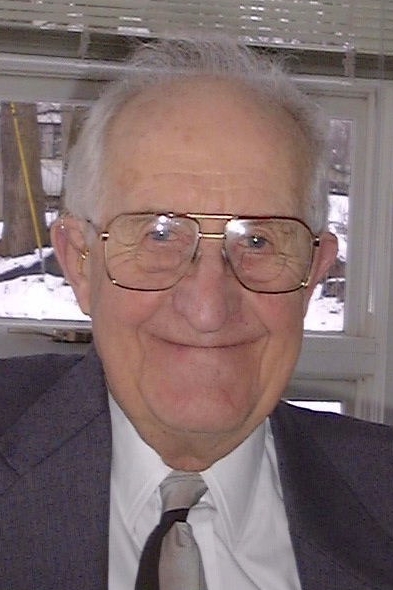 Fowler served a joint appointment in the school from 1988 until 1994 and again from 1999 until 2003 after a long and successful career in England.

Much of his work helped bridge the gap between radiation biology and the radiation oncology clinic. By mathematically modeling how radiation interacts with tissue, he advanced the concept of dose fractionation — dividing radiation therapy doses into several smaller doses to maximize the therapeutic effects and minimize damage to healthy tissue.

He defined the “biologically effective dose” to better describe radiation treatment schedules. This has become the standard for predicting radiation damage when the dose rate and dose-per-fraction rate are altered.

Fowler’s role was that of a scientific adviser, energizing and inspiring colleagues and offering his insights. He was instrumental in helping the Department of Human Oncology earn its first Program Project (P01) Grant for research on cellular proliferation and radiosensitivity. He also applied his expertise on dose escalation to the development of TomoTherapy, a radiotherapy system that delivers precise doses of radiation to tumors while allowing physicians to monitor treatment with a built-in CT scanner.

His work in dose fractionation helped establish the UW as a leader in brachytherapy — a technically demanding but highly effective treatment modality in which radioactive seeds are inserted directly into a tumor through a catheter, thereby enabling precise localization of the radiation dose.

“You could spend three minutes with him, and then you’d just want to go and do all these experiments. And he would help you design them.”

He was also an excellent teacher.

“Residents and graduate students felt honored that this man was here teaching very practical radiation biology concepts and formulae that would enable them to function as better radiobiologists,” says Dr. Richard Steeves, emeritus professor in the Department of Human Oncology.

One of these students was Dr. Steven Howard, associate professor in the department. “Jack was probably the most enthusiastic radiation biologist I have ever met. You could spend three minutes with him, and then you’d just want to go and do all these experiments. And he would help you design them. He was a great person to bounce ideas off of because he’d done so many experiments himself.”

Bhudatt Paliwal, professor emeritus of human oncology, collaborated with Fowler on several projects, including the Dose Fractionation Conference. “His dynamic personality immediately produced a spark,” Paliwal says. “When I was a junior assistant professor, Jack made me feel so excited as if I were a passenger in the seat of a Grand Prix race car, gulping for air, as Professor Fowler drove like the wind. Throughout my career his guidance and collaboration continued. Like so many of our colleagues, he energized and inspired me. The profession will miss him. All of his colleagues will miss him. I will miss him.”

After receiving his Ph.D. in radiation physics in 1955, Fowler spent several years in hospital physics before taking several positions in the U.K., joining the MRC Radiotherapeutic Research Unit at Hammersmith Hospital in 1959; becoming a reader in physics in St. Bartholomew’s Hospital Medical School; and a year later returning to Hammersmith as professor of medical physics. Fowler then served for nearly 20 years as director of the famed Gray Laboratory, where he guided and influenced the work of many of the world’s leading radiobiologists and radiation oncologists, immediately before coming to UW–Madison.

During his long career, Fowler published more than 500 peer-reviewed manuscripts and dozens of book chapters, delivered hundreds of lectures and presentations and received more than 30 honors and marks of distinction.

When Fowler retired in 2003, the Department of Human Oncology established the Jack Fowler Professorship, which was awarded to Paul Harari, who became DHO chair in 2007. “I am really fortunate to carry on the legacy of this man whom I revere, and to have had the opportunity to keep in touch with him and his wife, Anna, over the years,” Harari says. “He lived life in a really full and enjoyable way and had phenomenal energy. He was always enthusiastic about everything he did and felt there was always so much more to learn.”