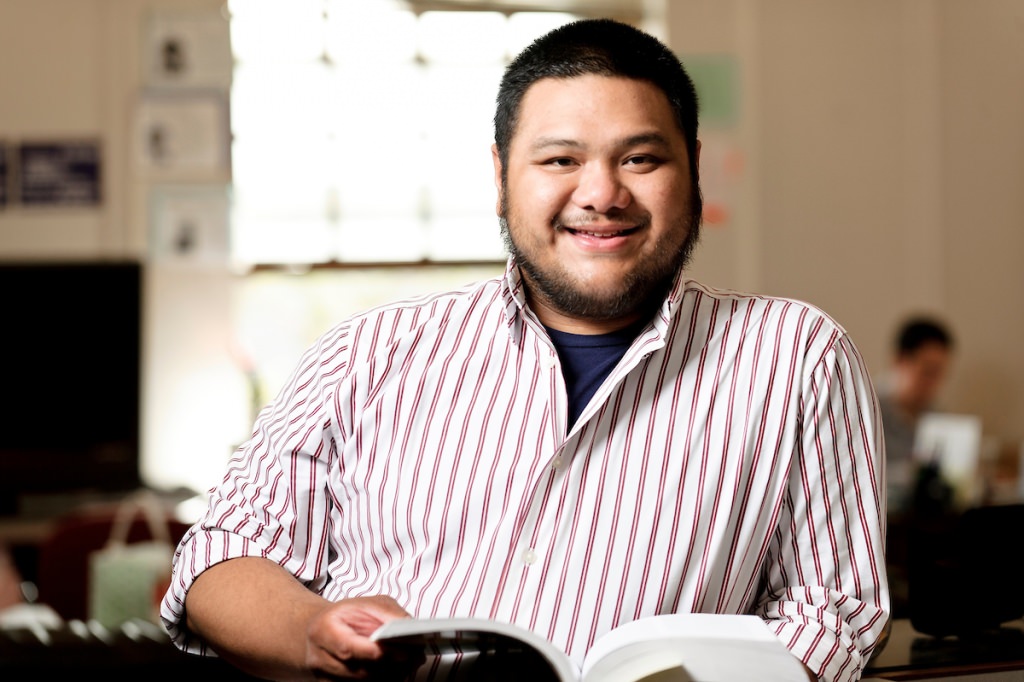 Gabe Javier, an assistant dean who has served as interim director of the Multicultural Student Center for more than a year, will become the center’s director Aug. 1.

His selection is one of several staffing decisions announced by the Division of Student Life.

Karla Foster has been named coordinator of the new Black Cultural Center, and Aaric Guerriero and Tristen Johnson have been hired to lead the “Our Wisconsin” inclusion program.

All four positions work to strengthen the campus by building community and by helping to create an environment where everyone feels welcome.

Both entities are inside the Red Gym at 716 Langdon St.

“I’m really happy and proud to be given this opportunity to work with such an amazing group of professionals at the Multicultural Student Center,” Javier says.

The MSC, founded in 1988, facilitates the academic life of students of color and develops activities to promote cultural identity and diversity. Javier says he’s especially interested in building coalitions across the campus and connecting with students of color beyond the walls of the center.

“These are tenuous times,” Javier says. “Whether we’re talking about domestic or international or undocumented students of color, we have a lot of challenges ahead. But I know how resilient and creative the students of color are on this campus, and I look forward to serving and working alongside them to address these challenges and to celebrate their successes.”

With his new appointment, Javier will be stepping down as director of the LGBT Campus Center. But his passionate commitment to the center will remain, he says. The process to find his replacement is underway.

The Black Cultural Center (BCC), an extension of the Multicultural Student Center, officially opened in May. It also is inside the Red Gym.

Students and others pushed for the center, with their efforts heightening in 2015 and continuing through the next year following a series of bias-related incidents on campus. Chancellor Rebecca Blank agreed with the need for the center, making its creation one of several priority initiatives to improve campus climate.

Foster had been serving as the BCC’s interim coordinator since November. She became its coordinator on June 19. 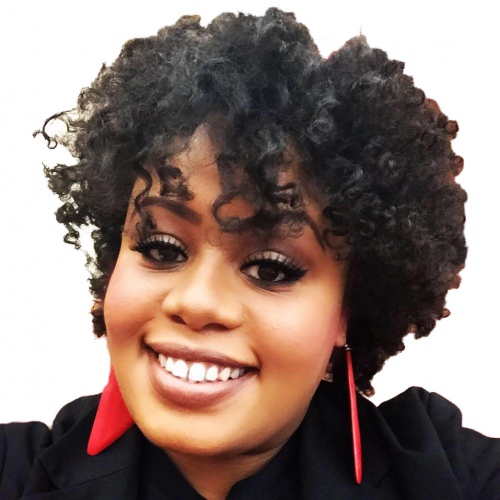 Foster has worked on campus since 2012 and was intimately involved in developing the center from the beginning. She assisted with its planning and design and established the Black Cultural Center Advisory Board.

“Karla has broad and deep experience with the center and strong relationships with black students on campus,” says Javier, who served on the search committee that hired her. “She’s committed to telling the story of black Badgers, and that makes her a great fit in the center’s inaugural year.”

A native of Gary, Indiana, Foster says her experience as an undergraduate at Indiana University–Bloomington illustrates the “priceless value” of campus cultural centers.

“I stepped in the doors of the black cultural center there and immediately knew there was a place for me in a sea of 40,000 students at a predominantly white institution,” she says. “I could see myself reflected in everything — the staff, the photos on the walls, the artwork, the history of the place. It helped shape who I am today.”

Foster’s undergraduate work included a minor in African American & African diaspora studies. She earned a master’s degree in student affairs and higher education from Indiana State University. At UW–Madison, her work has included serving as African American campus and community liaison in the Pathways to Educational Achievement office.

She wants the BCC to be a place that gives black students a heightened sense of historical pride and identity. It also is a place of learning that welcomes everyone, she says.

“It’s a space for black students to engage in thoughtful dialogue and discourse, as well as a space for other students to step outside of their comfort zones and learn more about our culture.”

New hires for “Our Wisconsin”

Guerriero and Johnson have been hired as full-time staff members for the “Our Wisconsin” cultural competency training, which debuted as a pilot program last year and will expand this fall.

The program aims to increase knowledge about cultural differences and promote community among incoming students. Workshops feature structured dialogue, activities, and reflection. Each workshop is co-led by a trained student facilitator and a staff or faculty facilitator. 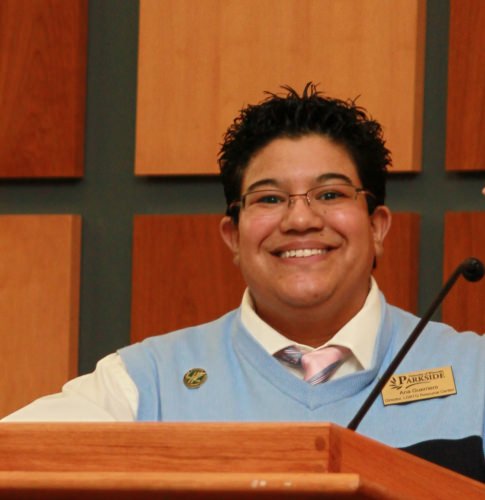 About 1,000 students voluntarily participated in the pilot program last fall. This fall, the program is expected to serve about 7,000 students. All students living in residence halls will be assigned an “Our Wisconsin” workshop by house community.

During the program’s inaugural year, “Our Wisconsin” had one full-time employee — Laura Klunder, inclusion education program director. She has left the position to pursue a Ph.D. in social work at UW–Madison. Guerriero will succeed her on Aug. 31.

“I’m so excited to be coming on board,” says Guerriero, a native of Clare, Michigan. “This is a program that really benefits the whole campus. Students interact with each other to gain a broader and deeper understanding of what true inclusion can look like.”

“I really call Wisconsin my heart home,” he says. “The opportunity I got at UW–Parkside was something really unmatched as far as personal and professional development.”

Guerriero earned a bachelor’s degree in recreation, parks and leisure services and a master’s degree in educational leadership from Central Michigan University. He has made diversity-related presentations to more than 500 classrooms, student organizations and Greek organizations, and he has developed LGBTQ “Safe Zone” programs for several colleges and universities, as well as for the Hewlett-Packard Company.

“Our Wisconsin” has added a second, full-time position this year. Johnson began July 7 as program coordinator.

A native of Peoria, Illinois, she most recently served as a residence hall director at the University of Illinois–Urbana-Champaign, overseeing day-to-day operations at two residence halls with a combined student population of 426. She provided direct leadership to 10 resident advisors, one multicultural advocate and four social justice peer leaders. She also managed the “Intersections” learning community — two floors designed to allow residents to find deeper ways to talk about race, culture and life experiences. 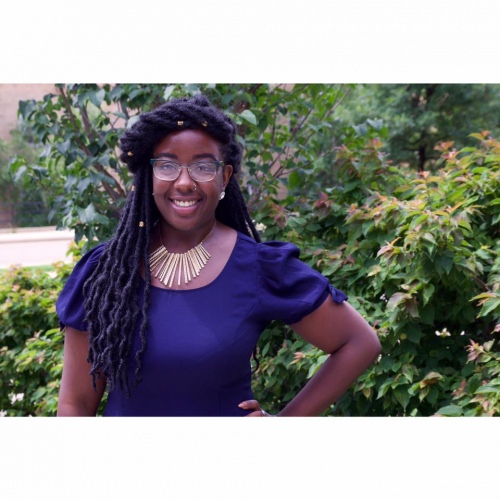 She views her job at UW–Madison as an extension of a lifelong commitment to social justice and diversity.

“What I love about the ‘Our Wisconsin’ program is that it will benefit students not just while they’re on campus, but also after they graduate,” she says. “We’re preparing them for success in a global, diverse world.”

Guerriero and Johnson will be charged with making sure the concepts introduced through “Our Wisconsin” are kept alive throughout the year, says Kevin Helmkamp, associate dean of students.

“The issues are complex — one workshop can only begin the conversation,” he says. “This is about making sure everyone has a Wisconsin Experience that allows them to maximize what they do here. That work never stops.”

During the pilot year for “Our Wisconsin,” its full-time staff member reported to a member of the central leadership team within the Division of Student Life. Due to its growth, “Our Wisconsin” now will be housed within the Center for the First-Year Experience, also part of the Division.

“We needed to find a home for ‘Our Wisconsin,’ and this is a great fit,” Helmkamp says. “The Center for the First-Year Experience already is geared toward incoming freshmen. They have the model and infrastructure in place, and their philosophy is to provide students with a year-round experience, which is how we want ‘Our Wisconsin’ to develop.”