A welcome concert held in the 660-seat Mead Witter Foundation Concert Hall was one of the highlights of the opening weekend celebration for the Hamel Music Center. The center, built entirely from private funds, also includes the 300-seat Collins Recital Hall, and the Sing Man & Florence Lee/Annette Kaufman Rehearsal Hall. As a gift to the community, admission to the opening weekend’s public concerts was free.

VIDEO: Chancellor Rebecca Blank cut the ribbon on the Mead Witter School of Music’s Hamel Music Center, which opened to rave reviews. It features state-of-the-art acoustics and recording technology designed to prepare students to perform at the highest of professional standards and allow faculty to offer exceptional and innovative educational experiences. As heard in the video, the concert was kicked off by a new Fanfare premiered by the Wisconsin Brass Quintet, written for the occasion by Professor Laura Schwendinger. 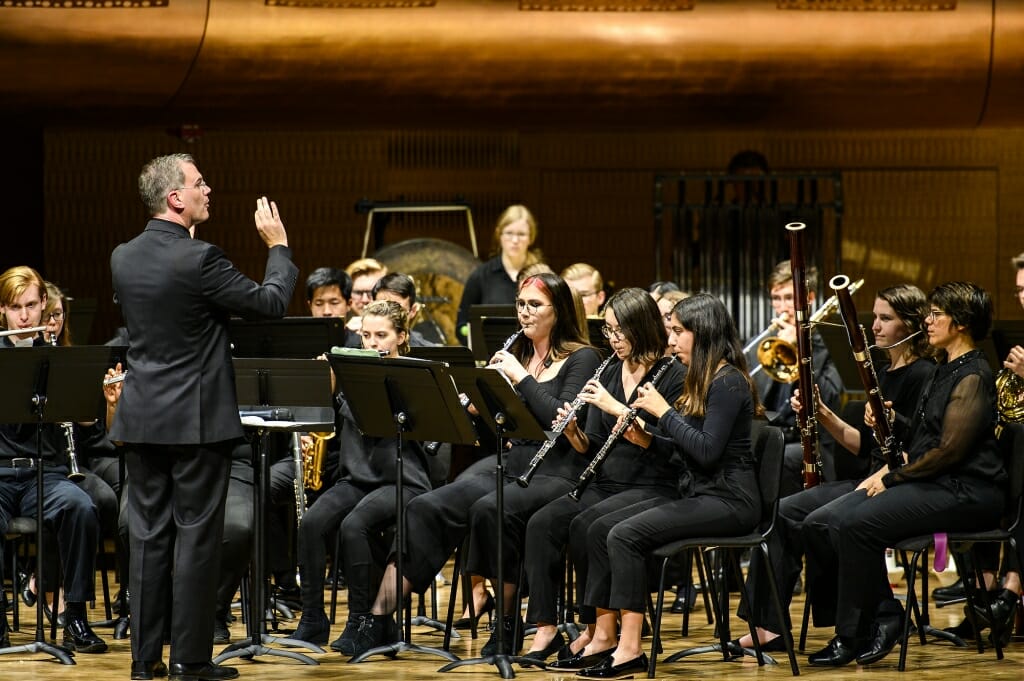 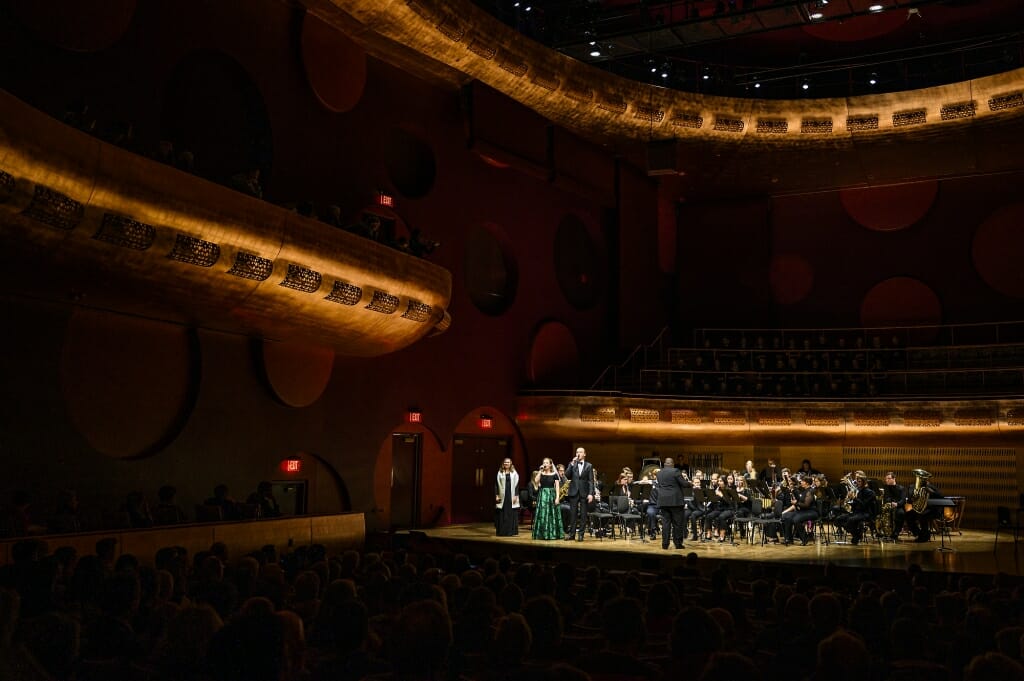 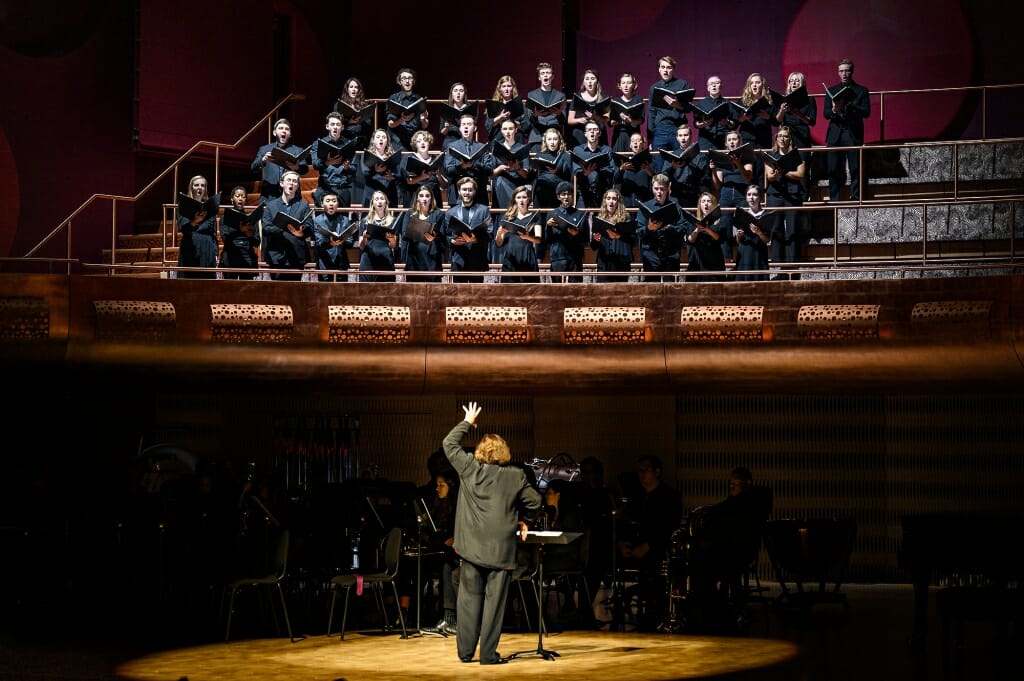 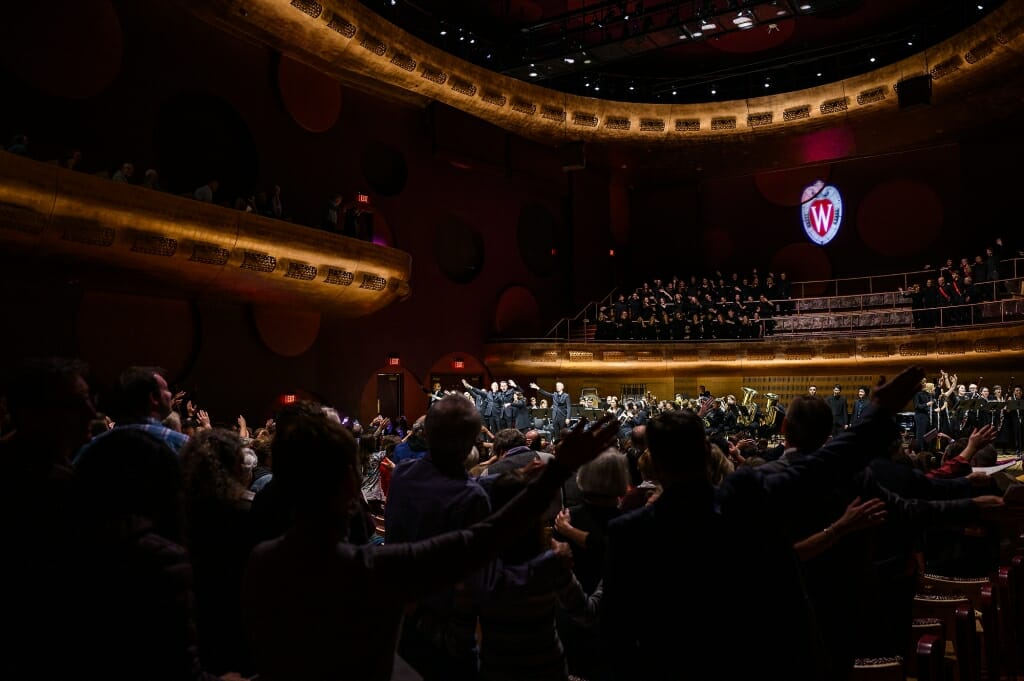 4 Members of the audience join in the singing of "Varsity!" Photo by Brian Huynh 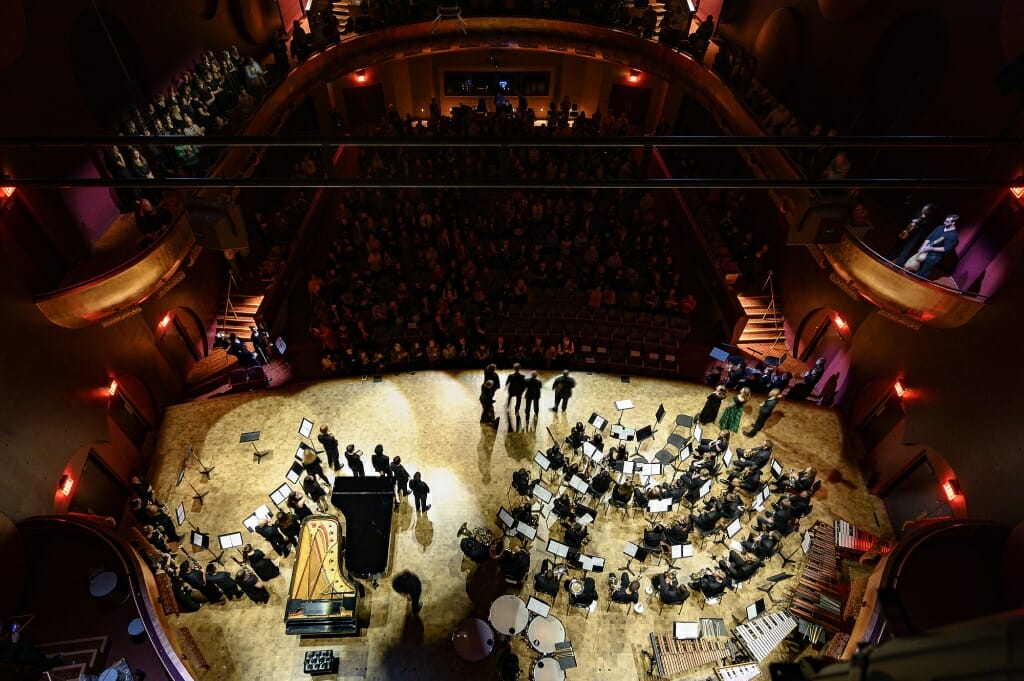 5 Musicians were given a rousing ovation after their performances. Photo by: Bryce Richter 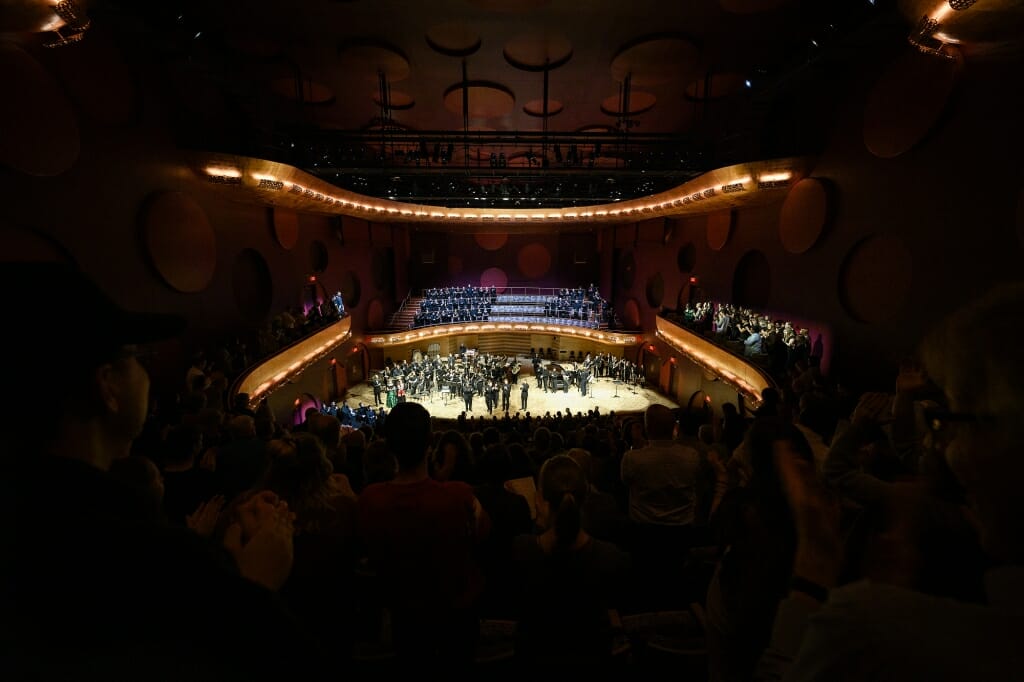 6 Members of the audience applaud at the end of the concert. Photo by: Bryce Richter