Critical communications component made on a flexible wooden film

In the not-too-distant future, flexible electronics will open the door to new products like foldable phones, tablets that can be rolled, paper-thin displays and wearable sensors that monitor health data. Developing these new bendy products, however, means using materials like new plastics and thin films to replace the rigid circuit boards and bulky electronic components that currently occupy the interiors of cell phones and other gadgets.

New research by a University of Wisconsin–Madison engineer leverages a surprising and inexpensive substance — wood — to make the flexible microwave circuits that power modern communications.

In a paper published today in the journal Nature Communications, Zhenqiang “Jack” Ma, a UW–Madison professor of electrical and computer engineering, explains how he and his collaborators constructed a functional microwave amplifier circuit on a substrate of cellulose nanofibril paper, a wood product. 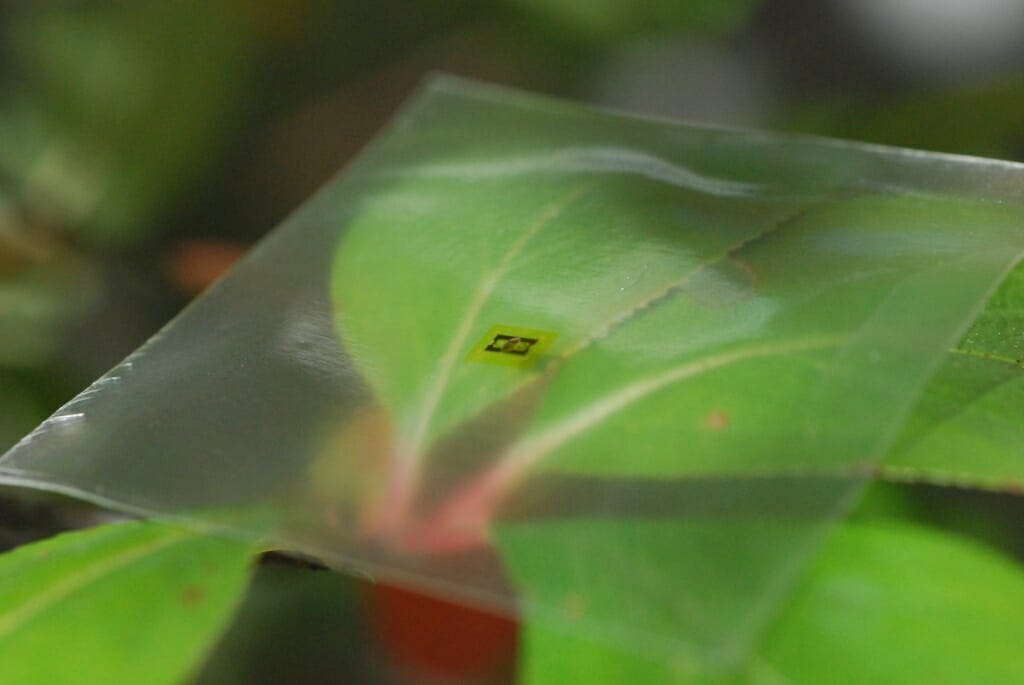 UW–Madison engineers and collaborators have constructed a functional microwave amplifier circuit — a common piece of electronics used in wireless communications — on a flexible substrate made of wood fiber. Image byHuilong Zhang

Microwave components, which are used in wireless communication, have proved difficult to produce in a flexible form and are typically constructed on integrated semiconductor chips or printed on circuit boards. But flexible versions, including thin-film transistors and other components Ma has been creating for more than a decade, could have widespread applications in wearable devices, drones and as part of large-area microwave arrays used in 5G wireless networks and advanced communication systems.

In the new amplifier, Ma and his colleagues began with cellulose nanofibril paper as the substrate. In recent years, Ma has collaborated with researchers from the U.S. Department of Agriculture Forest Products Laboratory in Madison, and from the Wisconsin Institute for Discovery to assess the feasibility of using the material as a substrate for flexible electronic circuits. The paper is made by breaking wood fiber down into nanoscale fibrils, or tiny slender fibers, then recombining them to produce a strong, flexible, transparent and biodegradable film.

And, instead of layering the entire wood substrate with expensive gallium nitride, currently the highest performing microwave transistor material, the team used just a speck of the compound. 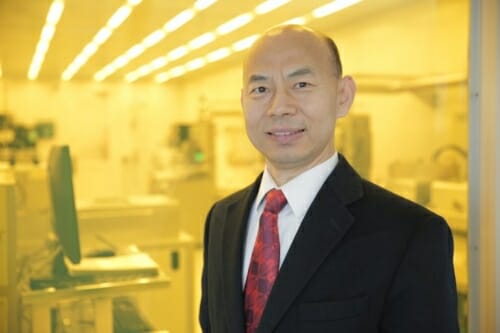 “We have a new strategy here,” says Ma, whose work was supported by the U.S. Endowment for Forestry and Communities. “We use a tiny bead of the expensive substance, 500 microns by 500 microns, and the rest is wood. Compared to the gallium nitride, the cost of the wood is essentially nothing. The final outcome is an amplifier that works very well.”

The flexible circuit can output 10 milliwatts of power beyond 5 gigahertz, and the cellulose nanofibril substrate is just as compatible with the microwave components as polyethylene substrates.

But that’s not the only aspect that Ma is excited about. Since it is made primarily of wood fiber, the entire circuit easily decomposes or burns, essentially leaving behind no electronic waste. In their paper, Ma and his team demonstrate this, setting the chip alight with a candle and leaving behind just a small smattering of ash in just a few seconds.

The substrate is not just for microwave applications, but could be useful for all sorts of flexible electronic components. And that could make a big difference for the environment.

“If you look at your own house, there are probably lots of old electronics,” Ma says. “There are TVs, computer monitors, phones — all full of electronic circuits. You can’t do much with them and that generates a lot of waste. We can replace a lot of existing components with these types of circuits.”

This research was supported by a grant from the U.S. Endowment for Forestry and Communities (590 E17-21).