The presence of a state prison in a county was associated with 11% more COVID-19 cases through July 1, 2020, according to a new study from the University of Wisconsin–Madison.

Many of the cases were likely due to the spread of COVID-19 within prisons. But researchers estimate that 95,000 cases and more than 3,300 deaths across the U.S. — the majority of the prison-associated cases — were due to spillover from prisons into surrounding communities.

The findings suggest both that prisons are vulnerable to diseases entering from outside and that they can then incubate and amplify those diseases and spread them to surrounding communities. The study authors say that counties that host prisons should prepare for future outbreaks by prioritizing the health of both incarcerated populations and those living in nearby towns. 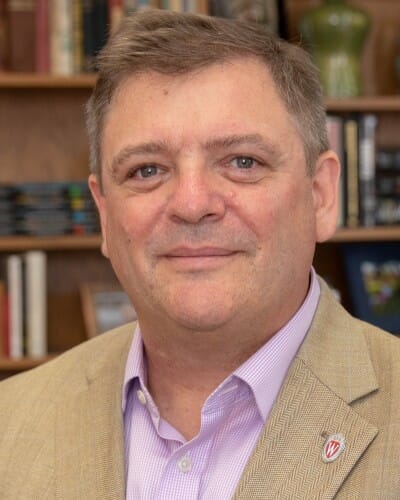 “Your community is safer if your prison population is healthy,” says Jeremy Foltz, one of the study authors and a professor of agricultural and applied economics at UW–Madison. The findings were published June 29 in the American Journal of Public Health.

The researchers searched for associations between COVID-19 and prisons by using public data on the number of cases of COVID-19 during the spring of 2020 and information on the presence of county jails and state and federal prisons. They controlled for county-level factors that might have affected the spread of COVID-19, such as the presence of nursing homes and population density.

Neither county jails nor federal prisons correlated with more COVID-19 cases. Federal prisons began restricting movement between and inside prisons starting in April of 2020, which might have reduced disease spread.

County-level data on the number of cases within prisons were not available, which made it difficult to quantify disease spread inside versus outside of prisons. But based on national data, the researchers estimated that about 70% of prison-associated cases were likely in the surrounding community.

“If we’re creating holistic public health policies, prisons are an important factor,” says Kaitlyn Sims, an author of the report and a doctoral student in agricultural and applied economics at UW–Madison. “Given the unique challenges that prisons face, it’s important that we pay attention to them and recognize that they need equally unique policies.”