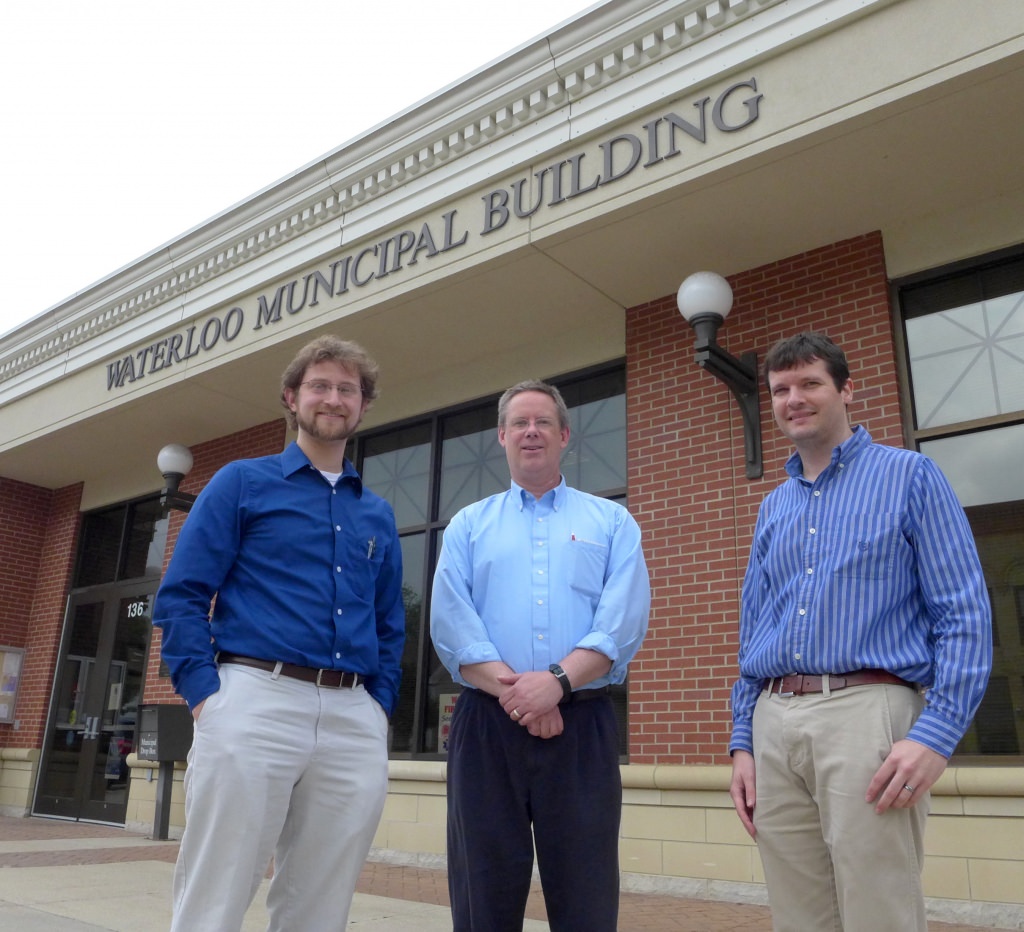 A “capstone class” taught at the Wisconsin Energy Institute is helping the Wisconsin city of Waterloo evaluate whether it could generate all its electricity from renewable sources on city-owned land.

The project attracted “a good combination of interests,” among the students, says Andrew Lewandowski, head of Waterloo’s volunteer renewable energy committee. “They were motivated, and it was not just people who think ‘great, it’s a solar panel, and I don’t care about anything else.’”

The students’ report concluded that city-owned land could house three wind turbines that would provide half of the city’s electricity, but that another three turbines, likely placed on private land, would be needed to fill out the requirement. Though wind power was determined to be the most cost effective by the students, other renewable resources were researched, including a solar garden, anaerobic digester, and biomass power plant.

Obviously, no undergraduate project can map out the entire route toward a renewable future, concedes Lewandowski, a pediatrician in Madison. “The conclusions make sense, but I’m not an engineer, and they are not yet engineers. Nonetheless, the students were instrumental in creating an analysis that furthered Waterloo’s goals while also offering a learning opportunity for the students.”

Lewondoski has a bachelor’s degree from UW–Madison in medical microbiology and immunology, and he’s on the steering committee for the Wisconsin Environmental Health Network, which focuses on environmental health and its impact on human health.

The capstone class, Inter-Engineering 601, is part of the new Certificate in Engineering for Energy Sustainability. 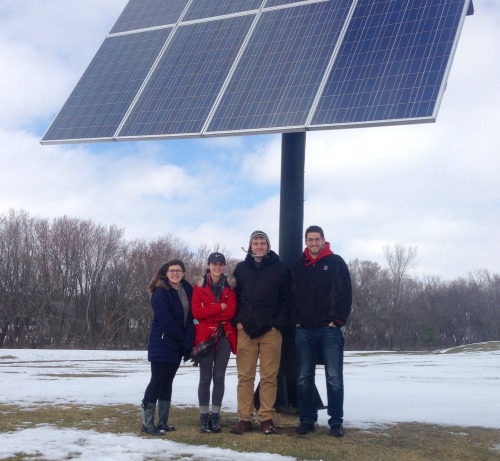 “There was not enough opportunity for students to complete the capstone requirement,” says Scott Williams, research and education coordinator at the Wisconsin Energy Institute. To fill the gap, Williams and co-instructor John Murphy of Engineering Physics sought out real-world analytical and design problems for groups of students from various engineering and environmental disciplines.

For the first edition of the class, held this spring and just concluded, Williams solicited semester-long projects needing analysis, engineering or design:

“Luckily, Waterloo came to us,” Williams says. “Andrew Lewandowski asked for assistance answering this question: What would it take for Waterloo to be 100 percent powered by renewable energy, physically located on city land, and what, roughly would it cost?”

The students met with city personnel, looking for potential sites of renewable energy generation inside the city limits, and calculated how much they could produce, at what cost.

Five of the 21 class members joined the Waterloo team.

The city proved to be a good test bed.

“The unique thing about Waterloo is that it’s 3,300 people, so you can get a core group of folks to move a project through the community pretty quickly,” says Lewandowski.  “Madison has 4,000 layers of bureaucracy. Here, I tell Mo (Hansen, city clerk and treasurer), that I’m interested in energy. He talks to the mayor, and a committee is formed. Things can move quickly with the support of people in the community.  You have to show how it is going to benefit  and how you will get past the drawbacks. Step one is something to present to the community, and that is the student report.”

The object now “is to get eyes on the report, to stir the pot,” says Hansen, a UW–Madison graduate in political science. “We want local community interest to percolate up, and this report is the initial step in generating that interest. UW–Madison has come up with a basic product that says something like this is feasible. Here are the barriers, here are the advantages. We are always interested in partners; it’s great for students to learn in a real-life setting.”

Lisa Walsh, a native of Sussex, Wisconsin, took the class as a junior majoring in biological systems engineering. “My favorite part was working with Andrew and Mo,” she says. “They are passionate about moving Waterloo ahead, and it was really cool being able to work with them, moving their idea a step forward. I am interested in consulting, and the class gave me a good look into what consultants do, and the information they need, and how they can get involved with clients.”