The edited cells are a step toward studying the degenerative neurological disorder in a primate model, which has proven elusive. Parkinson’s, which affects more than 10 million people worldwide, progressively degrades the nervous system, causing characteristic tremors, dangerous loss of muscle control, cardiac and gastrointestinal dysfunction and other issues. 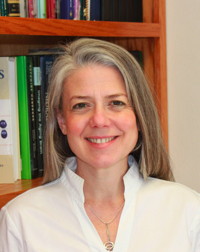 “We know now how to insert a single mutation, a point mutation, into the marmoset stem cell,” says Marina Emborg, professor of medical physics and leader of University of Wisconsin–Madison scientists who published their findings Feb. 26 in the journal Scientific Reports. “This is an exquisite model of Parkinson’s. For testing therapies, this is the perfect platform.”

The researchers used a version of the gene-editing technology CRISPR to change a single nucleotide — one molecule among more than 2.8 billion pairs of them found in a common marmoset’s DNA — in the cells’ genetic code and give them a mutation called G2019S.

In human Parkinson’s patients, the mutation causes abnormal over-activity of an enzyme, a kinase called LRRK2, involved in a cell’s metabolism. Other gene-editing studies have employed methods in which the cells produced both normal and mutated enzymes at the same time. The new study is the first to result in cells that make only enzymes with the G2019S mutation, which makes it easier to study what role this mutation plays in the disease.

“The metabolism inside our stem cells with the mutation was not as efficient as a normal cell, just as we see in Parkinson’s,” says Emborg, whose work is supported by the National Institutes of Health. “Our cells had a shorter life in a dish. And when they were exposed to oxidative stress, they were less resilient to that.”

The mutated cells shared another shortcoming of Parkinson’s: lackluster connections to other cells. Stem cells are an especially powerful research tool because they can develop into many different types of cells found throughout the body. When the researchers spurred their mutated stem cells to differentiate into neurons, they developed fewer branches to connect and communicate with neighboring neurons.

“We can see the impact of these mutations on the cells in the dish, and that gives us a glimpse of what we could see if we used the same genetic principles to introduce the mutation into a marmoset,” says Jenna Kropp Schmidt, a Wisconsin National Primate Research Center scientist and co-author of the study. “A precisely genetically-modified monkey would allow us to monitor disease progression and test new therapeutics to affect the course of the disease.”

The concept has applications in research beyond Parkinson’s.

“We can use some of the same genetic techniques and apply it to create other primate models of human diseases,” Schmidt says.

The researchers also used marmoset stem cells to test a genetic treatment for Parkinson’s. They shortened part of a gene to block LRRK2 production, which made positive changes in cellular metabolism.

“We found no differences in viability between the cells with the truncated kinase and normal cells, which is a big thing. And when we made neurons from these cells, we actually found an increased number of branches,” Emborg says. “This kinase gene target is a good candidate to explore as a potential Parkinson’s therapy.”